Context. Massive ultra-compact galaxies (MUGs) are common at z = 2-3, but very rare in the nearby Universe. Simulations predict that the few surviving MUGs should reside in galaxy clusters, whose large relative velocities prevent them from merging, thus maintaining their original properties (namely stellar populations, masses, sizes and dynamical state).
Aims: Our goal is to obtain a complete census of the MUG population at 0.02 < z < 0.3, determining the number density, population properties and environment.
Methods: We have taken advantage of the high-completeness, large-area spectroscopic GAMA survey, complementing it with deeper imaging from the KiDS and VIKING surveys. We find a set of 22 bona-fide MUGs, defined as having high stellar mass (> 8 × 1010 M☉) and compact size (Re < 2 kpc). An additional set of seven lower-mass objects (6 × 1010 < M⋆/M☉ < 8 × 1010) are also potential candidates according to typical mass uncertainties.
Results: The comoving number density of MUGs at low redshift (z < 0.3) is constrained at (1.0 ± 0.4)×10-6 Mpc-3, consistent with galaxy evolution models. However, we find a mixed distribution of old and young galaxies, with a quarter of the sample representing (old) relics. MUGs have a predominantly early or swollen disk morphology (Sérsic index 1 < n < 2.5) with high stellar surface densities (⟨Σe⟩∼1010 M☉ Kpc-2). Interestingly, a large fraction feature close companions - at least in projection - suggesting that many (but not all) reside in the central regions of groups. Halo masses show these galaxies inhabit average-mass groups.
Conclusions: As MUGs are found to be almost equally distributed among environments of different masses, their relative fraction is higher in more massive overdensities, matching the expectations that some of these galaxies fell in these regions at early times. However, there must be another channel leading some of these galaxies to an abnormally low merger history because our sample shows a number of objects that do not inhabit particularly dense environments.

Based on observations made with ESO Telescopes at the La Silla Paranal Observatory under programmes ID 179.A-2004 and ID 177.A-3016. 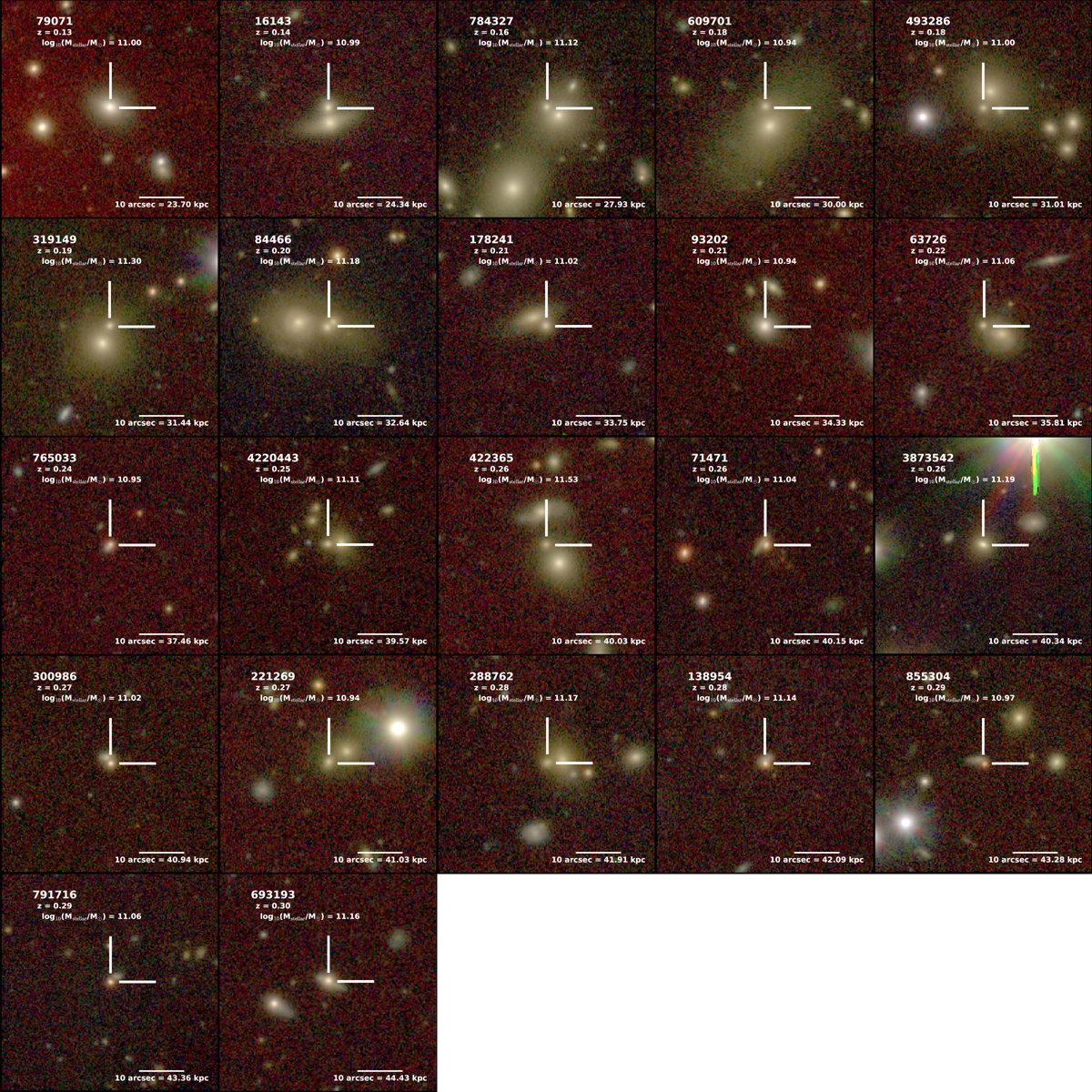