Spectral analysis of SXP59.0 during its 2017 outburst and properties of the soft excess in X-ray binary pulsars

We report the results provided by the XMM-Newton observation of the X-ray binary pulsar SXP59.0 during its most recent outburst in April 2017. The source was detected at fX(0.2-12 keV) = 8 × 10-11erg cm-2 s-1, one of its highest flux levels reported to date. The measured pulse period was Pspin = 58.949(1) s, very similar to the periods measured in most of the previous observations. The pulsed emission was clearly detected over the whole energy range between 0.2 and 12 keV, but the pulse profile is energy dependent and the pulsed fraction increases as the energy increases. Although the time-averaged EPIC spectrum is dominated by a power-law component (with photon index Γ = 0.76 ± 0.01), the data show an evident soft excess, which can be described with the sum of a black-body and a hot thermal plasma component (with temperatures kTBB = 171+11-14 eV and kTAPEC = 1.09+0.16-0.09 keV, respectively). Moreover, the EPIC and RGS spectra show narrow emission lines due to N, O, Ne, Mg, and Fe. The phase-resolved spectral analysis of the EPIC data shows that the flux of the black-body component varies with the pulse phase, while the plasma component is almost constant. We show that the black-body component can be attributed to the reprocessing of the primary emission by the optically thick material at the inner edge of the accretion disc, while the hot plasma component is due to a diffuse gas far from the accretion region and the narrow emission lines of the RGS spectrum are most probably due to photoionized matter around the accreting source. 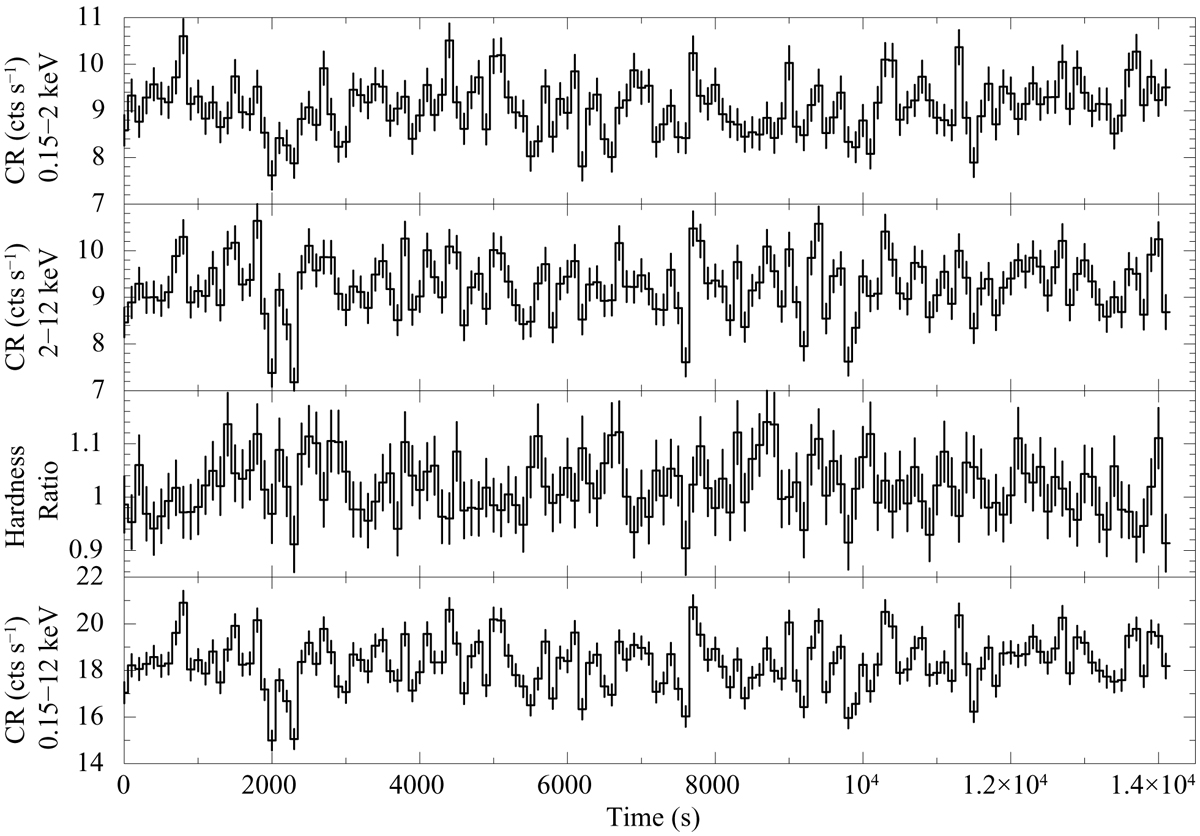