Context. The ratio of the first overtone (1O)/fundamental (F) periods of mixed-mode Cepheids that pulsate simultaneously in these two modes (F/1O) is metallicity-dependent. It can therefore be used to characterize the systems that host such variable stars.
Aims: We want to take advantage of the F/1O double-mode Cepheids listed in the Gaia Data Release 2 (DR2) catalog to derive the metallicity gradient in the Milky Way disk.
Methods: The metallicity is derived from the ratio of the first overtone and fundamental periods provided by Gaia DR2 while the Gaia DR2 parallaxes are used to determine the Galactocentric distances of the stars.
Results: From a visual inspection of the light curves, it turns out that a large fraction (77%) of the Galactic F/1O double-mode Cepheids in Gaia DR2 are spurious detections. Gaia DR2 provides three new bona fide F/1O Cepheids. Combining them with the currently known F/1O Cepheids and using the Gaia DR2 parallaxes for the entire sample, we can derive the metallicity gradient in the Milky Way disk. We find a slope of -0.045 ± 0.007 dex kpc-1 using a bootstrap method, and of -0.040 ± 0.002 dex kpc-1 using a total least squares method. These results are in good agreement with previous determinations of the [Fe/H] gradient in the disk based on canonical Cepheids.
Conclusions: The period ratio of F/1O Cepheids allows for a reliable determination of the metallicity gradient in the Milky Way, and in turn, in other systems that would be difficult to reach via classical spectroscopic methods. 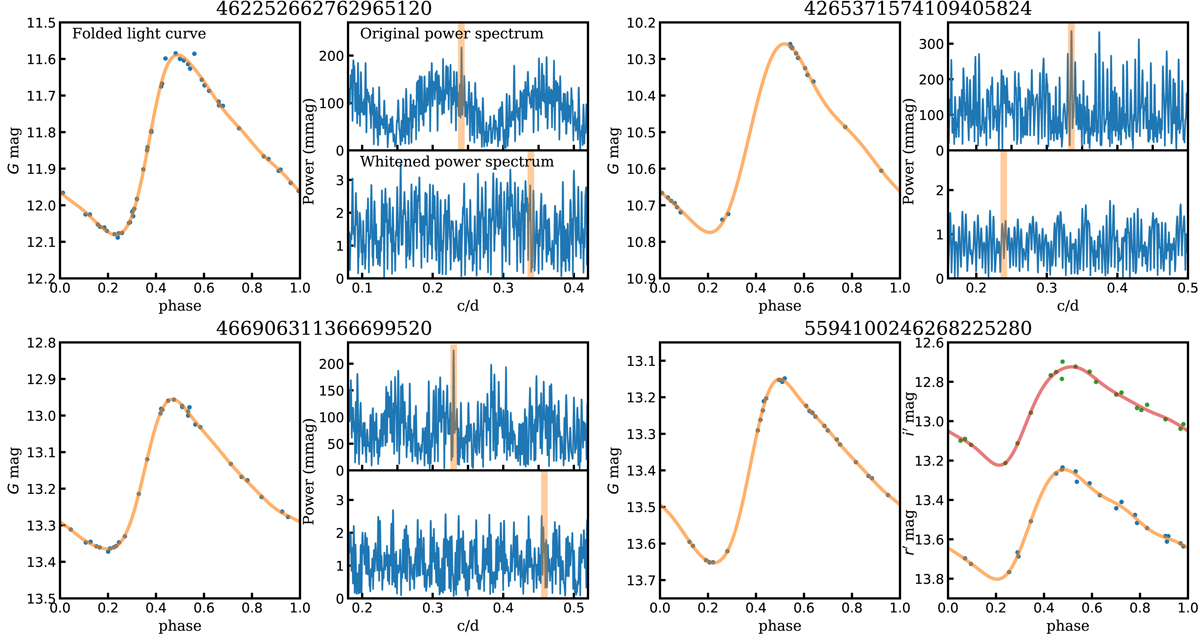