Weighing the two stellar components of the Galactic bulge

Context.Recent spectroscopic surveys of the Galactic bulge have unambiguously shown that the bulge contains two main components, which are best separated by their iron content, but also differ in spatial distribution, kinematics, and abundance ratios. The so-called metal poor component peaks at [Fe/H] ∼ -0.4, while the metal rich component peaks at [Fe/H] ∼ +0.3. The total metallicity distribution function is therefore bimodal with a dip at [Fe/H] ∼ 0. The relative fraction of the two components changes significantly across the bulge area.
Aims: We provide, for the first time, the fractional contribution of the metal poor and metal rich stars to the stellar mass budget of the Galactic bulge and its variation across the bulge area.
Methods: This result follows from the combination of the stellar mass profile obtained empirically, by our group, from VISTA Variables in the Vía Láctea data, with the relative fraction of metal poor and metal rich stars, across the bulge area, derived from the GIRAFFE Inner Bulge spectroscopic Survey.
Results: We find that metal poor stars make up 48% of the total stellar mass of the bulge, within the region |l| < 10, |b| < 9.5 and that the remaining 52% are made up of metal rich stars. The latter dominate the mass budget at intermediate latitudes |b| ∼ 4, but become marginal in the outer bulge (|b| > 8). The metal poor component is more axisymmetric than the metal rich component, and it is at least comparable and possibly slightly dominant in the inner few degrees. As a result, the metal poor component, which does not follow the main bar, is not marginal in terms of the total mass budget as previously thought, and this new observational evidence must be included in bulge models. While the trend of the total radial velocity dispersion follows the total stellar mass, when we examine the velocity dispersion of each component individually, we find that metal poor stars have higher velocity dispersion where they make up a smaller fraction of the stellar mass, and vice versa. This is due to the kinematical and spatial distribution of the two metallicity components being significantly different, as already discussed in the literature. 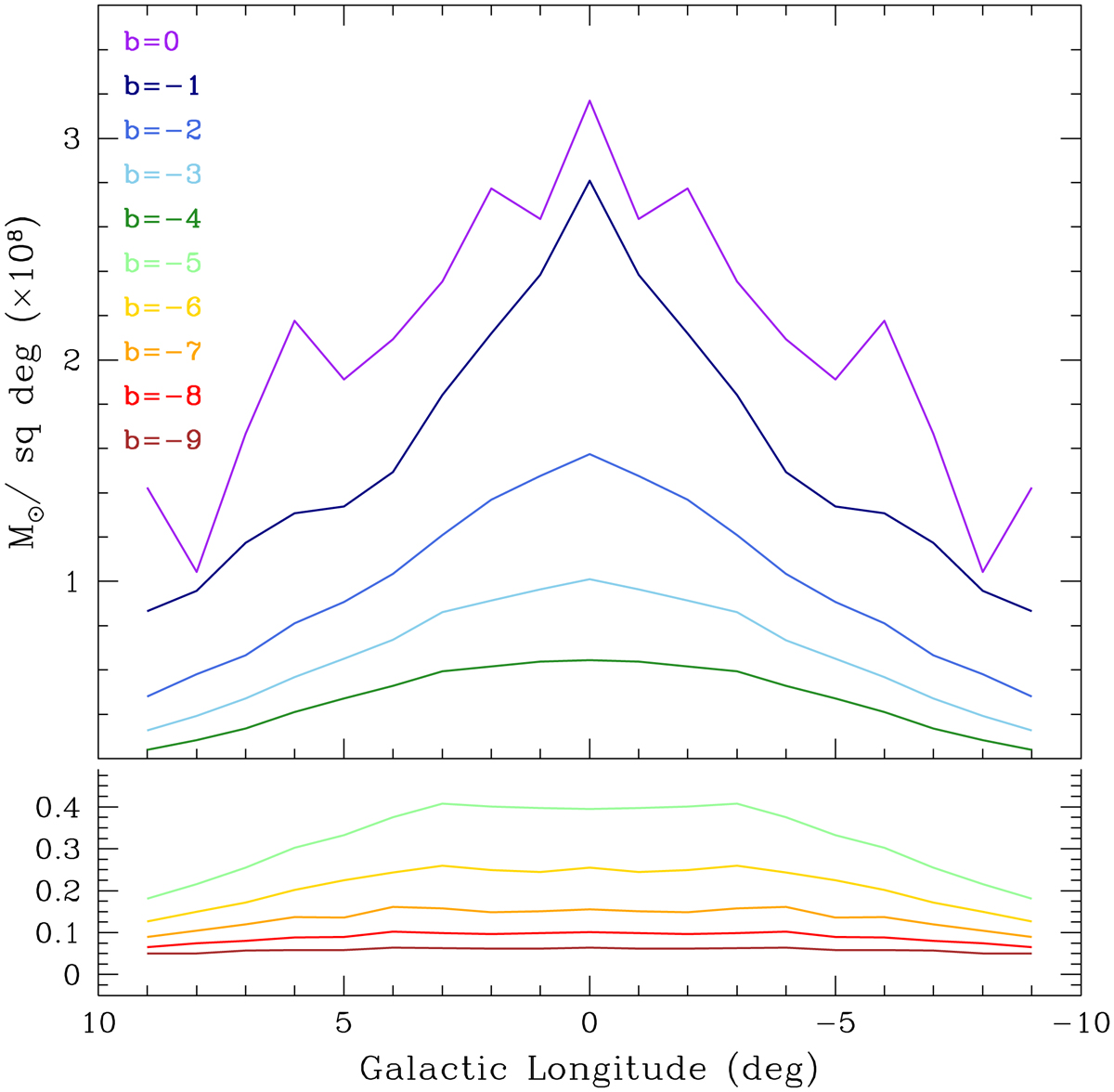