Aims: In this study, the main goal is to understand the molecular cloud core collapse through the stages of first and second hydrostatic core formation. We investigate the properties of Larsons first and second cores following the evolution of the molecular cloud core until the formation of Larson's cores. We expand these collapse studies for the first time to span a wide range of initial cloud masses from 0.5 to 100 M⊙.
Methods: Understanding the complexity of the numerous physical processes involved in the very early stages of star formation requires detailed thermodynamical modelling in terms of radiation transport and phase transitions. For this we used a realistic gas equation of state via a density- and temperature-dependent adiabatic index and mean molecular weight to model the phase transitions. We used a grey treatment of radiative transfer coupled with hydrodynamics to simulate Larsons collapse in spherical symmetry.
Results: We reveal a dependence of a variety of first core properties on the initial cloud mass. The first core radius and mass increase from the low-mass to intermediate-mass regime and decrease from the intermediate-mass to high-mass regime. The lifetime of first cores strongly decreases towards the intermediate- and high-mass regimes.
Conclusions: Our studies show the presence of a transition region in the intermediate-mass regime. Low-mass protostars tend to evolve through two distinct stages of formation that are related to the first and second hydrostatic cores. In contrast, in the high-mass star formation regime, collapsing cloud cores rapidly evolve through the first collapse phase and essentially immediately form Larson's second cores. 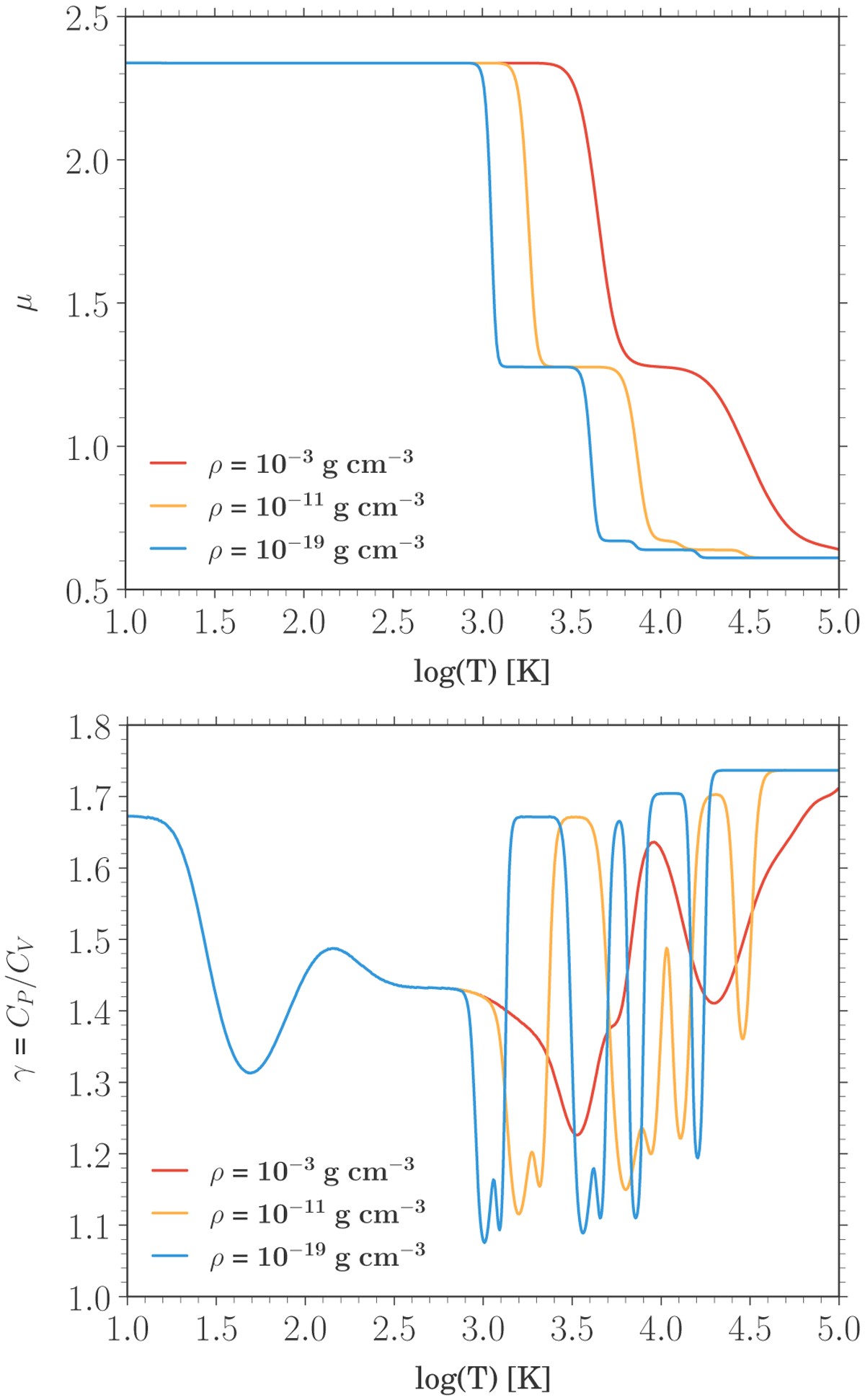