Context. Co-orbital bodies are the byproduct of planet formation and evolution, as we know from the solar system. Although planet-size co-orbitals do not exists in our planetary system, dynamical studies show that they can remain stable for long periods of time in the gravitational well of massive planets. Should they exist, their detection is feasible with the current instrumentation.
Aims: In this paper, we present new ground-based observations searching for these bodies co-orbiting with nine close-in (P < 5 days) planets, using various observing techniques. The combination of all of these techniques allows us to restrict the parameter space of any possible trojan in the system.
Methods: We used multi-technique observations, comprised of radial velocity, precision photometry, and transit timing variations, both newly acquired in the context of the TROY project and publicly available, to constrain the presence of planet-size trojans in the Lagrangian points of nine known exoplanets.
Results: We find no clear evidence of trojans in these nine systems through any of the techniques used down to the precision of the observations. However, this allows us to constrain the presence of any potential trojan in the system, especially in the trojan mass or radius vs. libration amplitude plane. In particular, we can set upper mass limits in the super-Earth mass regime for six of the studied systems.

Based on observations collected at the Centro Astronómico Hispano Alemán (CAHA) at Calar Alto, operated jointly by the Max-Planck Institut für Astronomie and the Instituto de Astrofísica de Andalucía (CSIC).Partly based on data obtained with the STELLA robotic telescopes in Tenerife, an AIP facility jointly operated by AIP and IAC.Based on observations collected at the European Organisation for Astronomical Research in the Southern Hemisphere under ESO programs 297.C-5051, 098.C-0440(A), and 298.C-5009 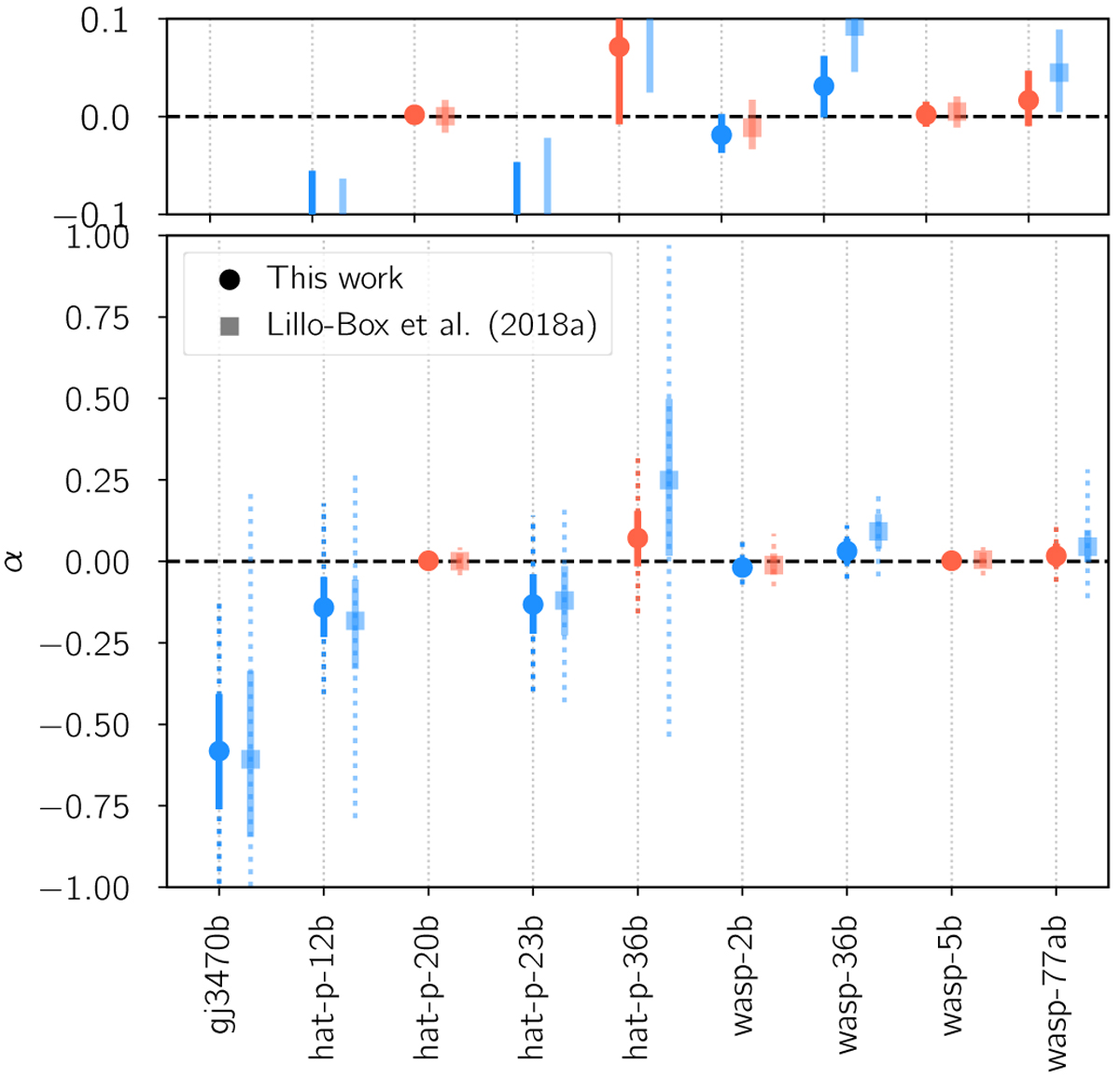