Context. High-mass stars form in clusters, but neither the early fragmentation processes nor the detailed physical processes leading to the most massive stars are well understood.
Aims: We aim to understand the fragmentation, as well as the disk formation, outflow generation, and chemical processes during high-mass star formation on spatial scales of individual cores.
Methods: Using the IRAM Northern Extended Millimeter Array (NOEMA) in combination with the 30 m telescope, we have observed in the IRAM large program CORE the 1.37 mm continuum and spectral line emission at high angular resolution ( 0.4″) for a sample of 20 well-known high-mass star-forming regions with distances below 5.5 kpc and luminosities larger than 104 L☉.
Results: We present the overall survey scope, the selected sample, the observational setup, and the main goals of CORE. Scientifically, we concentrated on the mm continuum emission on scales on the order of 1000 AU. We detect strong mm continuum emission from all regions, mostly due to the emission from cold dust. The fragmentation properties of the sample are diverse. We see extremes where some regions are dominated by a single high-mass core whereas others fragment into as many as 20 cores. A minimum-spanning-tree analysis finds fragmentation at scales on the order of the thermal Jeans length or smaller suggesting that turbulent fragmentation is less important than thermal gravitational fragmentation. The diversity of highly fragmented vs. singular regions can be explained by varying initial density structures and/or different initial magnetic field strengths.
Conclusions: A large sample of high-mass star-forming regions at high spatial resolution allows us to study the fragmentation properties of young cluster-forming regions. The smallest observed separations between cores are found around the angular resolution limit which indicates that further fragmentation likely takes place on even smaller spatial scales. The CORE project with its numerous spectral line detections will address a diverse set of important physical and chemical questions in the field of high-mass star formation. 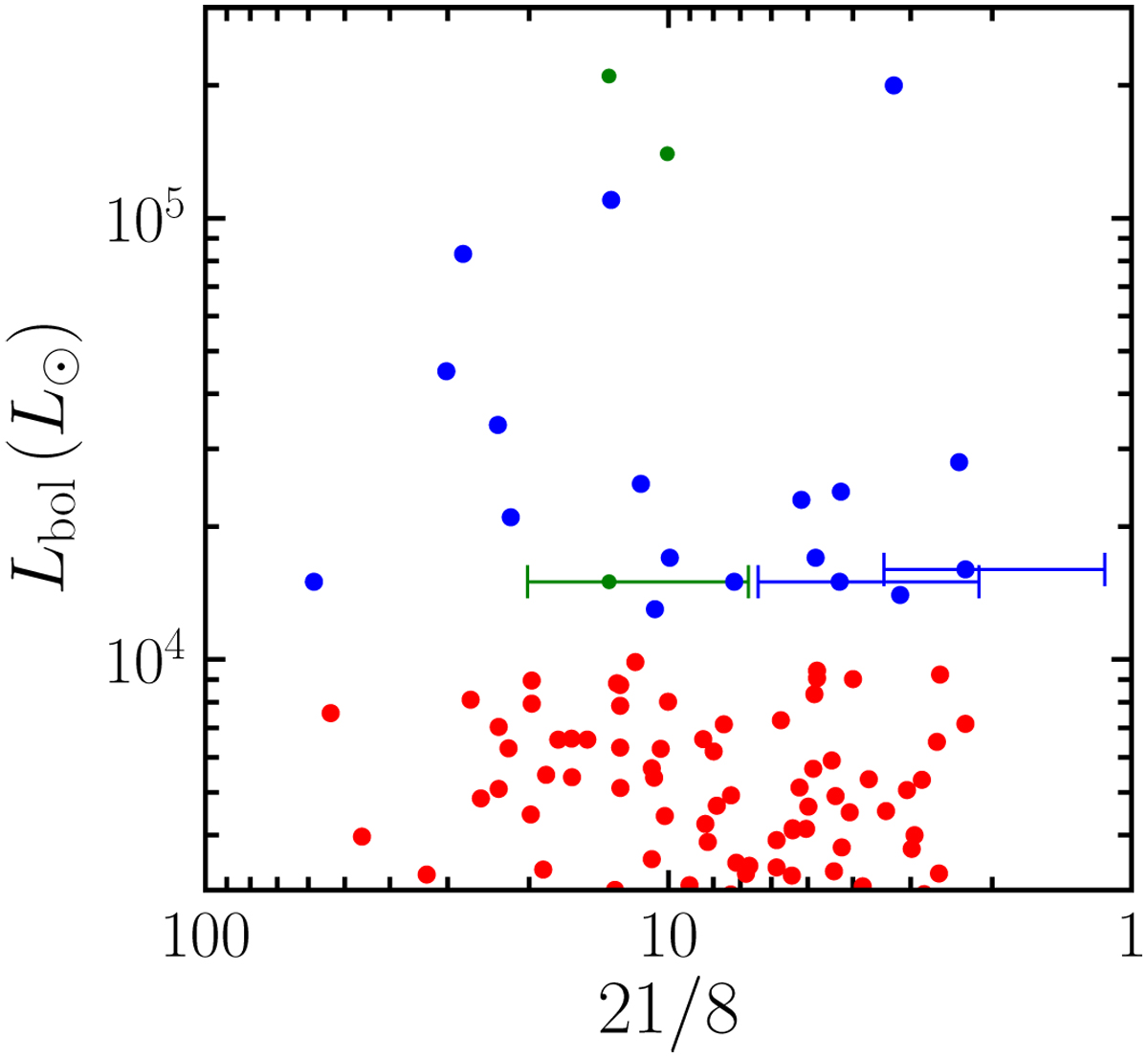