Context. Dense highly ionized boundary layers (IBLs) outside of the neutral Photon Dominated Regions (PDRs) have recently been detected via the 122 and 205 μm transitions of ionized nitrogen. These layers have higher densities than in the Warm Ionized Medium (WIM) but less than typically found in H II regions. Observations of [C II] emission, which is produced in both the PDR and IBL, do not fully define the characteristics of these sources. Observations of additional probes which just trace the PDRs, such as the fine structure lines of atomic oxygen, are needed derive their properties and distinguish among different models for [C II] and [N II] emissison.
Aims: We derive the properties of the PDRs adjacent to dense highly ionized boundary layers of molecular clouds.
Methods: We combine high-spectral resolution observations of the 63 μm [O I] fine structure line taken with the upGREAT HFA-band instrument on SOFIA with [C II] observations to constrain the physical conditions in the PDRs. The observations consist of samples along four lines of sight (LOS) towards the inner Galaxy containing several dense molecular clouds. We interpret the conditions in the PDRs using radiative transfer models for [C II] and [O I].
Results: We have a 3.5-σ detection of [O I] toward one source but only upper limits towards the others. We use the [O I] to [C II] ratio, or their upper limits, and the column density of C+ to estimate the thermal pressure, Pth, in these PDRs. In two LOS the thermal pressure is likely in the range 2-5 × 105 in units of K cm-3, with kinetic temperatures of order 75-100 K and H2 densities, n(H2) 2-4 × 103 cm-3. For the other two sources, where the upper limits on [O I] to [C II] are larger, Pth ≲105 (K cm-3). We have also used PDR models that predict the [O I] to [C II] ratio, along with our observations of this ratio, to limit the intensity of the Far UV radiation field.
Conclusions: The [C II] and [N II] emission with either weak, or without any, evidence of [O I] indicates that the source of dense highly ionized gas traced by [N II] most likely arises from the ionized boundary layers of clouds rather than from H II regions. 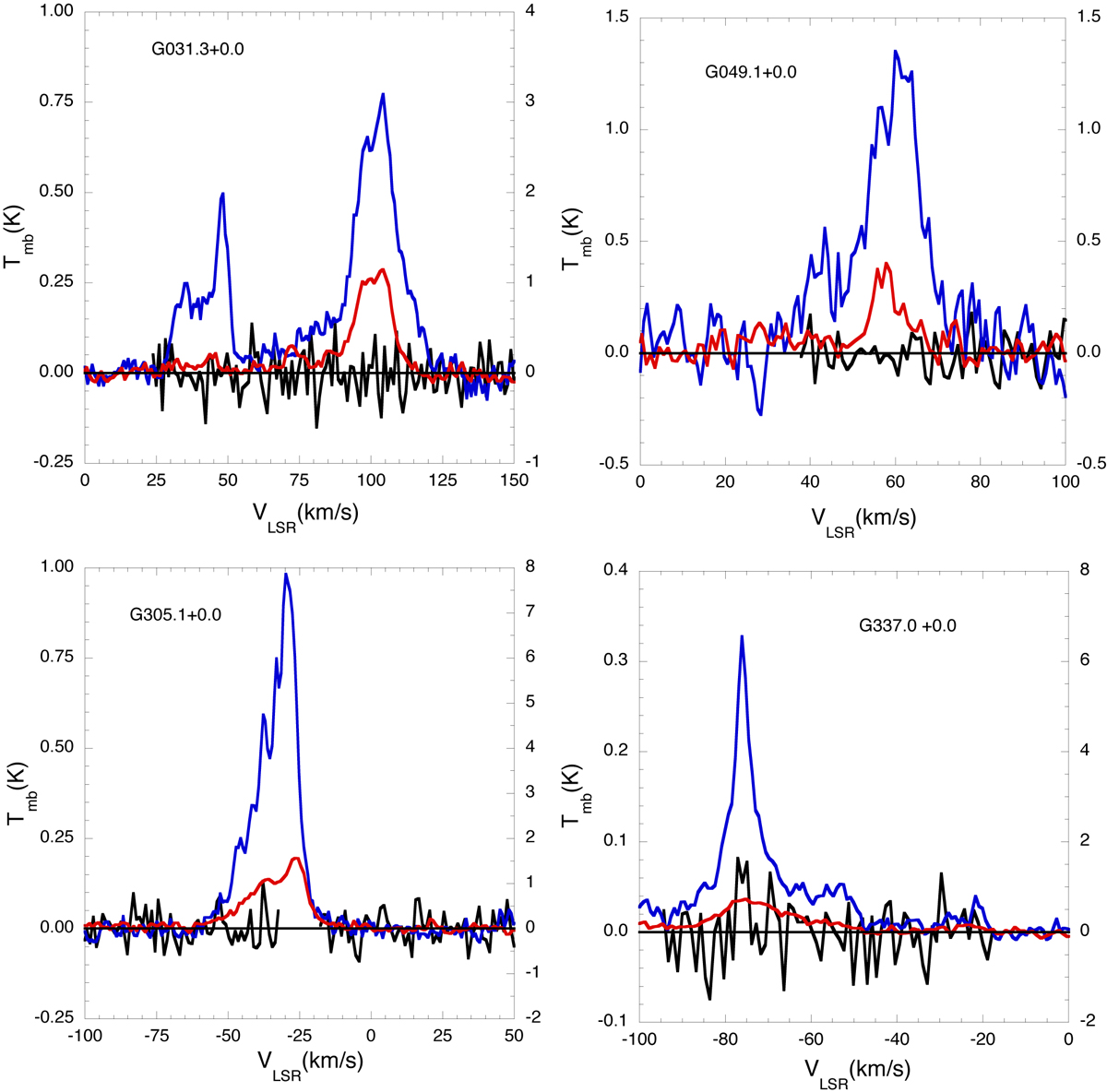