Context. Young circumstellar disks are the birthplaces of planets. Their study is of prime interest to understand the physical and chemical conditions under which planet formation takes place. Only very few detections of planet candidates within these disks exist, and most of them are currently suspected to be disk features.
Aims: In this context, the transition disk around the young star PDS 70 is of particular interest, due to its large gap identified in previous observations, indicative of ongoing planet formation. We aim to search for the presence of an embedded young planet and search for disk structures that may be the result of disk-planet interactions and other evolutionary processes.
Methods: We analyse new and archival near-infrared images of the transition disk PDS 70 obtained with the VLT/SPHERE, VLT/NaCo, and Gemini/NICI instruments in polarimetric differential imaging and angular differential imaging modes.
Results: We detect a point source within the gap of the disk at about 195 mas ( 22 au) projected separation. The detection is confirmed at five different epochs, in three filter bands and using different instruments. The astrometry results in an object of bound nature, with high significance. The comparison of the measured magnitudes and colours to evolutionary tracks suggests that the detection is a companion of planetary mass. The luminosity of the detected object is consistent with that of an L-type dwarf, but its IR colours are redder, possibly indicating the presence of warm surrounding material. Further, we confirm the detection of a large gap of 54 au in size within the disk in our scattered light images, and detect a signal from an inner disk component. We find that its spatial extent is very likely smaller than 17 au in radius, and its position angle is consistent with that of the outer disk. The images of the outer disk show evidence of a complex azimuthal brightness distribution which is different at different wavelengths and may in part be explained by Rayleigh scattering from very small grains.
Conclusions: The detection of a young protoplanet within the gap of the transition disk around PDS 70 opens the door to a so far observationally unexplored parameter space of planetary formation and evolution. Future observations of this system at different wavelengths and continuing astrometry will allow us to test theoretical predictions regarding planet-disk interactions, planetary atmospheres, and evolutionary models. 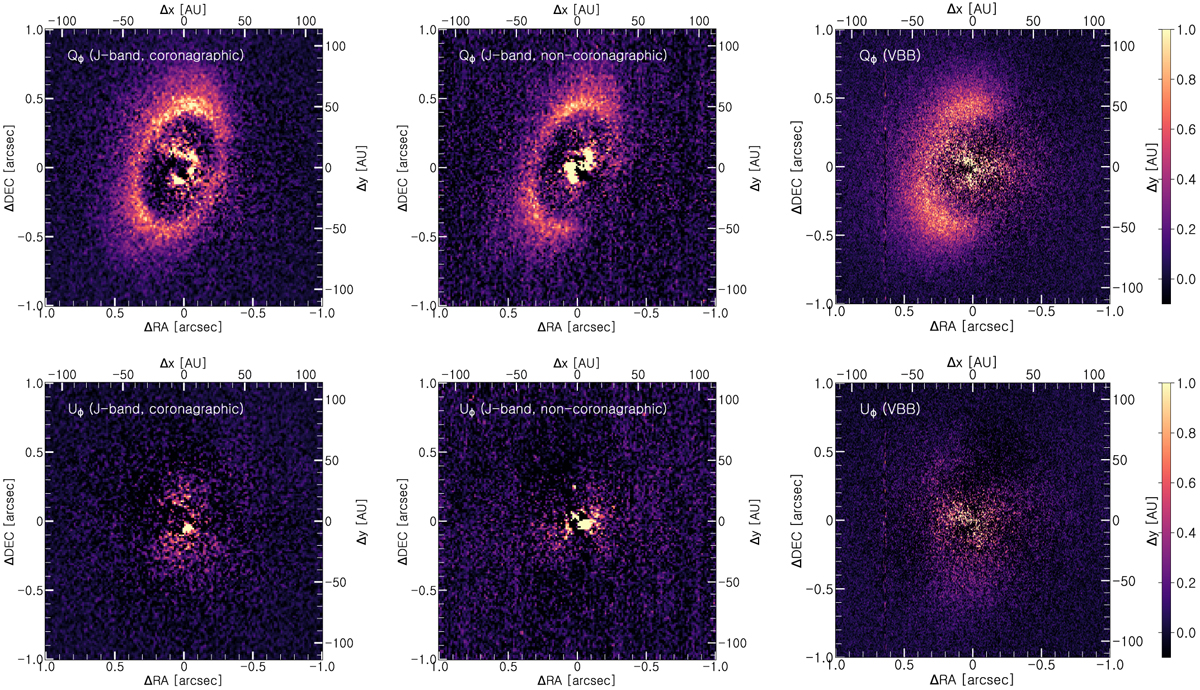