Three dynamically distinct stellar populations in the halo of M49

Context. M49 (NGC 4472) is the dominant galaxy in subcluster B of the Virgo Cluster, and a benchmark for studying the build-up of the extended halos of brightest group galaxies in the outskirts of galaxy clusters.
Aims: We investigate the kinematics in the outer halo of M49, look for substructures, and describe the transition to the surrounding intra-group light.
Methods: As kinematic tracers, we use planetary nebulae (PNe), combining kinematics from the extended Planetary Nebula Spectrograph (PN.S) early-type galaxy survey with our recent deep photometric sample. We study the position-velocity-plane for bright and faint PN populations out to 95 kpc radius, and employ a multi-Gaussian model for the velocity distribution to identify stellar populations with distinct kinematics and histories.
Results: We report the detection of stellar-kinematic substructure associated with the interaction of M49 with the dwarf irregular galaxy VCC 1249. We find two kinematically distinct PN populations associated with the main M49 halo and the extended intra-group light (IGL). These have velocity dispersions σhalo ≃ 170 km s-1 and σIGL ≃ 400 km s-1 at 10-80 kpc radii. The overall luminosity profile and velocity dispersion at 80 kpc are consistent with a flat circular velocity curve extrapolated from X-ray observations. The dispersion of the PNe associated with the IGL joins onto that of the satellite galaxies in subcluster B at 100 kpc radius. This is the first time that the transition from halo to IGL is observed based on the velocities of individual stars.
Conclusions: Therefore the halo of M49, consisting of at least three distinct components, has undergone an extended accretion history within its parent group potential. The blue colours of the IGL component are consistent with a population of stars formed in low-mass galaxies at redshift 0.5 that has since evolved passively, as suggested by other data.

Based on data collected at Subaru Telescope, which is operated by the National Astronomical Observatory of Japan under programme S14A-006 and with the William Herschel Telescope operated on the island of La Palma by the Isaac Newton Group of Telescopes in the Spanish Observatorio del Roque de los Muchachos of the Instituto de Astrofísica de Canarias. 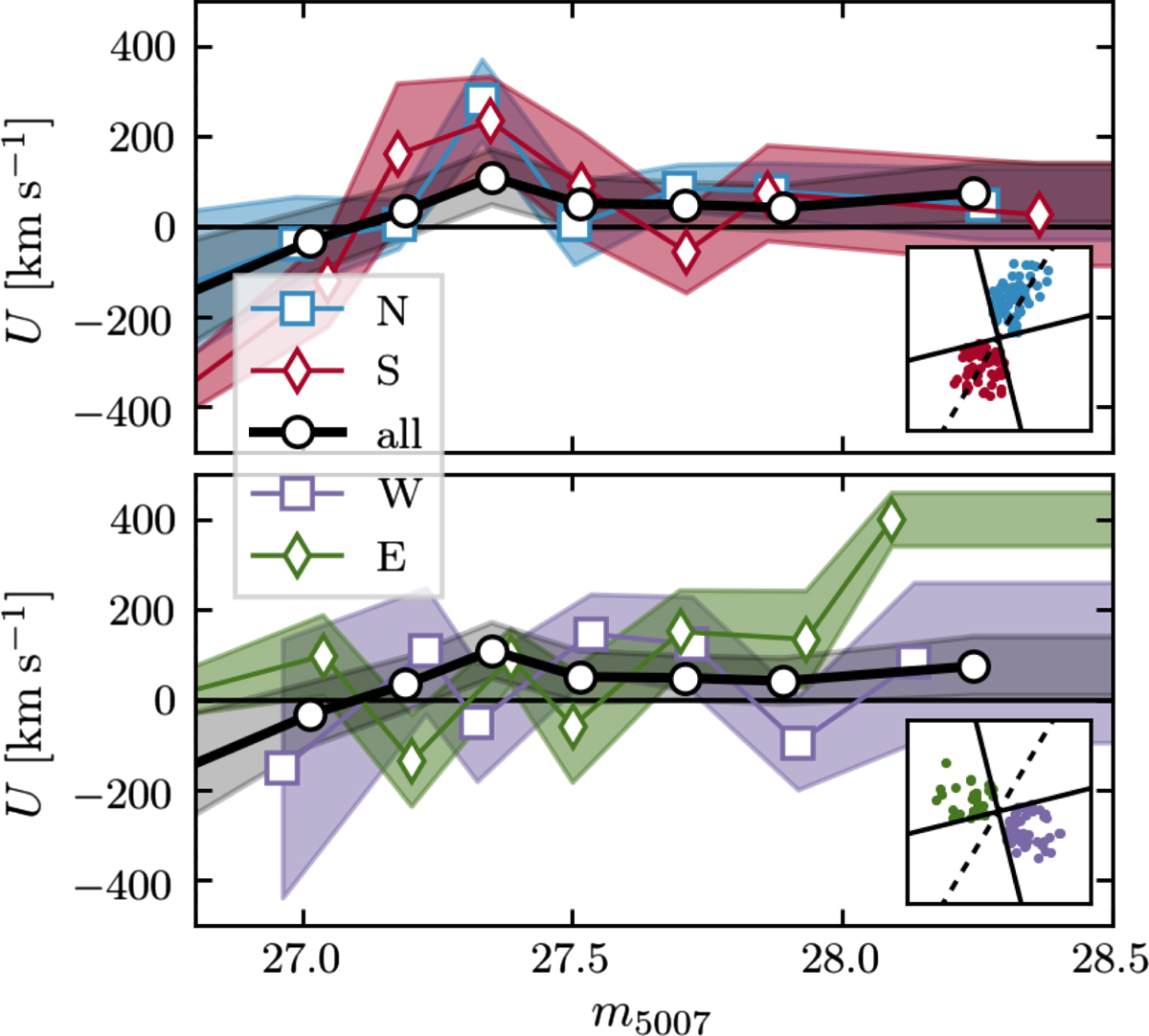