Aims: To understand planet formation it is necessary to study the birth environment of planetary systems. Resolved imaging of young planet forming disks allows us to study this environment in great detail and find signs of planet-disk interaction and disk evolution. In the present study we aim to investigate the circumstellar environment of the spectroscopic binary T Tauri star CS Cha. From unresolved mid-to far-infrared photometry it is predicted that CS Cha hosts a disk with a large cavity. In addition, spectral energy distribution modeling suggests significant dust settling, pointing toward an evolved disk that may show signs of ongoing or completed planet formation.
Methods: We observed CS Cha with the high contrast imager SPHERE at the ESO Very Large Telescope (VLT) in polarimetric differential imaging mode to resolve the circumbinary disk in near-infrared scattered light. These observations were followed up by VLT/NACO L-band observations and complemented by archival VLT/NACO K-band and Hubble Space Telescope WFPC2 I-band data.
Results: We resolve the compact circumbinary disk around CS Cha for the first time in scattered light. We find a smooth, low inclination disk with an outer radius of 55 au (at 165 pc). We do not detect the inner cavity but find an upper limit for the cavity size of 15 au. Furthermore, we find a faint comoving companion with a projected separation of 210 au from the central binary outside of the circumbinary disk. The companion is detected in polarized light and shows an extreme degree of polarization (13.7 ± 0.4% in the J band). The J- and H-band magnitudes of the companion are compatible with masses of a few MJup. However, K-, L-, and I-band data draw this conclusion into question. We explore with radiative transfer modeling whether an unresolved circum-companion disk can be responsible for the high polarization and complex photometry. We find that the set of observations is best explained by a heavily extincted low-mass ( 20 MJup) brown dwarf or high-mass planet with an unresolved disk and dust envelope. 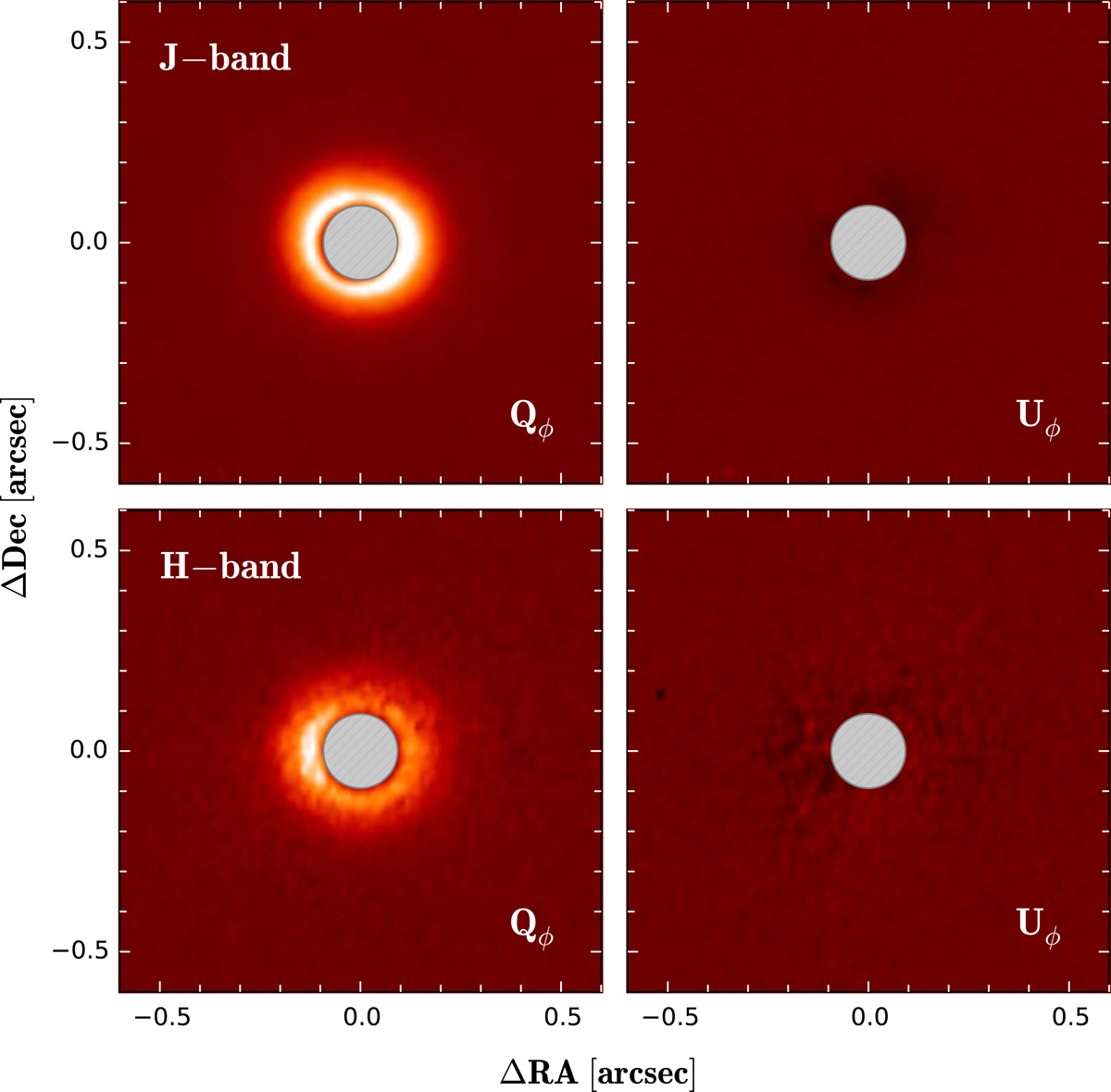