We analyze a [C II] 158 μm map obtained with the L2 GREAT receiver on SOFIA of the reflection nebula illuminated by the early B star S 1 in the ρ Oph A cloud core. This data set has been complemented with maps of CO(3-2), 13CO(3-2), and C18O(3-2), observed as a part of the James Clerk Maxwell Telescope (JCMT) Gould Belt Survey, with archival HCO+(4-3) JCMT data, as well as with [O I] 63 and 145 μm imaging with Herschel/PACS. The [C II] emission is completely dominated by the strong emission from the photon dominated region (PDR) in the nebula surrounding S 1 expanding into the dense Oph A molecular cloud west and south of S 1. The [C II] emission is significantly blueshifted relative to the CO spectra and also relative to the systemic velocity, particularly in the northwestern part of the nebula. The [C II] lines are broader toward the center of the S 1 nebula and narrower toward the PDR shell. The [C II] lines are strongly self-absorbed over an extended region in the S 1 PDR. Based on the strength of the [13C II] F = 2-1 hyperfine component, [C II] is significantly optically thick over most of the nebula. CO and 13CO(3-2) spectra are strongly self-absorbed, while C18O(3-2) is single peaked and centered in the middle of the self-absorption. We have used a simple two-layer LTE model to characterize the background and foreground cloud contributing to the [C II] emission. From this analysis we estimated the extinction due to the foreground cloud to be 9.9 mag, which is slightly less than the reddening estimated toward S 1. Since some of the hot gas in the PDR is not traced by low-J CO emission, this result appears quite plausible. Using a plane parallel PDR model with the observed [O I](145)/[C II] brightness ratio and an estimated FUV intensity of 3100-5000 G0 suggests that the density of the [C II] emitting gas is 3-4 × 103 cm-3. 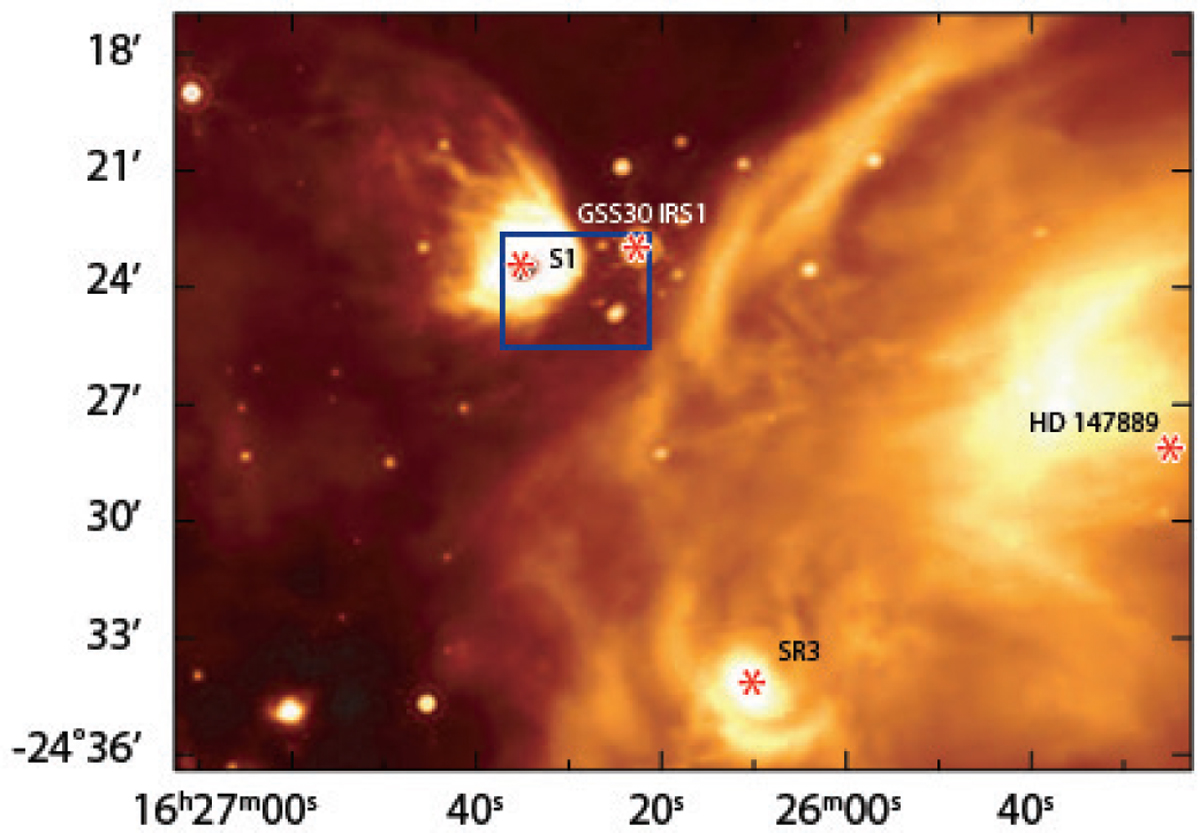