Depletion of 15N in the center of L1544: Early transition from atomic to molecular nitrogen?

We performed sensitive observations of the N15ND+(1-0) and 15NND+(1-0) lines toward the prestellar core L1544 using the IRAM 30 m telescope. The lines are not detected down to 3σ levels in 0.2 km s-1 channels of 6 mK. The non-detection provides the lower limit of the 14N/15N ratio for N2D+ of 700-800, which is much higher than the elemental abundance ratio in the local interstellar medium of 200-300. The result indicates that N2 is depleted in 15N in the central part of L1544, because N2D+ preferentially traces the cold dense gas, and because it is a daughter molecule of N2. In situ chemistry is probably not responsible for the 15N depletion in N2; neither low-temperature gas phase chemistry nor isotope selective photodissociation of N2 explains the 15N depletion; the former prefers transferring 15N to N2, while the latter requires the penetration of interstellar far-ultraviolet (FUV) photons into the core center. The most likely explanation is that 15N is preferentially partitioned into ices compared to 14N via the combination of isotope selective photodissociation of N2 and grain surface chemistry in the parent cloud of L1544 or in the outer regions of L1544, which are not fully shielded from the interstellar FUV radiation. The mechanism is most efficient at the chemical transition from atomic to molecular nitrogen. In other words, our result suggests that the gas in the central part of L1544 has previously gone trough the transition from atomic to molecular nitrogen in the earlier evolutionary stage, and that N2 is currently the primary form of gas-phase nitrogen. 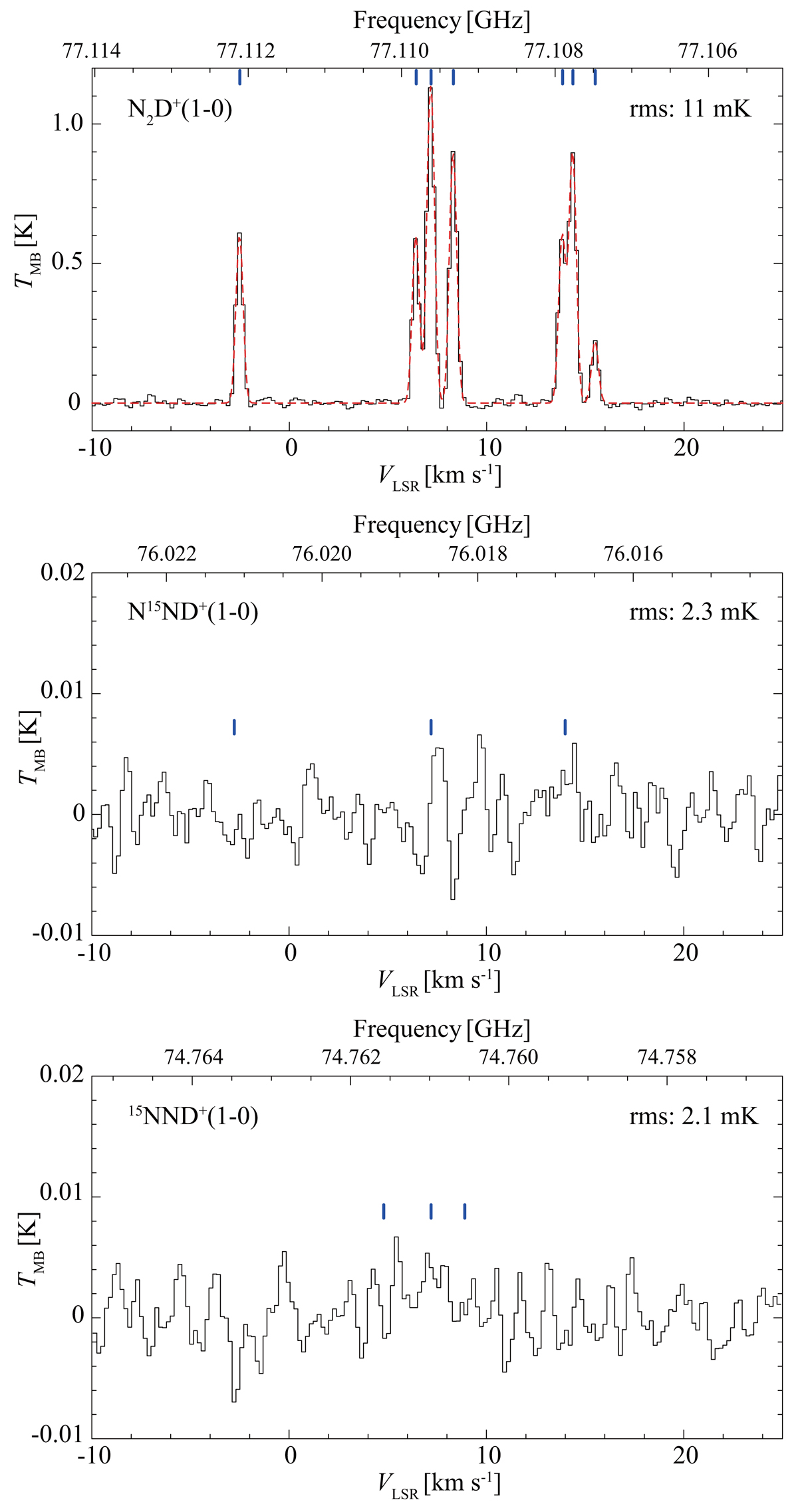