The highly elliptical, 16-year-period orbit of the star S2 around the massive black hole candidate Sgr A* is a sensitive probe of the gravitational field in the Galactic centre. Near pericentre at 120 AU ≈ 1400 Schwarzschild radii, the star has an orbital speed of ≈7650 km s-1, such that the first-order effects of Special and General Relativity have now become detectable with current capabilities. Over the past 26 years, we have monitored the radial velocity and motion on the sky of S2, mainly with the SINFONI and NACO adaptive optics instruments on the ESO Very Large Telescope, and since 2016 and leading up to the pericentre approach in May 2018, with the four-telescope interferometric beam-combiner instrument GRAVITY. From data up to and including pericentre, we robustly detect the combined gravitational redshift and relativistic transverse Doppler effect for S2 of z = Δλ / λ ≈ 200 km s-1/c with different statistical analysis methods. When parameterising the post-Newtonian contribution from these effects by a factor f , with f = 0 and f = 1 corresponding to the Newtonian and general relativistic limits, respectively, we find from posterior fitting with different weighting schemes f = 0.90 ± 0.09|stat ± 0.15|sys. The S2 data are inconsistent with pure Newtonian dynamics.

This paper is dedicated to Tal Alexander, who passed away about a week before the pericentre approach of S2. 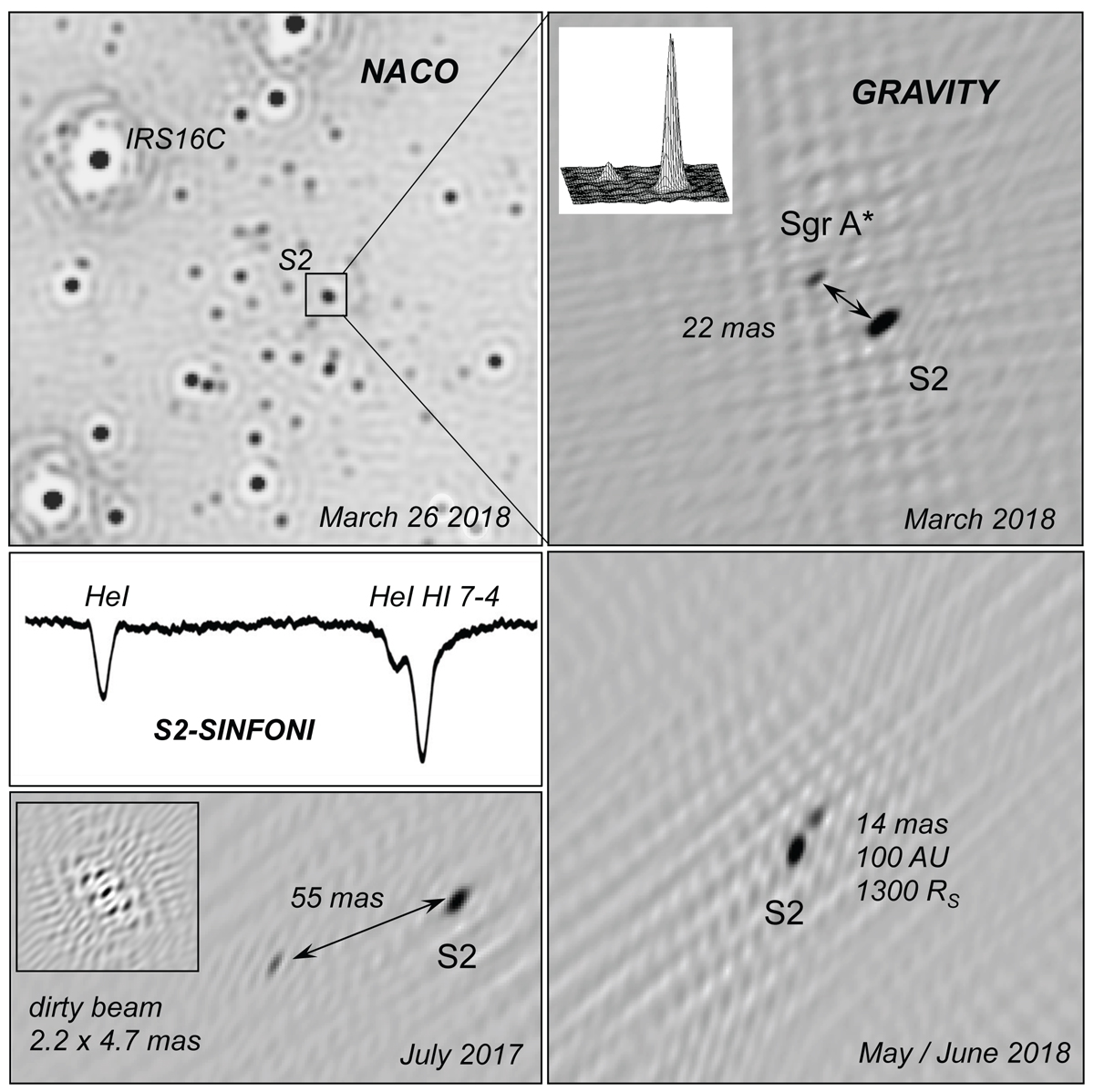