Context. Atomic carbon can be an efficient tracer of the molecular gas mass, and when combined to the detection of high-J and low-J CO lines it yields also a sensitive probe of the power sources in the molecular gas of high-redshift galaxies.
Aims: The recently installed SEPIA 5 receiver at the focus of the APEX telescope has opened up a new window at frequencies 159-211 GHz allowing the exploration of the atomic carbon in high-z galaxies, at previously inaccessible frequencies from the ground. We have targeted three gravitationally lensed galaxies at redshift of about 3 and conducted a comparative study of the observed high-J CO/CI ratios with well-studied nearby galaxies.
Methods: Atomic carbon (CI(2-1)) was detected in one of the three targets and marginally in a second, while in all three targets the J = 7→6 CO line is detected.
Results: The CO(7-6)/CI(2-1), CO(7-6)/CO(1-0) line ratios and the CO(7-6)/(far-IR continuum) luminosity ratio are compared to those of nearby objects. A large excitation status in the ISM of these high-z objects is seen, unless differential lensing unevenly boosts the CO line fluxes from the warm and dense gas more than the CO(1-0), CI(2-1), tracing a more widely distributed cold gas phase. We provide estimates of total molecular gas masses derived from the atomic carbon and the carbon monoxide CO(1-0), which within the uncertainties turn out to be equal. 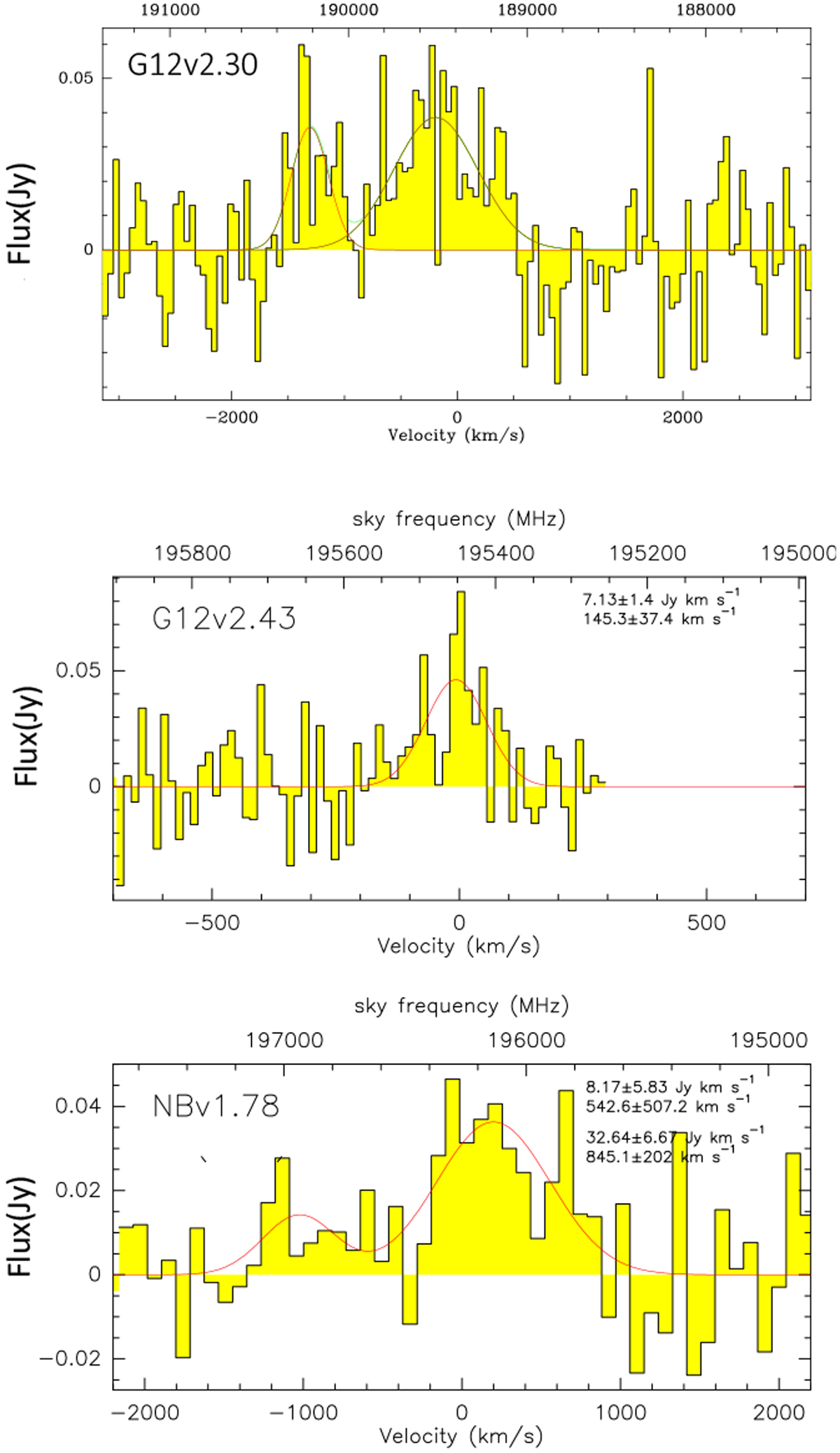