Context. The astrophysical r-process site where about half of the elements, heavier than iron are produced, has been a puzzle for several decades. Here we discuss the role of one of the leading ideas - neutron star mergers (NSMs) - in the light of the first direct detection of such an event in both gravitational (GW) and electromagnetic (EM) waves.
Aims: Our aim is to understand the implications of the first GW/EM observations of a NSM for cosmic nucleosynthesis.
Methods: We analyse bolometric and NIR lightcurves of the first detected double NSM and compare them to nuclear reaction network-based macronova models.
Results: The slope of the bolometric lightcurve is consistent with the radioactive decay of neutron star ejecta with Ye ≲ 0.3 (but not larger), which provides strong evidence for an r-process origin of the electromagnetic emission. This rules out in particular "nickel winds" as major source of the emission. We find that the NIR lightcurves can be well fitted either with or without lanthanide-rich ejecta. Our limits on the ejecta mass together with estimated rates directly confirm earlier purely theoretical or indirect observational conclusions that double neutron star mergers are indeed a major site of cosmic nucleosynthesis. If the ejecta mass was typical, NSMs can easily produce all of the estimated Galactic r-process matter, and - depending on the real rate - potentially even more. This could be a hint that the event ejected a particularly large amount of mass, maybe due to a substantial difference between the component masses. This would be compatible with the mass limits obtained from the GW-observation.
Conclusions: The recent observations suggests that NSMs are responsible for a broad range of r-process nuclei and that they are at least a major, but likely the dominant r-process site in the Universe. 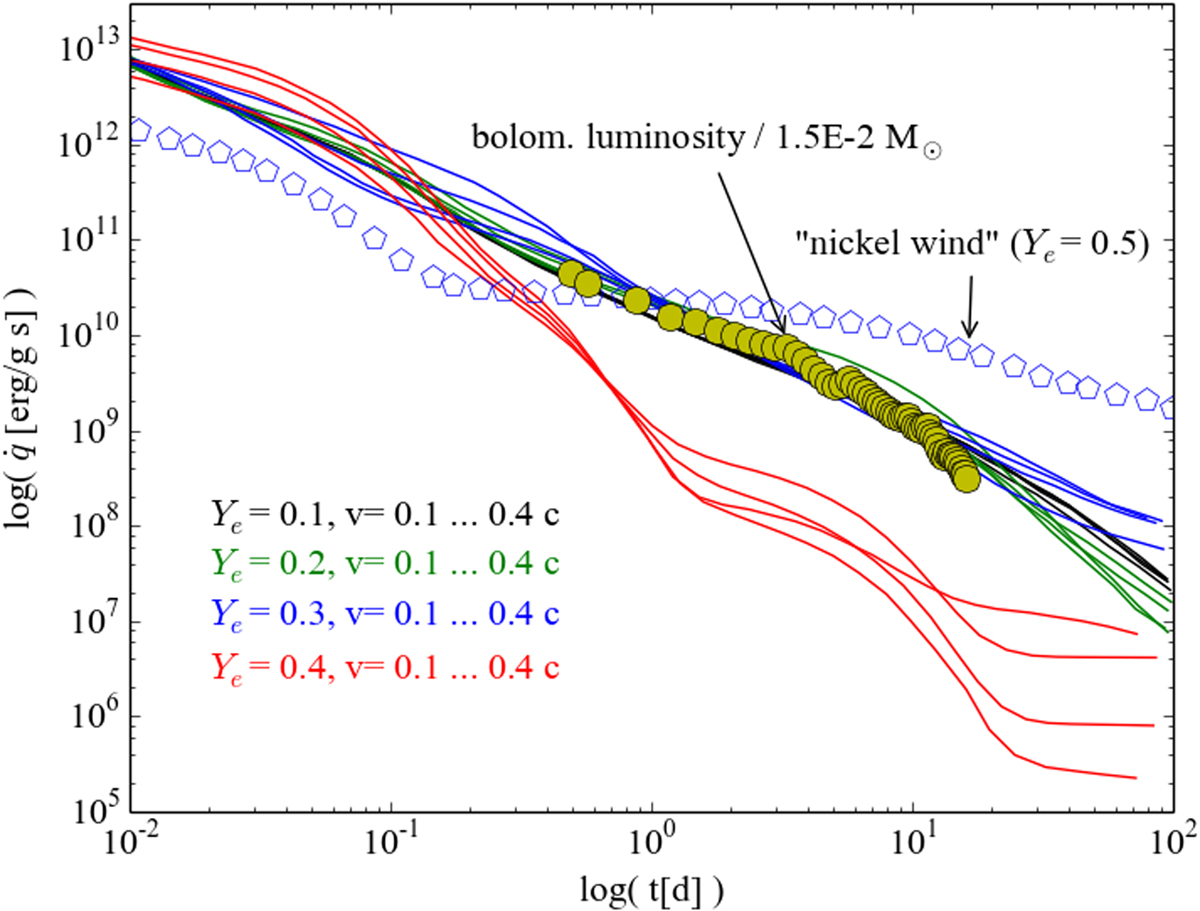