The high-energy X-ray to ultraviolet (XUV) irradiation of close-in planets by their host star influences their evolution and might be responsible for the existence of a population of ultra-short period planets eroded to their bare core. In orbit around a bright, nearby G-type star, the super-Earth 55 Cnc e offers the possibility to address these issues through transit observations at UV wavelengths. We used the Hubble Space Telescope to observe the transit in the far-ultraviolet (FUV) over three epochs in April 2016, January 2017, and February 2017. Together, these observations cover nearly half of the orbital trajectory in between the two quadratures, and reveal significant short- and long-term variability in 55 Cnc chromospheric emission lines. In the last two epochs, we detected a larger flux in the C III, Si III, and Si IV lines after the planet passed the approaching quadrature, followed by a flux decrease in the Si IV doublet. In the second epoch these variations are contemporaneous with flux decreases in the Si II and C II doublets. All epochs show flux decreases in the N V doublet as well, albeit at different orbital phases. These flux decreases are consistent with absorption from optically thin clouds of gas, are mostly localized at low and redshifted radial velocities in the star rest frame, and occur preferentially before and during the planet transit. These three points make it unlikely that the variations are purely stellar in origin, yet we show that the occulting material is also unlikely to originate from the planet. We thus tentatively propose that the motion of 55 Cnc e at the fringes of the stellar corona leads to the formation of a cool coronal rain. The inhomogeneity and temporal evolution of the stellar corona would be responsible for the differences between the three visits. Additional variations are detected in the C II doublet in the first epoch and in the O I triplet in all epochs with a different behavior that points toward intrinsic stellar variability. Further observations at FUV wavelengths are required to disentangle definitively between star-planet interactions in the 55 Cnc system and the activity of the star. 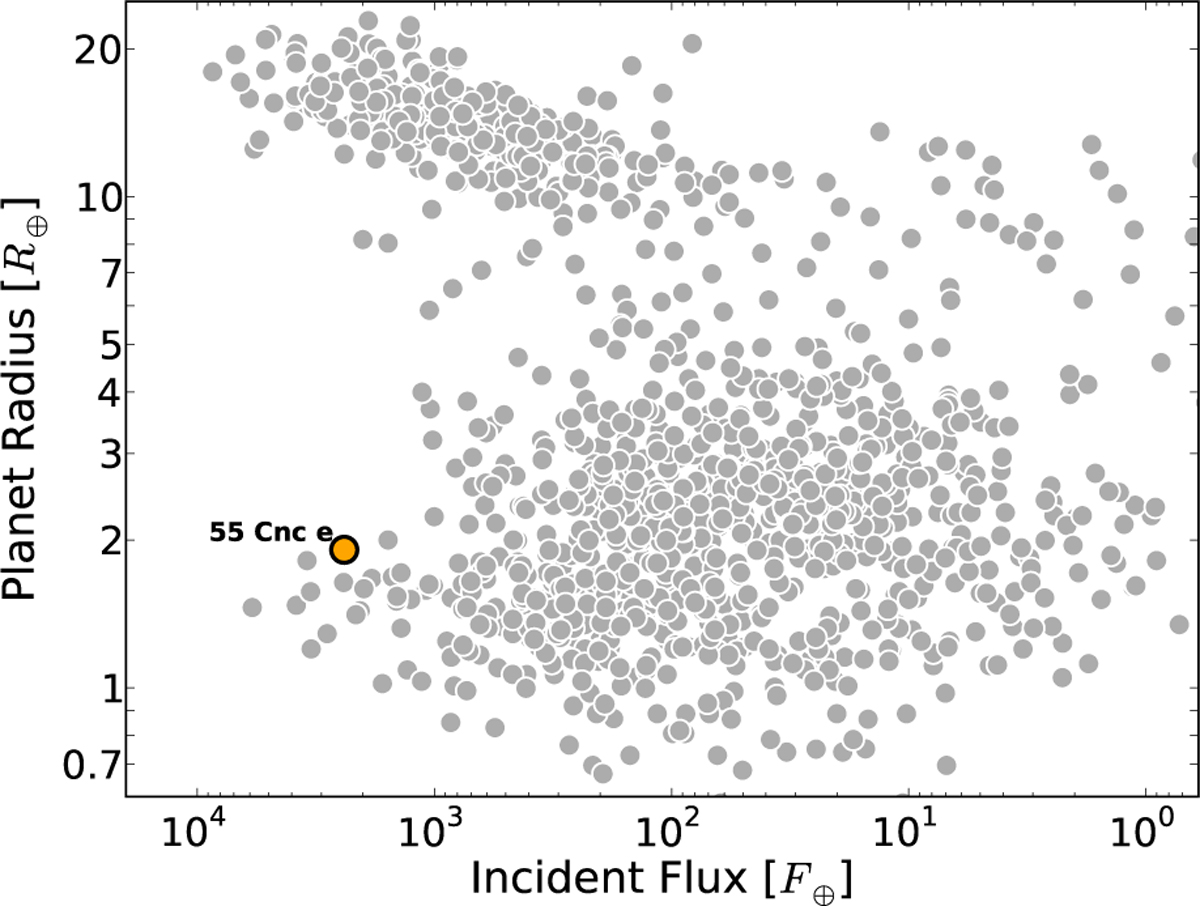