Context. The abundance and spatial distribution of dwarf galaxies are excellent empirical benchmarks against which to test models of structure formation on small scales. The nearby Centaurus group, with its two subgroups centered on Cen A and M 83, stands out as an important alternative to the Local Group for scrutinizing cosmological model predictions in a group of galaxies context.
Aims: We have obtained deep optical images of three recently discovered M 83 satellite galaxy candidates with the FORS2 instrument mounted on the Very Large Telescope. We aim to confirm their group membership and study their stellar population.
Methods: Deep V I-band photometry was used to resolve the brightest stars in our targets. Artificial star tests are performed to estimate the completeness and uncertainties of the photometry. The color-magnitude diagrams reveal the red giant branch (RGB) stars, allowing us to use the Sobel edge detection method to measure the magnitude of the RGB tip and thus derive distances and group membership for our targets. The mean metallicity of the dwarf galaxies were further determined by fitting BASTI model isochrones to the mean RGB locus.
Results: We confirm the two candidates, dw1335-29 and dw1340-30, to be dwarf satellites of the M 83 subgroup, with estimated distances of 5.03 ± 0.24 Mpc and 5.06 ± 0.24 Mpc, respectively. Their respective mean metallicities of ⟨[Fe/H]⟩ = -1.79 ± 0.4 and ⟨[Fe/H]⟩ = -2.27 ± 0.4 are consistent with the metallicity-luminosity relation for dwarf galaxies. The third candidate, dw1325-33, could not be resolved into stars due to insufficiently deep images, implying its distance must be larger than 5.3 Mpc. Using the two newly derived distances we assess the spatial distribution of the galaxies in the M 83 subgroup and discuss a potential plane-of-satellites around M 83. 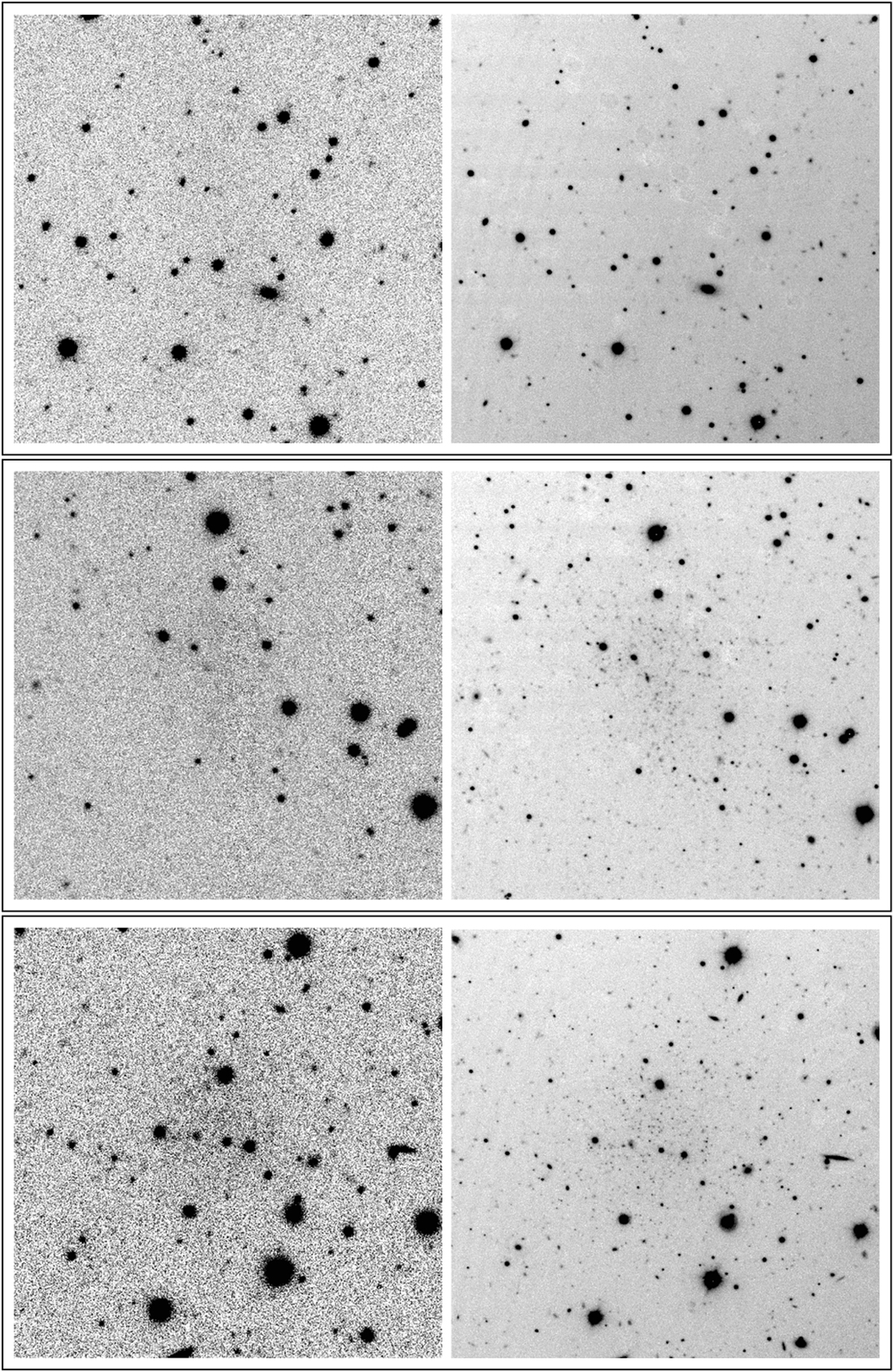