Context. The lithium abundances in a few percent of giants exceed the value predicted by the standard stellar evolution models, and the mechanisms of Li enhancement are still under debate. The Large Sky Area Multi-Object Fiber Spectroscopic Telescope (LAMOST) survey has obtained over six million spectra in the past five years, and thus provides a great opportunity to search these rare objects and to more clearly understand the mechanisms of Li enhancement.
Aims: The aim of this work is to accurately measure the Li abundance and investigate the possible mechanisms of Li enrichment for a newly found super Li-rich giant, TYC 3251-581-1, located near the luminosity function bump with a low carbon isotopic ratio.
Methods: Based on the high-resolution spectrum we obtained the stellar parameters (Teff, logg, [Fe/H]), and determined the elemental abundances of Li, C, N, α, Fe-peak, r-process, s-process elements, and the projected rotational velocity. For a better understanding of the effect of mixing processes, we also derived the 12C to 13C ratio, and constrained the evolutionary status of TYC 3251-581-1 based on the BaSTI stellar isochrones.
Results: The super Li-rich giant TYC 3251-581-1 has A(Li) = 3.51, the average abundance of two lithium lines at λ = 6708 Å and 6104 Å based on the non-local thermodynamic equilibrium analysis. The atmospheric parameters show that our target locates on the luminosity function bump. The low carbon isotopic ratio (12C/13C = 9.0), a slow rotational velocity vsini = 2.2 km s-1, and no sign of IR excess suggest that additional mixing after first dredge up (FDU) should occur to bring internal synthesized Li to the surface. The low carbon ([C/Fe] -0.34) and enhanced nitrogen ([N/Fe] 0.33) are also consistent with the sign of mixing.
Conclusions: Given the evolutionary stage of TYC 3251-581-1 with the relatively low 12C/13C, the internal production which replenishes Li in the outer layer is the most likely origin of Li enhancement for this star.

Based on observations obtained with the Apache Point Observatory 3.5-metre telescope, which is owned and operated by the Astrophysical Research Consortium. 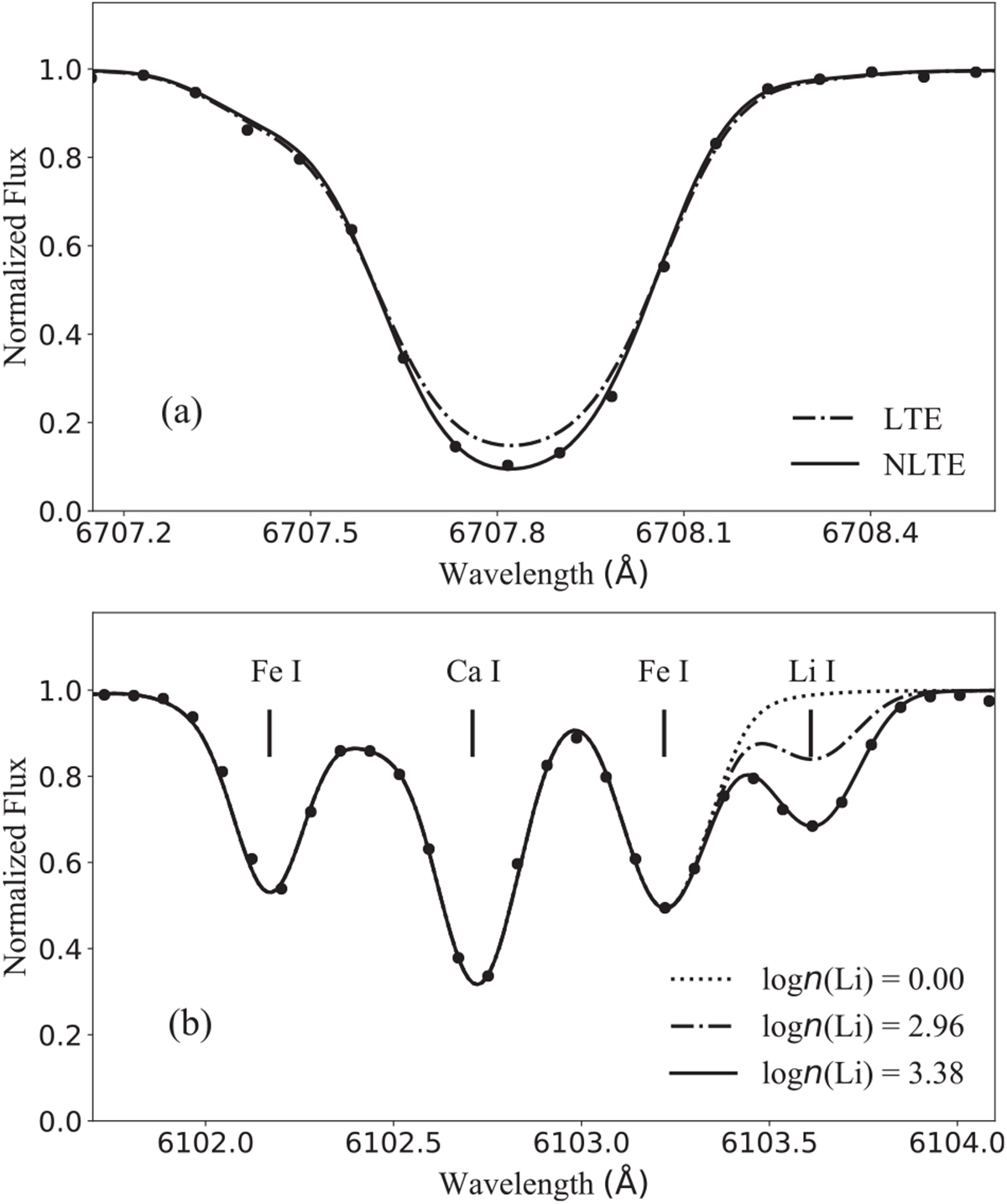