We investigate the cosmic evolution of the absolute and specific star formation rate (SFR, sSFR) of galaxies as derived from a spatially resolved study of the stellar populations in a set of 366 nearby galaxies from the Calar Alto Legacy Integral Field Area (CALIFA) survey. The sample spans stellar masses from M⋆ 109 to 1012M☉ and a wide range of Hubble types. The analysis combines images obtained with the Galaxy Evolution Explorer (GALEX; far-ultraviolet and near-ultraviolet) and Sloan Digital Sky Survey (SDSS; u, g, r, i, z) with the 4000 Å break, Hβ, and [MgFe]' indices measured from the CALIFA data cubes to constrain parametric models for the star formation history (SFH), which are then used to study the cosmic evolution of the SFR density (ρSFR), the sSFR, the main sequence of star formation (MSSF), and the stellar mass density (ρ⋆). Several SFH laws are used to fit the observational constrains. A delayed-τ model, SFR ∝ (t0 - t)exp(-(t0 - t)/τ), provides the best results, in good agreement with those obtained from cosmological surveys. Our main results from this model are that (a) the mass currently in the inner (≤0.5 half-light radius, HLR) regions formed at earlier epochs than the mass in the outer (1-2 HLR) regions of galaxies. The time since the onset of the star formation is longer in the inner regions (t0 13-10 Gyr) than in the outer ones (t0 11-9 Gyr) for all the morphologies, while the e-folding timescale τ in the inner region is similar to or shorter than in the outer regions. These results confirm that galaxies of any Hubble type grow inside-out. (b) The sSFR declines rapidly as the Universe evolves, and faster for early- than for late-type galaxies, and for the inner than for the outer regions of galaxies. (c) The evolution of ρSFR and ρ⋆ agrees well with results from cosmological surveys, particularly with the recent results from the Galaxy And Mass Assembly (GAMA), the G10-Cosmological Evolution Survey (COSMOS), and the 3D Hubble Space Telescope (HST) survey. At low redshift, z ≤ 0.5, most star formation takes place in the outer regions of late spiral galaxies, while at z > 2, the inner regions of the progenitors of the current E and S0 are the main contributors to ρSFR. (d) Similarly, the inner regions of galaxies are the main contributor to ρ⋆ at z > 0.5, growing their mass faster than the outer regions, with a lookback time at 50% ρ⋆ of t50 9 and 6 Gyr for the inner and outer regions. (e) The MSSF follows a power law at high redshift, with the slope evolving with time but always remaining sub-linear, in good agreement with the Illustris simulation. (f) In agreement with galaxy surveys at different redshifts, the average SFH of CALIFA galaxies indicates that galaxies grow their mass mainly in a mode that is well represented by a delayed-τ model, with the peak at z 2 and an e-folding time of 3.9 Gyr. 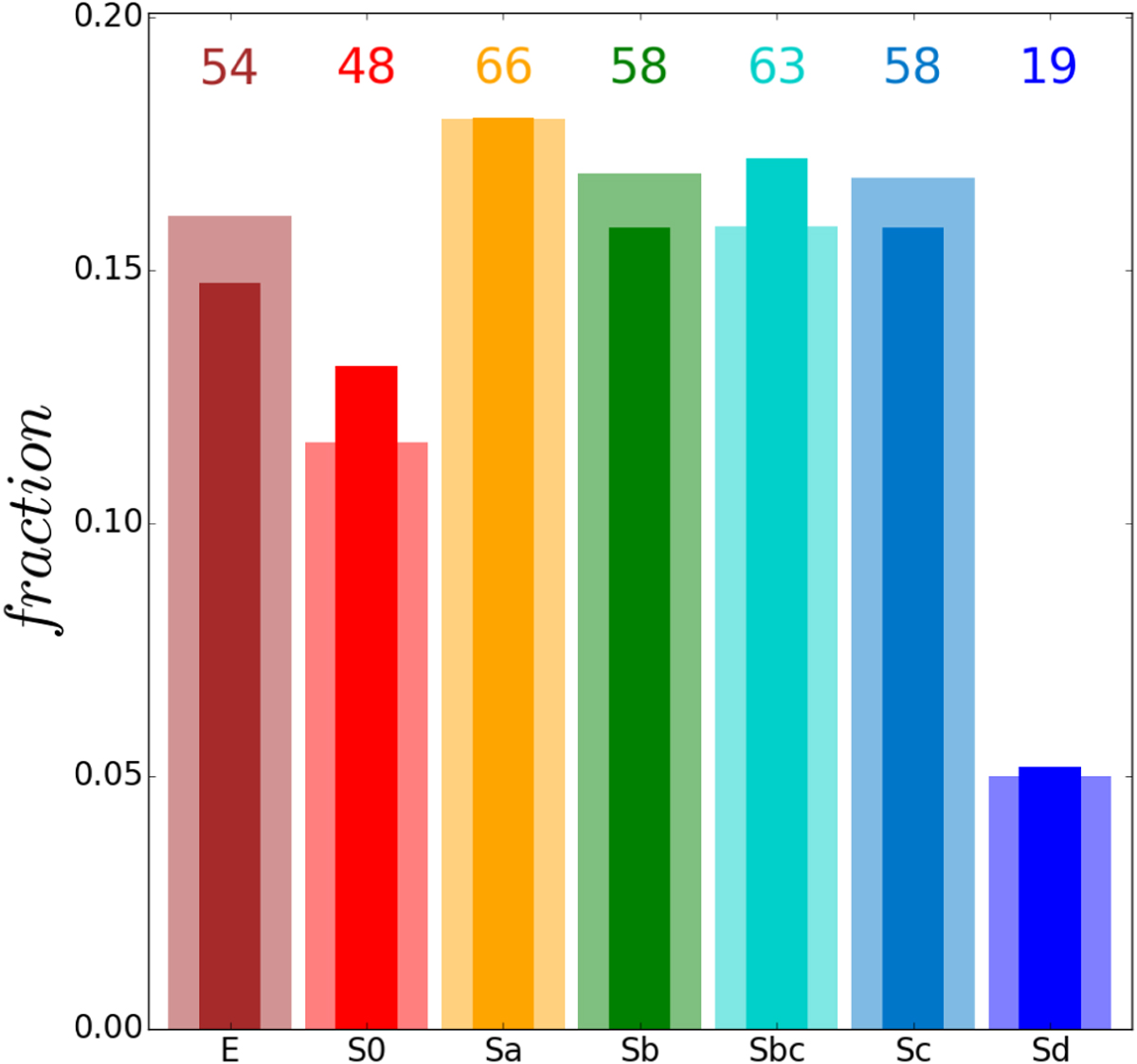