Context. Polarimetric observations taken with ground- or space-based telescopes usually need to be corrected for changes of the polarization state in the optical path.
Aims: We present a technique to determine the polarization properties of a telescope through observations of spectral lines that have no or negligible intrinsic linear polarization signals. For such spectral lines, any observed linear polarization must be induced by the telescope optics. We apply the technique to observations taken with the Spectropolarimeter for Infrared and Optical Regions (SPINOR) at the Dunn Solar Telescope (DST) and demonstrate that we can retrieve the characteristic polarization properties of the DST at three wavelengths of 459, 526, and 615 nm.
Methods: We determine the amount of crosstalk between the intensity Stokes I and the linear and circular polarization states Stokes Q, U, and V, and between Stokes V and Stokes Q and U in spectropolarimetric observations of active regions. We fit a set of parameters that describe the polarization properties of the DST to the observed crosstalk values. We compare our results to parameters that were derived using a conventional telescope calibration unit (TCU).
Results: The values for the ratio of reflectivities X = rs/rp and the retardance τ of the DST turret mirrors from the analysis of the crosstalk match those derived with the TCU within the error bars. We find a negligible contribution of retardance from the entrance and exit windows of the evacuated part of the DST. Residual crosstalk after applying a correction for the telescope polarization stays at a level of 3-10% regardless of which parameter set is used, but with an rms fluctuation in the input data of already a few percent. The accuracy in the determination of the telescope properties is thus more limited by the quality of the input data than the method itself.
Conclusions: It is possible to derive the parameters that describe the polarization properties of a telescope from observations of spectral lines without intrinsic linear polarization signal. Such spectral lines have a dense coverage (about 50 nm separation) in the visible part of the spectrum (400-615 nm), but none were found at longer wavelengths. Using spectral lines without intrinsic linear polarization is a promising tool for the polarimetric calibration of current or future solar telescopes such as the Daniel K. Inouye Solar Telescope (DKIST). 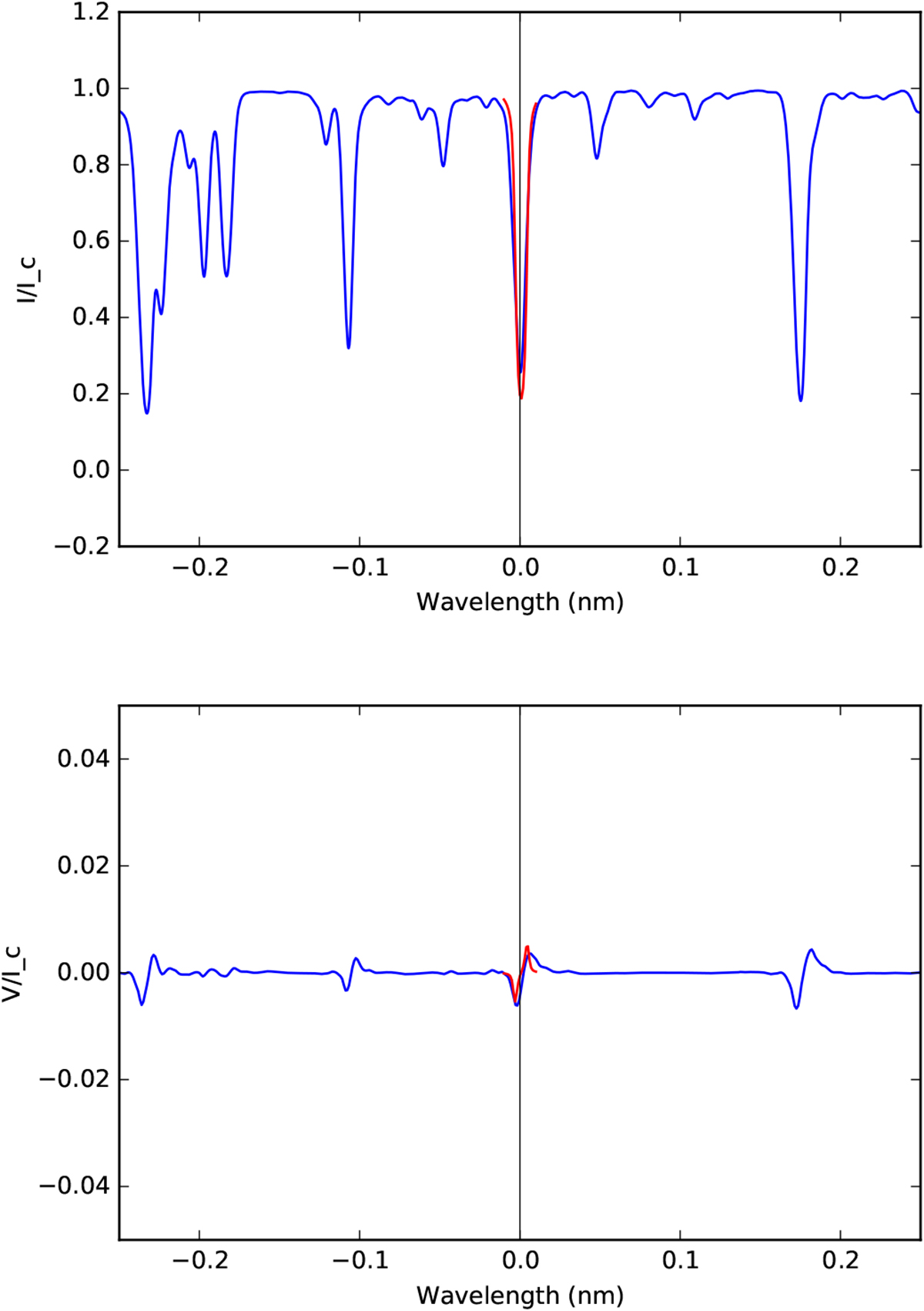