Context. Oxygen and zinc in the Galactic bulge are key elements for the understanding of the bulge chemical evolution. Oxygen-to-iron abundance ratios provide a most robust indicator of the star formation rate and chemical evolution of the bulge. Zinc is enhanced in metal-poor stars, behaving as an α-element, and its production may require nucleosynthesis in hypernovae. Most of the neutral gas at high redshift is in damped Lyman-alpha systems (DLAs), where Zn is also observed to behave as an α-element.
Aims: The aim of this work is the derivation of the α-element oxygen, together with nitrogen, and the iron-peak element zinc abundances in 417 bulge giants, from moderate resolution (R 22 000) FLAMES-GIRAFFE spectra. For stars in common with a set of UVES spectra with higher resolution (R 45 000), the data are intercompared. The results are compared with literature data and chemodynamical models.
Methods: We studied the spectra obtained for a large sample of red giant stars, chosen to be one magnitude above the horizontal branch, using FLAMES-GIRAFFE on the Very Large Telescope. We computed the O abundances using the forbidden [OI] 6300.3 Å and Zn abundances using the Zn I 6362.34 Å lines. Stellar parameters for these stars were established in a previous work from our group.
Results: We present oxygen abundances for 358 stars, nitrogen abundances for 403 stars and zinc abundances were derived for 333 stars. Having oxygen abundances for this large sample adds information in particular at the moderate metallicities of -1.6 < [Fe/H] < -0.8. Zn behaves as an α-element, very similarly to O, Si, and Ca. It shows the same trend as a function of metallicity as the α-elements, i.e., a turnover around [Fe/H] - 0.6, and then decreasing with increasing metallicity. The results are compared with chemodynamical evolution models of O and Zn enrichment for a classical bulge. DLAs also show an enhanced zinc-to-iron ratio, suggesting they may be enriched by hypernovae. 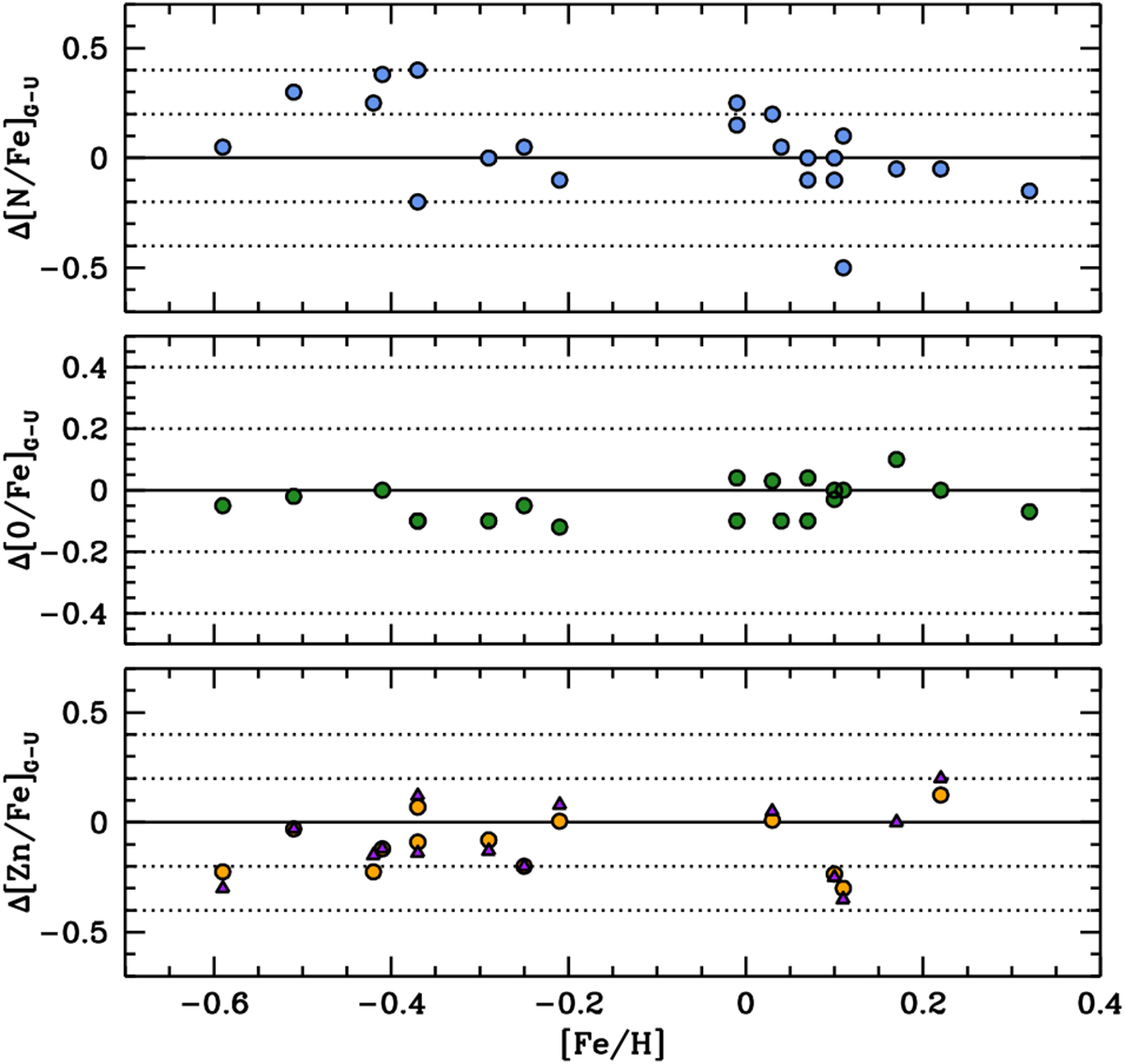