Context. Understanding the formation and evolution of early-type, spheroid-dominated galaxies is an open question within the context of the hierarchical clustering scenario, particularly in low-density environments.
Aims: Our goal is to study the main structural, dynamical, and stellar population properties and assembly histories of field spheroid-dominated galaxies formed in a Λ-cold dark matter (Λ-CDM) scenario to assess to what extent they are consistent with observations.
Methods: We selected spheroid-dominated systems from a Λ-CDM simulation that includes star formation (SF), chemical evolution, and supernova feedback. The sample is made up of 18 field systems with MStar ≲ 6 × 1010M⊙ that are dominated by the spheroid component. For this sample we estimated the fundamental relations of ellipticals and compared them with current observations.
Results: The simulated spheroid galaxies have sizes that are in good agreement with observations. The bulges follow a Sersic law with Sersic indexes that correlate with the bulge-to-total mass ratios. The structural-dynamical properties of the simulated galaxies are consistent with observed Faber-Jackson, fundamental plane, and Tully-Fisher relations. However, the simulated galaxies are bluer and with higher star formation rates (SFRs) than the observed isolated early-type galaxies. The archaeological mass growth histories show a slightly delayed formation and more prominent inside-out growth mode than observational inferences based on the fossil record method.
Conclusions: The main structural and dynamical properties of the simulated spheroid-dominated galaxies are consistent with observations. This is remarkable since our simulation has not been calibrated to match them. However, the simulated galaxies are blue and star-forming, and with later stellar mass growth histories compared to observational inferences. This is mainly due to the persistence of extended discs in the simulations. The need for more efficient quenching mechanisms able to avoid further disc growth and SF is required in order to reproduce current observational trends. 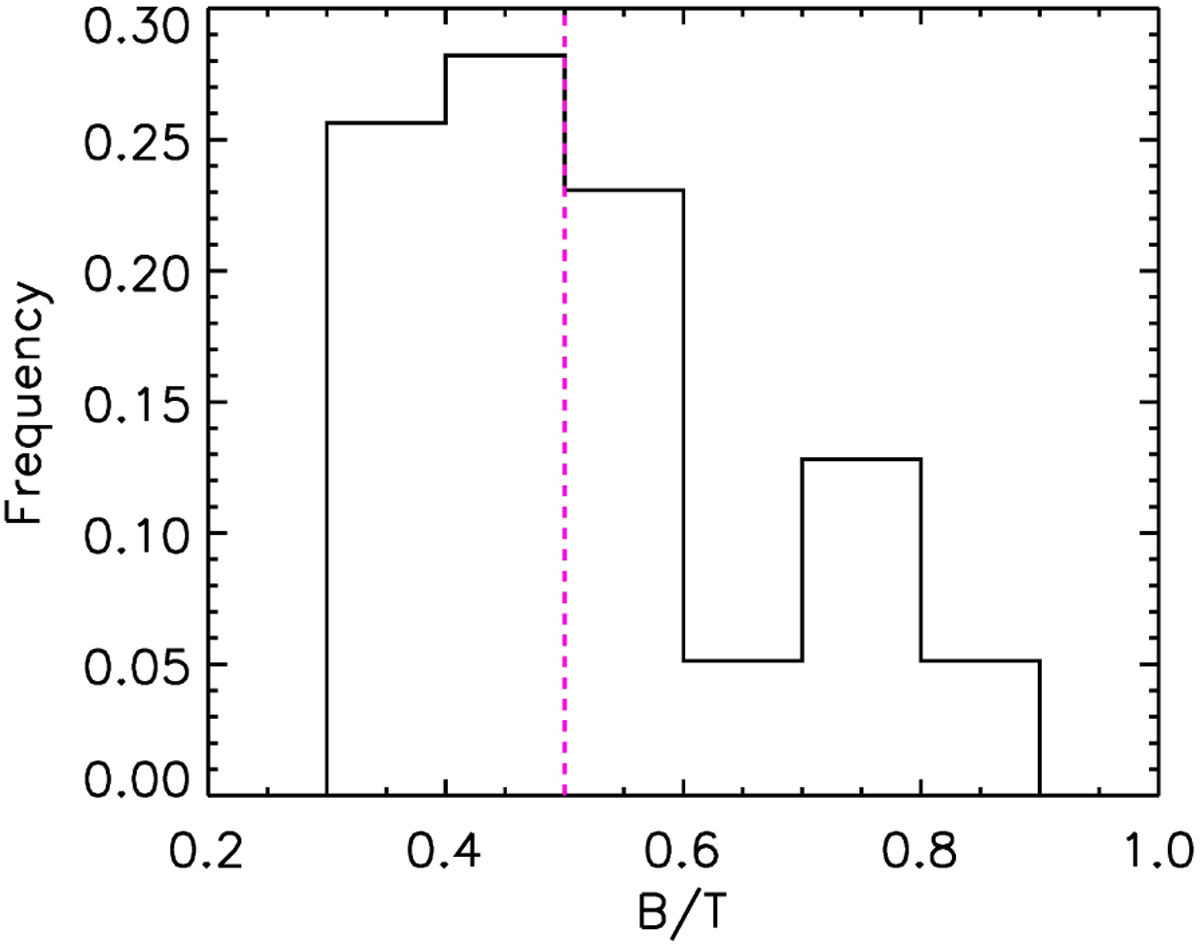