Context. The Juno spacecraft has significantly improved the accuracy of gravitational harmonic coefficients J4, J6 and J8 during its first two perijoves. However, there are still differences in the interior model predictions of core mass and envelope metallicity because of the uncertainties in the hydrogen-helium equations of state. New theoretical approaches or observational data are hence required in order to further constrain the interior models of Jupiter. A well constrained interior model of Jupiter is helpful for understanding not only the dynamic flows in the interior, but also the formation history of giant planets.
Aims: We present the radial density profiles of Jupiter fitted to the Juno gravity field observations. Also, we aim to investigate our ability to constrain the core properties of Jupiter using its moment of inertia and tidal Love number k2 which could be accessible by the Juno spacecraft.
Methods: In this work, the radial density profile was constrained by the Juno gravity field data within the empirical two-layer model in which the equations of state are not needed as an input model parameter. Different two-layer models are constructed in terms of core properties. The dependence of the calculated moment of inertia and tidal Love number k2 on the core properties was investigated in order to discern their abilities to further constrain the internal structure of Jupiter.
Results: The calculated normalized moment of inertia (NMOI) ranges from 0.2749 to 0.2762, in reasonable agreement with the other predictions. There is a good correlation between the NMOI value and the core properties including masses and radii. Therefore, measurements of NMOI by Juno can be used to constrain both the core mass and size of Jupiter's two-layer interior models. For the tidal Love number k2, the degeneracy of k2 is found and analyzed within the two-layer interior model. In spite of this, measurements of k2 can still be used to further constrain the core mass and size of Jupiter's two-layer interior models. 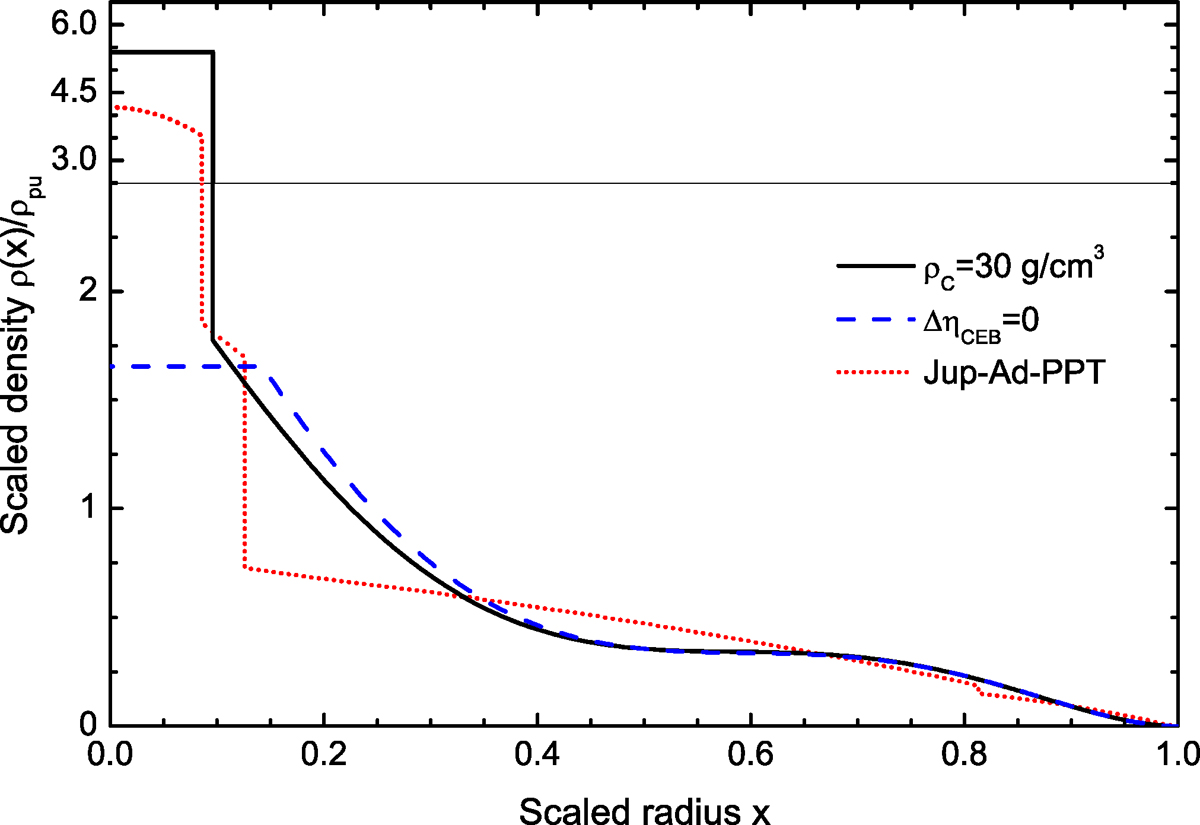