New nearby white dwarfs from Gaia DR1 TGAS and UCAC5/URAT


Aims: Using an accurate Tycho-Gaia Astrometric Solution (TGAS) 25 pc sample that is nearly complete for GK stars and selecting common proper motion (CPM) candidates from the 5th United States Naval Observatory CCD Astrograph Catalog (UCAC5), we search for new white dwarf (WD) companions around nearby stars with relatively small proper motions.
Methods: To investigate known CPM systems in TGAS and to select CPM candidates in TGAS+UCAC5, we took into account the expected effect of orbital motion on the proper motion and proper motion catalogue errors. Colour-magnitude diagrams (CMDs) MJ /J - Ks and MG /G - J were used to verify CPM candidates from UCAC5. Assuming their common distance with a given TGAS star, we searched for candidates that occupied similar regions in the CMDs as the few known nearby WDs (four in TGAS) and WD companions (three in TGAS+UCAC5). The CPM candidates with colours and absolute magnitudes corresponding neither to the main sequence nor to the WD sequence were considered as doubtful or subdwarf candidates.
Results: With a minimum proper motion of 60 mas yr-1, we selected three WD companion candidates; two of which are also confirmed by their significant parallaxes measured in URAT data, whereas the third may also be a chance alignment of a distant halo star with a nearby TGAS star that has an angular separation of about 465 arcsec. One additional nearby WD candidate was found from its URAT parallax and GJKs photometry. With HD 166435 B orbiting a well-known G1 star at ≈24.6 pc with a projected physical separation of ≈700 AU, we discovered one of the hottest WDs, classified by us as DA2.0 ± 0.2, in the solar neighbourhood. We also found TYC 3980-1081-1 B, a strong cool WD companion candidate around a recently identified new solar neighbour with a TGAS parallax corresponding to a distance of ≈8.3 pc and our photometric classification as ≈M2 dwarf. This raises the question of whether previous assumptions on the completeness of the WD sample to a distance of 13 pc were correct.

Partly based on observations with the 2.2 m telescope of the German-Spanish Astronomical Centre at Calar Alto, Spain 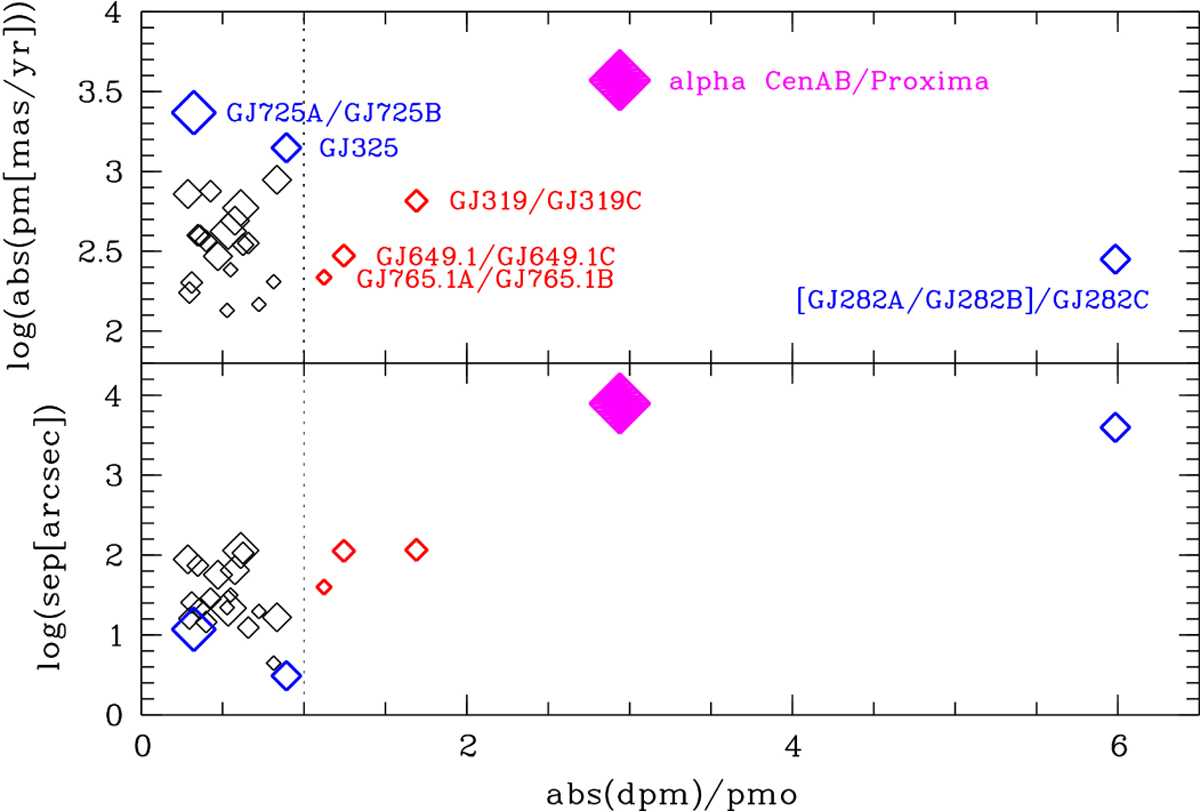