Aims: We aim to study the causal link between the knotty jet structure in CARMA 7, a young Class 0 protostar in the Serpens South cluster, and episodic accretion in young protostellar disks.
Methods: We used numerical hydrodynamics simulations to derive the protostellar accretion history in gravitationally unstable disks around solar-mass protostars. We compared the time spacing between luminosity bursts Δτmod, caused by dense clumps spiralling on the protostar, with the differences of dynamical timescales between the knots Δτobs in CARMA 7.
Results: We found that the time spacing between the bursts have a bi-modal distribution caused by isolated and clustered luminosity bursts. The former are characterized by long quiescent periods between the bursts with Δτmod = a few × (103-104) yr, whereas the latter occur in small groups with time spacing between the bursts Δτmod = a few × (10-102) yr. For the clustered bursts, the distribution of Δτmod in our models can be fit reasonably well to the distribution of Δτobs in the protostellar jet of CARMA 7, if a certain correction for the (yet unknown) inclination angle with respect to the line of sight is applied. The Kolmogorov-Smirnov test on the model and observational data sets suggests the best-fit values for the inclination angles of 55-80°, which become narrower (75-80°) if only strong luminosity bursts are considered. The dynamical timescales of the knots in the jet of CARMA 7 are too short for a meaningful comparison with the long time spacings between isolated bursts in our models. Moreover, the exact sequences of time spacings between the luminosity bursts in our models and knots in the jet of CARMA 7 were found difficult to match.
Conclusions: Given the short time that has passed since the presumed luminosity bursts (tens to hundreds years), a possible overabundance of the gas-phase CO in the envelope of CARMA 7 compared to what could be expected from the current luminosity may be used to confirm the burst nature of this object. More sophisticated numerical models and observational data on jets with longer dynamical timescales are needed to further explore the possible causal link between luminosity bursts and knotty jets. 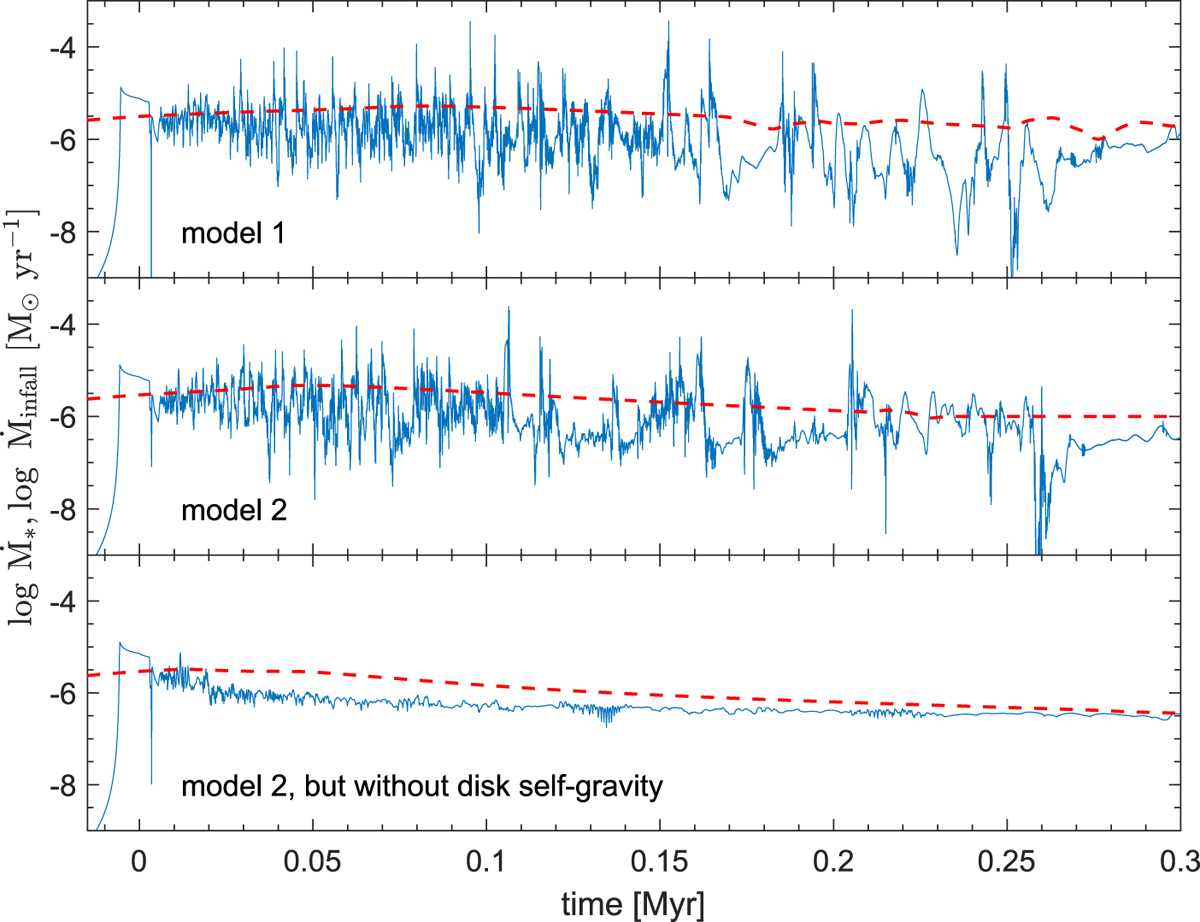