Full exploration of the giant planet population around β Pictoris

Context. The search for extrasolar planets has been limited so far to close orbit (typ. ≤5 au) planets around mature solar-type stars on the one hand, and to planets on wide orbits (≥10 au) around young stars on the other hand. To get a better view of the full giant planet population, we have started a survey to search for giant planets around a sample of carefully selected young stars.
Aims: This paper aims at exploring the giant planet population around one of our targets, β Pictoris, over a wide range of separations. With a disk and a planet already known, the β Pictoris system is indeed a very precious system for studies of planetary formation and evolution, as well as of planet-disk interactions.
Methods: We analyse more than 2000 HARPS high-resolution spectra taken over 13 years as well as NaCo images recorded between 2003 and 2016. We combine these data to compute the detection probabilities of planets throughout the disk, from a fraction of au to a few dozen au.
Results: We exclude the presence of planets more massive than 3 MJup closer than 1 au and further than 10 au, with a 90% probability. 15+ MJup companions are excluded throughout the disk except between 3 and 5 au with a 90% probability. In this region, we exclude companions with masses larger than 18 (resp. 30) MJup with probabilities of 60 (resp. 90) %. 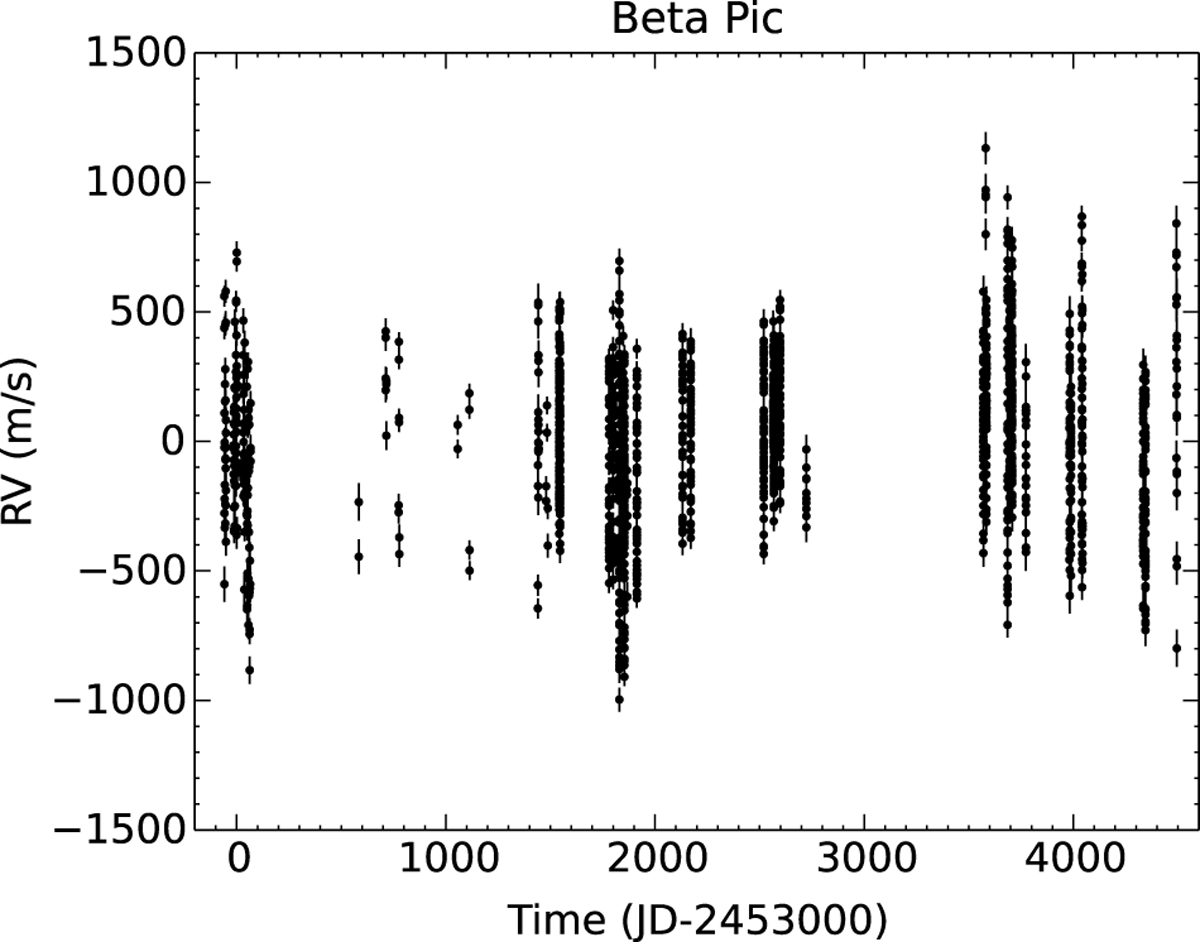