A spectroscopic survey of the youngest field stars in the solar neighborhood . II. The optically faint sample

Context. Star formation in the solar neighborhood is mainly traced by young stars in open clusters, associations, and in the field, which can be identified, for example, by their X-ray emission. The determination of stellar parameters for the optical counterparts of X-ray sources is crucial for a full characterization of these stars.
Aims: This work extends the spectroscopic study of the RasTyc sample, obtained by the cross-correlation of the Tycho and ROSAT All-Sky Survey catalogs, to stars fainter than V = 9.5 mag and aims to identify sparse populations of young stars in the solar neighborhood.
Methods: We acquired 625 high-resolution spectra for 443 presumably young stars with four different instruments in the northern hemisphere. The radial and rotational velocity (vsini) of our targets were measured by means of the cross-correlation technique, which is also helpful to discover single-lined (SB1), double-lined spectroscopic binaries (SB2), and multiple systems. We used the code ROTFIT to perform an MK spectral classification and to determine the atmospheric parameters (Teff, logg, [Fe/H]) and vsini of the single stars and SB1 systems. For these objects, we used the spectral subtraction of slowly rotating templates to measure the equivalent widths of the Hα and Li I 6708 Å lines, which enabled us to derive their chromospheric activity level and lithium abundance. We made use of Gaia DR1 parallaxes and proper motions to locate the targets in the Hertzsprung-Russell (HR) diagram and to compute the space velocity components of the youngest objects.
Results: We find a remarkable percentage (at least 35%) of binaries and multiple systems. On the basis of the lithium abundance, the sample of single stars and SB1 systems appears to be mostly ( 60%) composed of stars younger than the members of the UMa cluster. The remaining sources are in the age range between the UMa and Hyades clusters ( 20%) or older ( 20%). In total, we identify 42 very young (PMS-like) stars, which lie above or very close to the Pleiades upper envelope of the lithium abundance. A significant percentage ( 12%) of evolved stars (giants and subgiants) is also present in our sample. Some of these stars ( 36%) are also lithium rich (A(Li) > 1.4).

Based on observations collected at the Italian Telescopio Nazionale Galileo (TNG) operated by the Fundacion Galileo Galilei - INAF (Canary Islands, Spain), at the Observatoire de Haute Provence (OHP, France), and the Osservatorio Astrofisico di Catania (OAC, Italy)Tables A.1-A.4 are only available at the CDS via anonymous ftp to http://cdsarc.u-strasbg.fr (http://130.79.128.5) or via http://cdsarc.u-strasbg.fr/viz-bin/qcat?J/A+A/12/A96Rubens Freire Ferrero passed away on September 10, 2015. 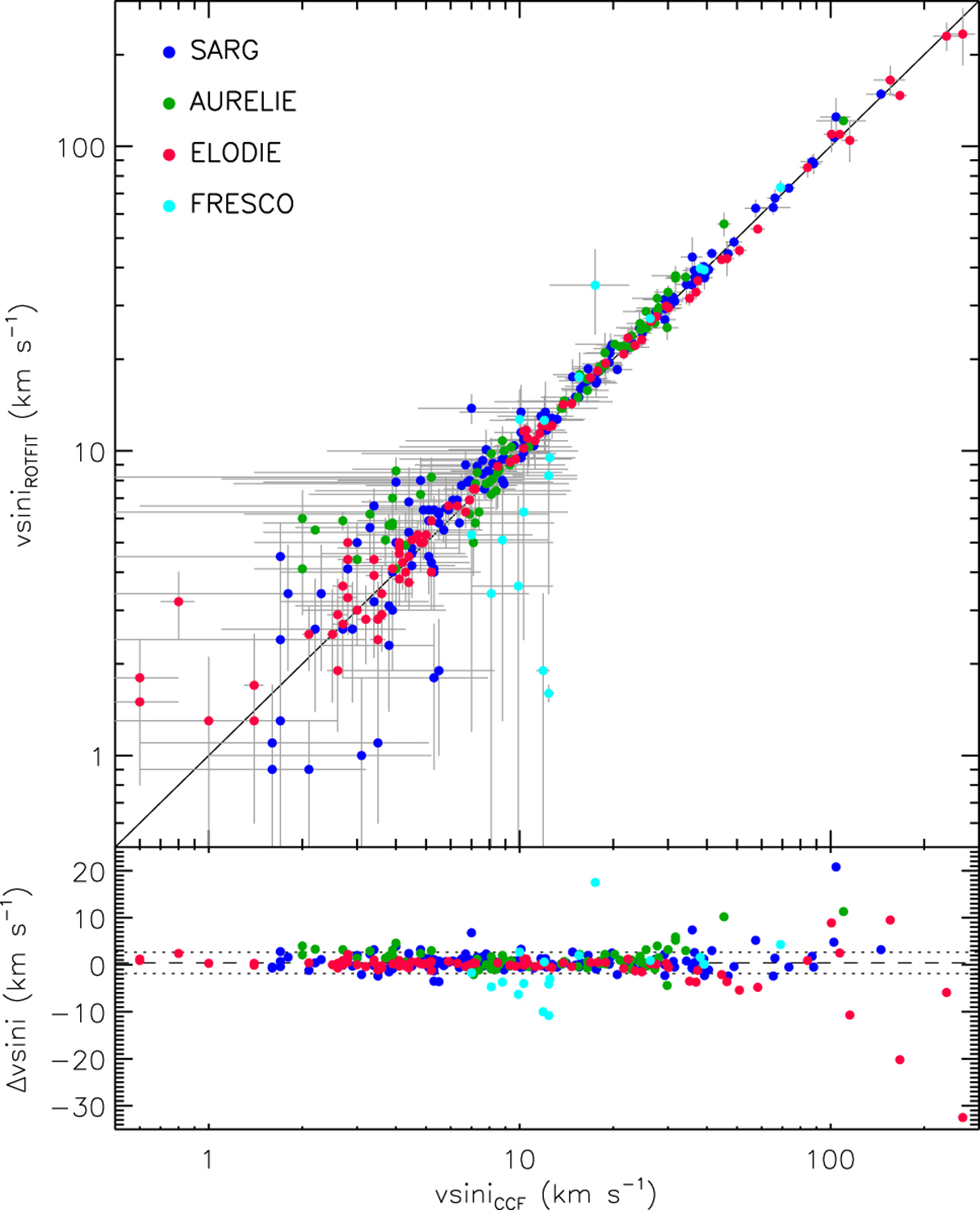