Context. The methylidyne radical CH is commonly used as a proxy for molecular hydrogen in the cold, neutral phase of the interstellar medium. The optical spectroscopy of CH is limited by interstellar extinction, whereas far-infrared observations provide an integral view through the Galaxy. While the HF ground state absorption, another H2 proxy in diffuse gas, frequently suffers from saturation, CH remains transparent both in spiral-arm crossings and high-mass star forming regions, turning this light hydride into a universal surrogate for H2. However, in slow shocks and in regions dissipating turbulence its abundance is expected to be enhanced by an endothermic production path, and the idea of a "canonical" CH abundance needs to be addressed. Aim. The N = 2 ← 1 ground state transition of CH at λ149 μm has become accessible to high-resolution spectroscopy thanks to the German Receiver for Astronomy at Terahertz Frequencies (GREAT) aboard the Stratospheric Observatory for Infrared Astronomy (SOFIA). Its unsaturated absorption and the absence of emission from the star forming regions makes it an ideal candidate for the determination of column densities with a minimum of assumptions. Here we present an analysis of four sightlines towards distant Galactic star forming regions, whose hot cores emit a strong far-infrared dust continuum serving as background signal. Moreover, if combined with the sub-millimeter line of CH at λ560 μm , environments forming massive stars can be analyzed. For this we present a case study on the "proto-Trapezium" cluster W3 IRS5.
Methods: While we confirm the global correlation between the column densities of HF and those of CH, both in arm and interarm regions, clear signposts of an over-abundance of CH are observed towards lower densities. However, a significant correlation between the column densities of CH and HF remains. A characterization of the hot cores in the W3 IRS5 proto-cluster and its envelope demonstrates that the sub-millimeter/far-infrared lines of CH reliably trace not only diffuse but also dense, molecular gas.
Results: In diffuse gas, at lower densities a quiescent ion-neutral chemistry alone cannot account for the observed abundance of CH. Unlike the production of HF, for CH+ and CH, vortices forming in turbulent, diffuse gas may be the setting for an enhanced production path. However, CH remains a valuable tracer for molecular gas in environments reaching from diffuse clouds to sites of high-mass star formation. 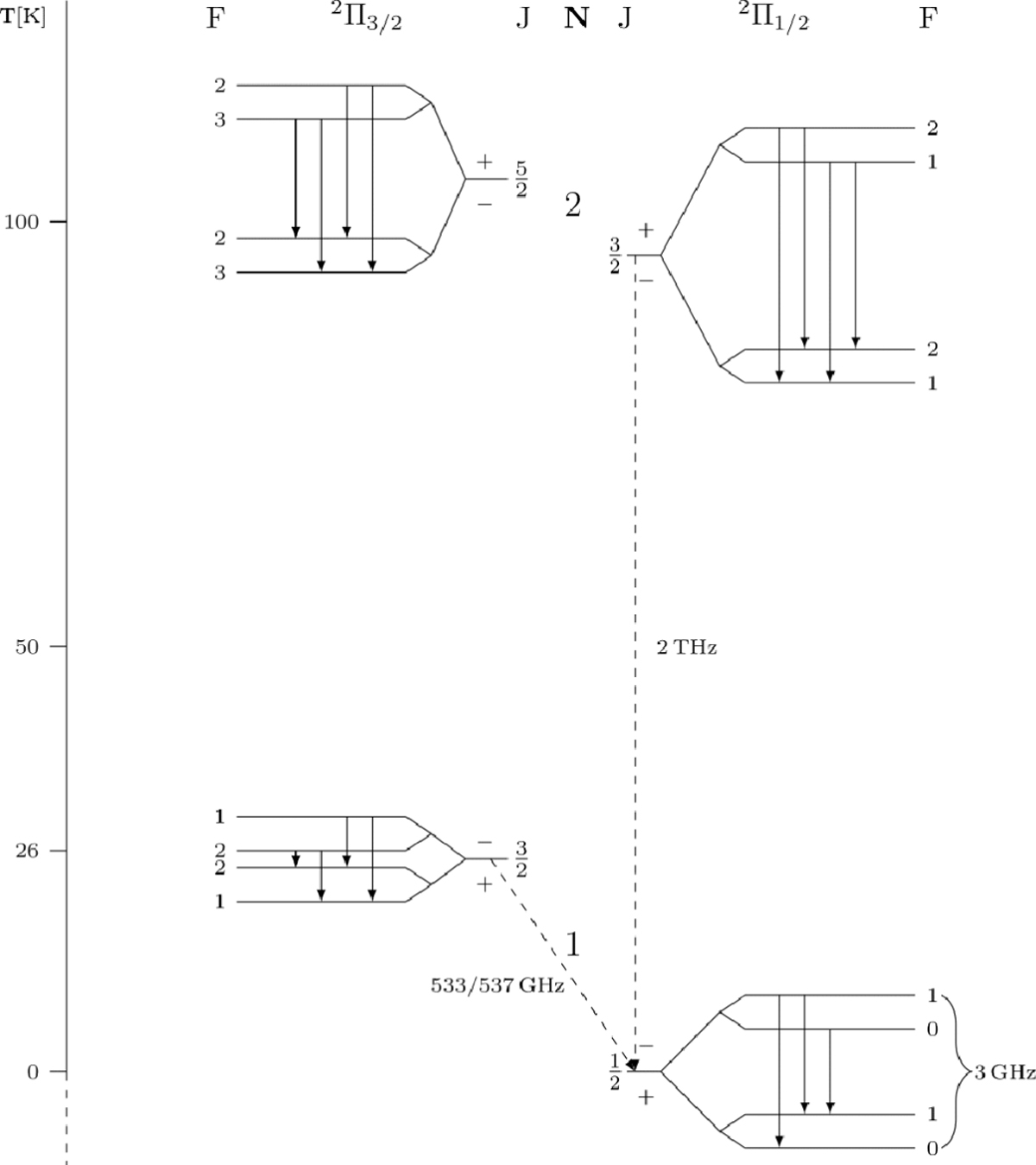