Context. Planetary nebulae (PNe) are excellent tracers of stellar populations with low surface brightness, and therefore provide a powerful method to detect and explore the rich system of substructures discovered around the main spiral galaxies of the local group. Aim. We searched the outskirts of the local group spiral galaxy M 33 (the Triangulum) for PNe to gain new insights into the extended stellar substructure on the northern side of the disc and to study the existence of a faint classical halo.
Methods: The search is based on wide field imaging covering a 4.5 square degree area out to a maximum projected distance of about 40 kpc from the centre of the galaxy. The PN candidates are detected by the combination of images obtained in narrowband filters selecting the [OIII]λ5007 Å and Hα + [NII] nebular lines and in the continuum g' and r' broadband filters.
Results: Inside the bright optical disc of M 33, eight new PN candidates were identified, three of which were spectroscopically confirmed. No PN candidates were found outside the limits of the disc. Fourteen additional sources showing [OIII] excess were also discovered.
Conclusions: The absence of bright PN candidates in the area outside the galaxy disc covered by this survey sets an upper limit to the luminosity of the underlying population of 1.6 × 107 L☉, suggesting the lack of a massive classical halo, which is in agreement with the results obtained using the red giant branch population. 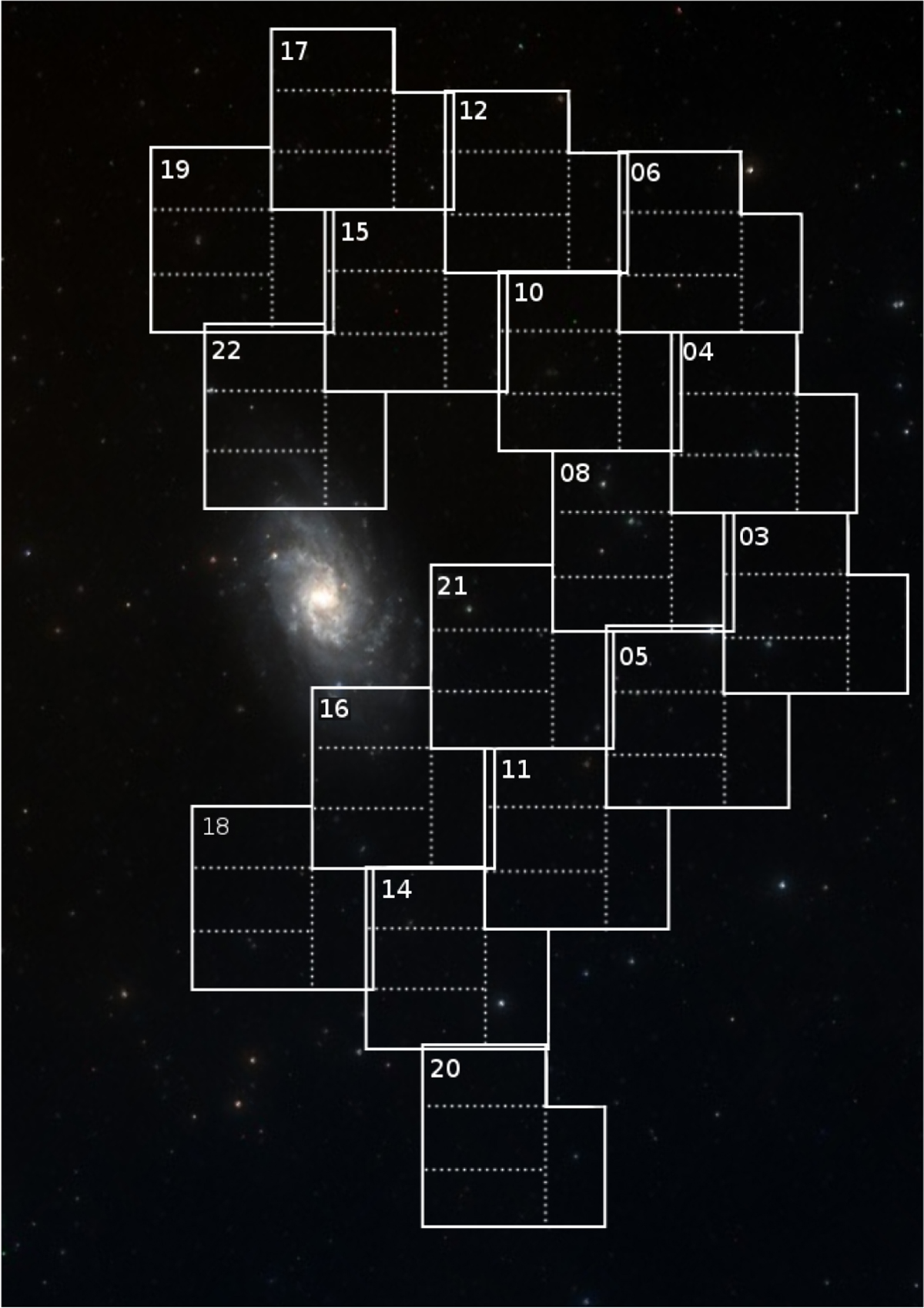