The supernova remnant W49B as seen with H.E.S.S. and Fermi-LAT

The supernova remnant (SNR) W49B originated from a core-collapse supernova that occurred between one and four thousand years ago, and subsequently evolved into a mixed-morphology remnant, which is interacting with molecular clouds (MC). Gamma-ray observations of SNR-MC associations are a powerful tool to constrain the origin of Galactic cosmic rays, as they can probe the acceleration of hadrons through their interaction with the surrounding medium and subsequent emission of non-thermal photons. We report the detection of a γ-ray source coincident with W49B at very high energies (VHE; E > 100 GeV) with the H.E.S.S. Cherenkov telescopes together with a study of the source with five years of Fermi-LAT high-energy γ-ray (0.06-300 GeV) data. The smoothly connected, combined source spectrum, measured from 60 MeV to multi-TeV energies, shows two significant spectral breaks at 304 ± 20 MeV and 8.4-2.5+2.2 GeV; the latter is constrained by the joint fit from the two instruments. The detected spectral features are similar to those observed in several other SNR-MC associations and are found to be indicative of γ-ray emission produced through neutral-pion decay. 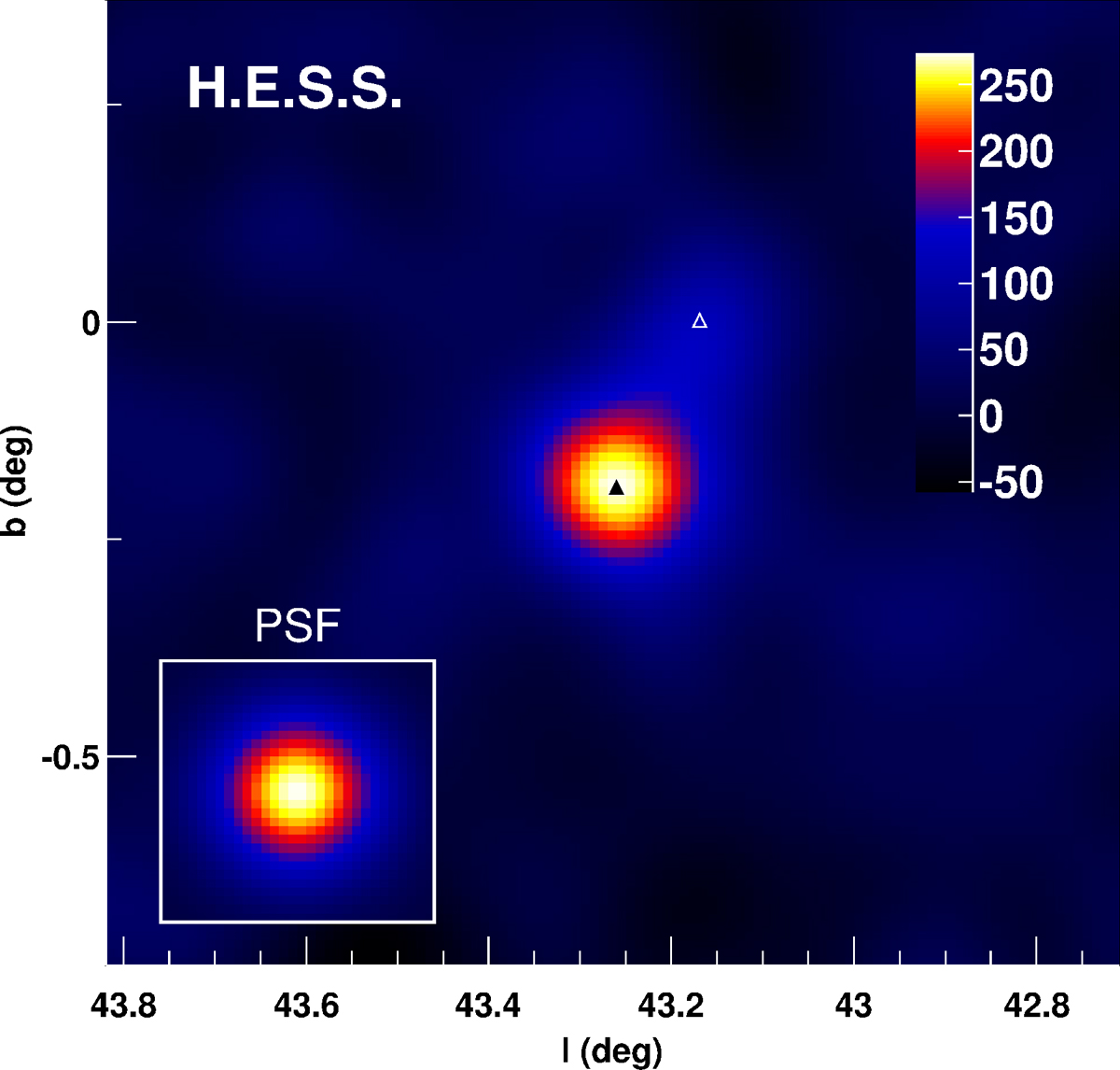