V391 Peg (alias HS 2201+2610) is a subdwarf B (sdB) pulsating star that shows both p- and g-modes. By studying the arrival times of the p-mode maxima and minima through the O-C method, in a previous article the presence of a planet was inferred with an orbital period of 3.2 years and a minimum mass of 3.2 MJup. Here we present an updated O-C analysis using a larger data set of 1066 h of photometric time series ( 2.5× larger in terms of the number of data points), which covers the period between 1999 and 2012 (compared with 1999-2006 of the previous analysis). Up to the end of 2008, the new O-C diagram of the main pulsation frequency (f1) is compatible with (and improves) the previous two-component solution representing the long-term variation of the pulsation period (parabolic component) and the giant planet (sine wave component). Since 2009, the O-C trend of f1 changes, and the time derivative of the pulsation period (p.) passes from positive to negative; the reason of this change of regime is not clear and could be related to nonlinear interactions between different pulsation modes. With the new data, the O-C diagram of the secondary pulsation frequency (f2) continues to show two components (parabola and sine wave), like in the previous analysis. Various solutions are proposed to fit the O-C diagrams of f1 and f2, but in all of them, the sinusoidal components of f1 and f2 differ or at least agree less well than before. The nice agreement found previously was a coincidence due to various small effects that are carefully analyzed. Now, with a larger dataset, the presence of a planet is more uncertain and would require confirmation with an independent method. The new data allow us to improve the measurement of p. for f1 and f2: using only the data up to the end of 2008, we obtain p.1 = (1.34 ± 0.04) × 10-12 and p.2 = (1.62 ± 0.22) × 10-12. The long-term variation of the two main pulsation periods (and the change of sign of p.1) is visible also in direct measurements made over several years. The absence of peaks near f1 in the Fourier transform and the secondary peak close to f2 confirm a previous identification as l = 0 and l = 1, respectively, and suggest a stellar rotation period of about 40 days. The new data allow constraining the main g-mode pulsation periods of the star. 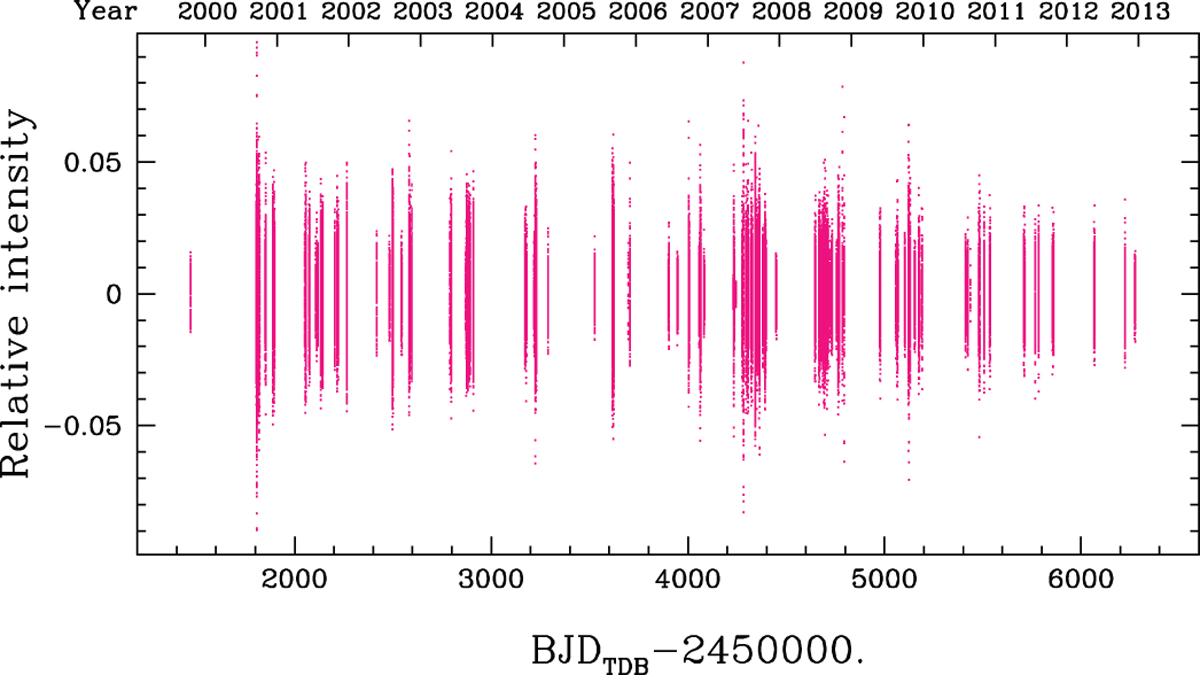