Context. Transition disks offer the extraordinary opportunity to look for newly born planets and to investigate the early stages of planet formation. Aim. In this context we observed the Herbig A5 star MWC 758 with the L'-band vector vortex coronagraph installed in the near-infrared camera and spectrograph NIRC2 at the Keck II telescope, with the aim of unveiling the nature of the spiral structure by constraining the presence of planetary companions in the system.
Methods: Our high-contrast imaging observations show a bright (ΔL' = 7.0 ± 0.3 mag) point-like emission south of MWC 758 at a deprojected separation of 20 au (r = 0.''111 ± 0.''004) from the central star. We also recover the two spiral arms (southeast and northwest), already imaged by previous studies in polarized light, and discover a third arm to the southwest of the star. No additional companions were detected in the system down to 5 Jupiter masses beyond 0.''6 from the star.
Results: We propose that the bright L'-band emission could be caused by the presence of an embedded and accreting protoplanet, although the possibility of it being an asymmetric disk feature cannot be excluded. The spiral structure is probably not related to the protoplanet candidate, unless on an inclined and eccentric orbit, and it could be due to one (or more) yet undetected planetary companions at the edge of or outside the spiral pattern. Future observations and additional simulations will be needed to shed light on the true nature of the point-like source and its link with the spiral arms. 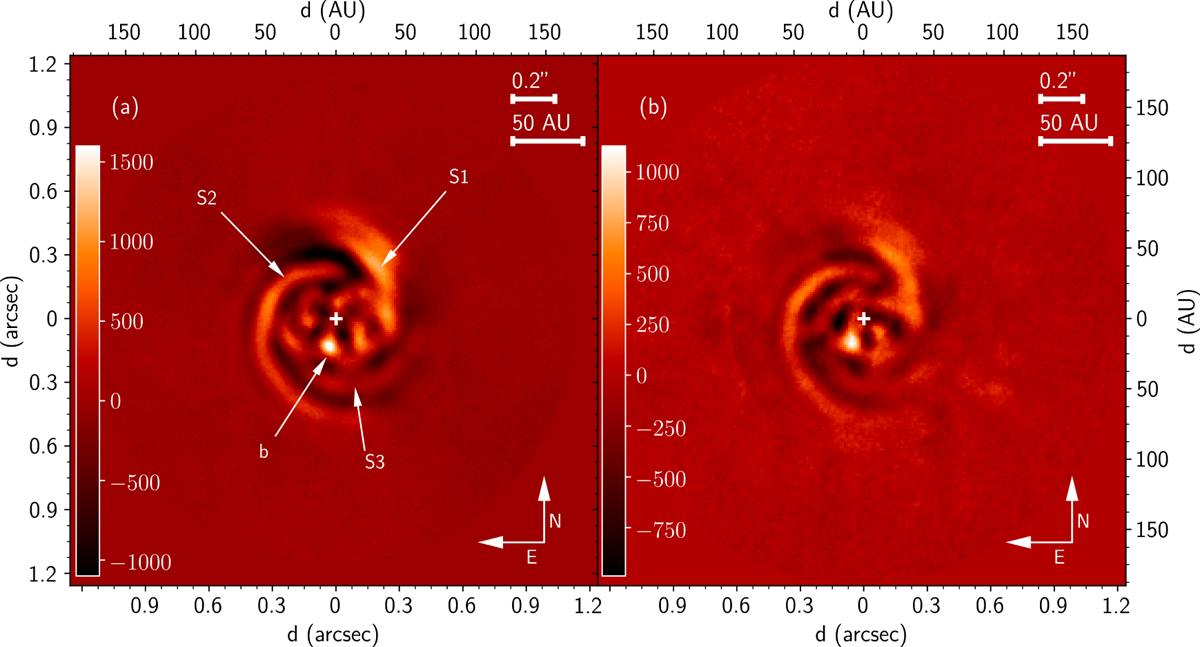