Using the CIFIST grid of CO5BOLD 3D model atmospheres to study the effects of stellar granulation on photometric colours. I. Grids of 3D corrections in the UBVRI, 2MASS, HIPPARCOS, Gaia, and SDSS systems

Context. The atmospheres of cool stars are temporally and spatially inhomogeneous due to the effects of convection. The influence of this inhomogeneity, referred to as granulation, on colours has never been investigated over a large range of effective temperatures and gravities. Aim. We aim to study, in a quantitative way, the impact of granulation on colours.
Methods: We use the CIFIST (Cosmological Impact of the FIrst Stars) grid of CO5BOLD (COnservative COde for the COmputation of COmpressible COnvection in a BOx of L Dimensions, L = 2, 3) hydrodynamical models to compute emerging fluxes. These in turn are used to compute theoretical colours in the UBV RI, 2MASS, HIPPARCOS, Gaia and SDSS systems. Every CO5BOLD model has a corresponding one dimensional (1D) plane-parallel LHD (Lagrangian HydroDynamics) model computed for the same atmospheric parameters, which we used to define a "3D correction" that can be applied to colours computed from fluxes computed from any 1D model atmosphere code. As an example, we illustrate these corrections applied to colours computed from ATLAS models.
Results: The 3D corrections on colours are generally small, of the order of a few hundredths of a magnitude, yet they are far from negligible. We find that ignoring granulation effects can lead to underestimation of Teff by up to 200 K and overestimation of gravity by up to 0.5 dex, when using colours as diagnostics. We have identified a major shortcoming in how scattering is treated in the current version of the CIFIST grid, which could lead to offsets of the order 0.01 mag, especially for colours involving blue and UV bands. We have investigated the Gaia and HIPPARCOS photometric systems and found that the (G - Hp), (BP - RP) diagram is immune to the effects of granulation. In addition, we point to the potential of the RVS photometry as a metallicity diagnostic.
Conclusions: Our investigation shows that the effects of granulation should not be neglected if one wants to use colours as diagnostics of the stellar parameters of F, G, K stars. A limitation is that scattering is treated as true absorption in our current computations, thus our 3D corrections are likely an upper limit to the true effect. We are already computing the next generation of the CIFIST grid, using an approximate treatment of scattering. 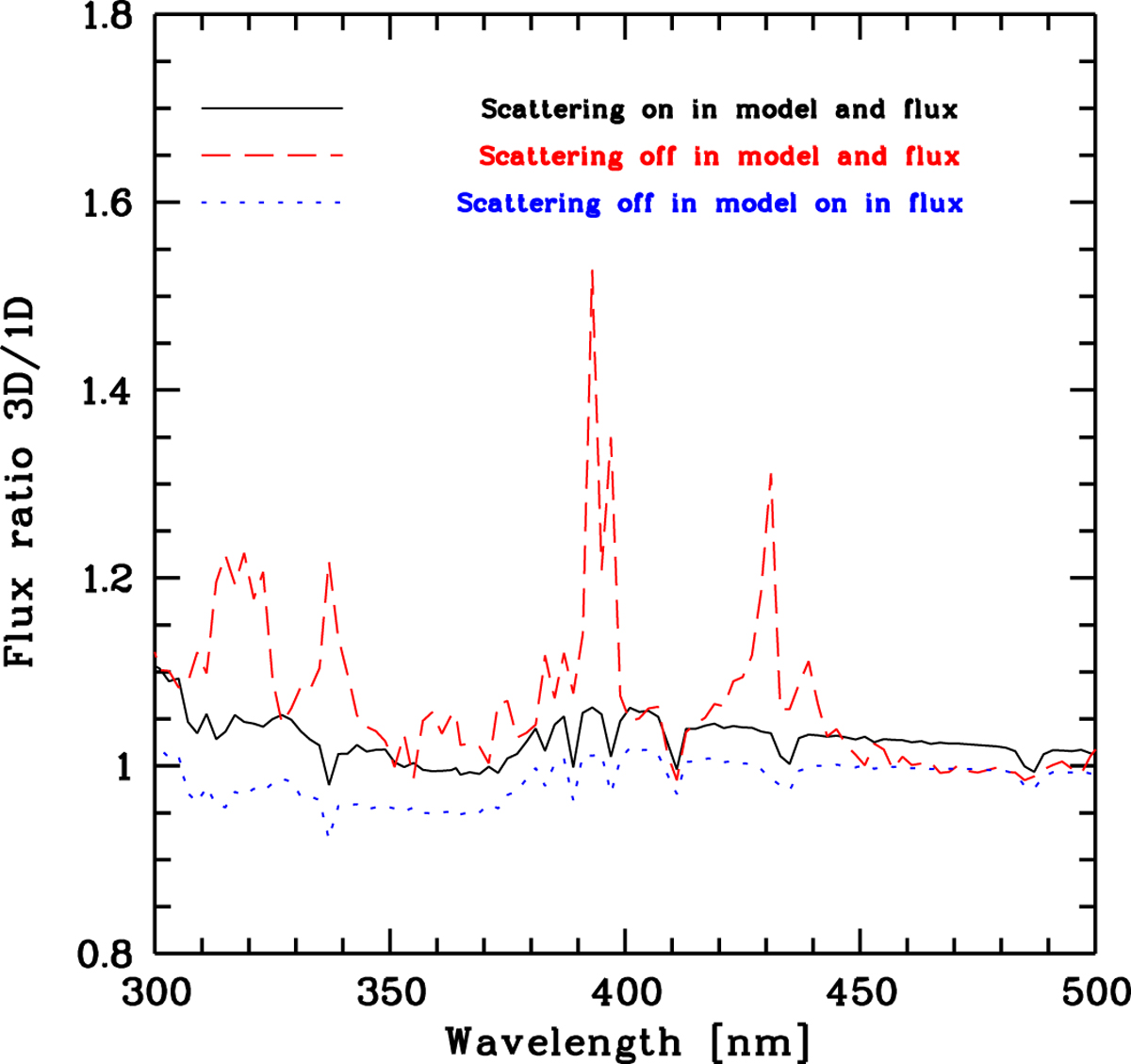