We present an analysis of ultraviolet (UV) to near-infrared observations of the fast-declining Type Ia supernovae (SNe Ia) 2007on and 2011iv, hosted by the Fornax cluster member NGC 1404. The B-band light curves of SN 2007on and SN 2011iv are characterised by ∆m15 (B) decline-rate values of 1.96 mag and 1.77 mag, respectively. Although they have similar decline rates, their peak B- and H-band magnitudes differ by 0.60 mag and 0.35 mag, respectively. After correcting for the luminosity vs. decline rate and the luminosity vs. colour relations, the peak B-band and H-band light curves provide distances that differ by 14% and 9%, respectively. These findings serve as a cautionary tale for the use of transitional SNe Ia located in early-type hosts in the quest to measure cosmological parameters. Interestingly, even though SN 2011iv is brighter and bluer at early times, by three weeks past maximum and extending over several months, its B - V colour is 0.12 mag redder than that of SN 2007on. To reconcile this unusual behaviour, we turn to guidance from a suite of spherical one-dimensional Chandrasekhar-mass delayed-detonation explosion models. In this context, 56Ni production depends on both the so-called transition density and the central density of the progenitor white dwarf. To first order, the transition density drives the luminosity-width relation, while the central density is an important second-order parameter. Within this context, the differences in the B - V colour evolution along the Lira regime suggest that the progenitor of SN 2011iv had a higher central density than SN 2007on. 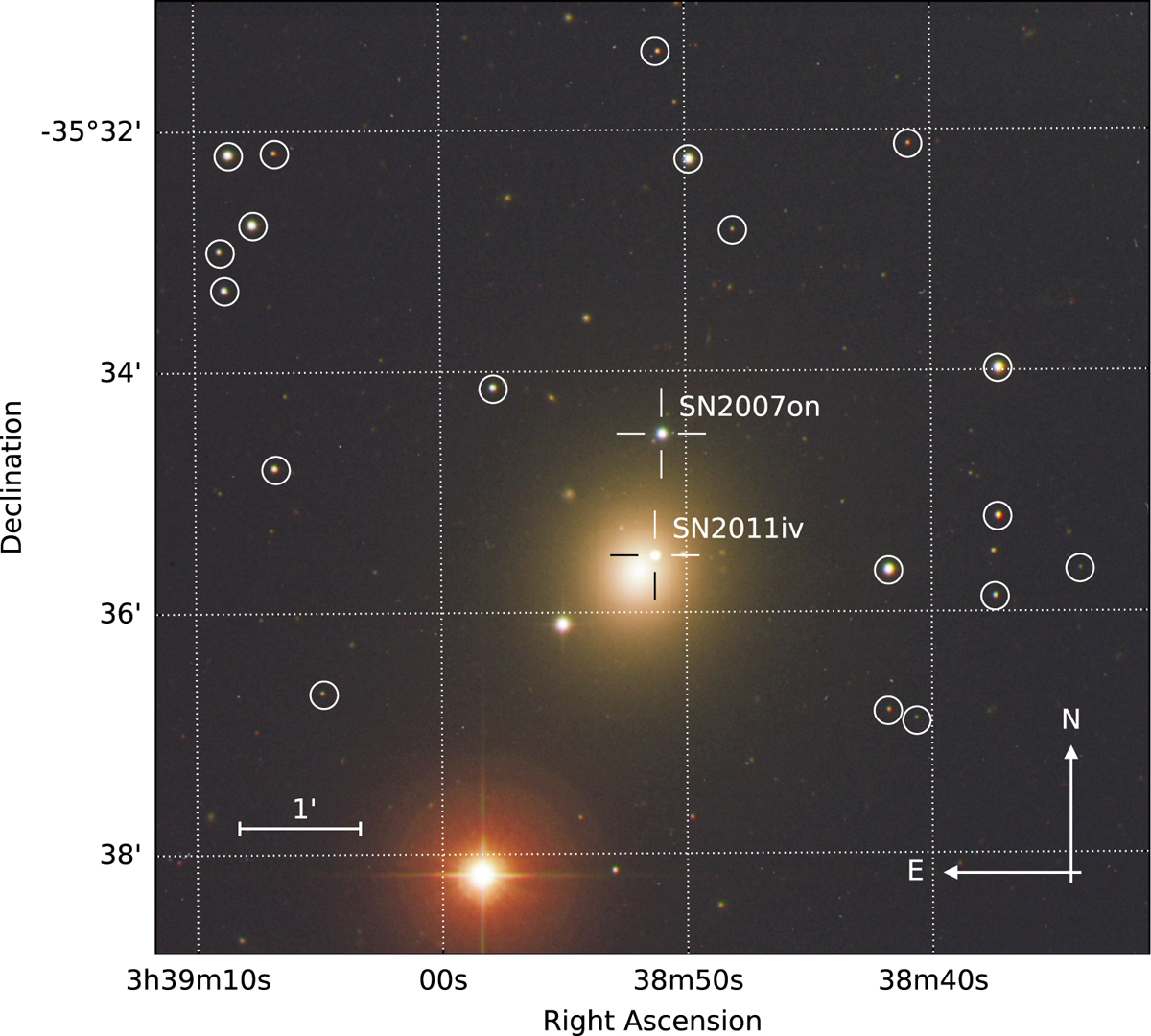