Context. V2492 Cyg is a young pre-main sequence star presenting repetitive brightness variations of significant amplitude (∆R ≥ 5 mag) whose physical origin has been ascribed to both extinction (UXor-type) and accretion (EXor-type) variability, although their mutual proportion has not been clarified yet. Recently, V2492 Cyg has reached a level of brightness ever registered in the period of its documented activity. Aim. We aim to derive the variation of the mass accretion rate between low- and high-state and to get new insights on the origin of the variability of V2492 Cyg.
Methods: Optical and near-infrared (NIR) photometry and spectroscopy have been obtained in October 2016 and between March and July 2017. The source has remained bright until the end of May 2017, then it started to rapidly fade since the beginning of June at a rate of 0.08 mag/day. On mid-July 2017 the source has reached the same low-brightness level as two years before. Extinction and mass accretion rate were derived by means of the luminosity of the brightest lines, in particular Hα and Hβ. A couple of optical high-resolution spectra are also presented to derive information on the gas kinematics.
Results: Visual extinction variations do not exceed a few magnitudes, while the mass accretion rate is estimated to vary from less than 10-8 up to a few 10-7 M☉ yr-1. This latter is comparable to that estimated on the previous high-state in 2010, likely occurred under more severe extinction conditions.
Conclusions: The combined analysis of the optical and NIR observations extends to the present event the original suggestion that the V2492 Cyg variability is a combination of changing extinction and accretion. 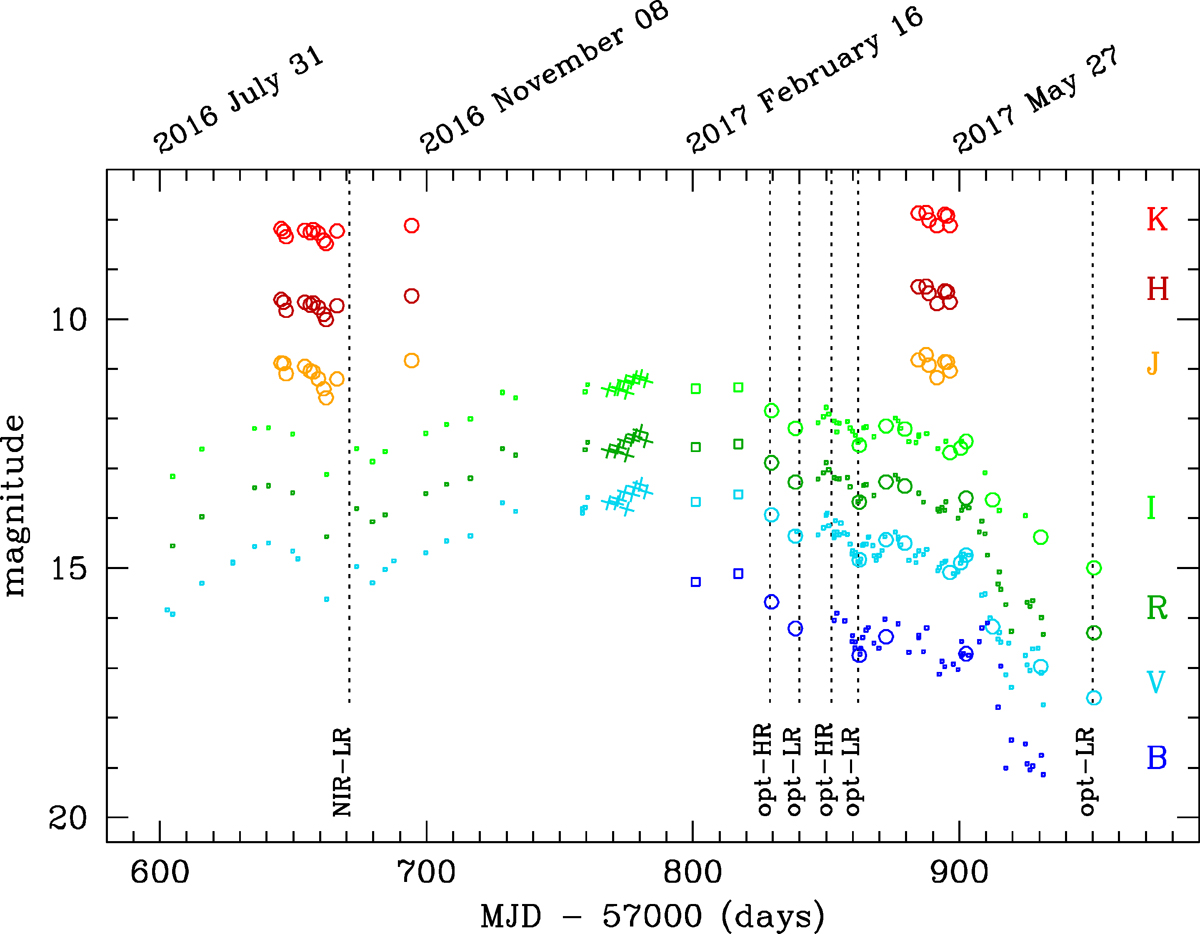