Context. Different models for the heating of solar corona assume or predict different locations of the energy input: concentrated at the footpoints, at the apex, or uniformly distributed. The brightening of a loop could be due to the increase in electron density ne, the temperature T, or a mixture of both. Aim. We investigate possible reasons for the brightening of a cool loop at transition region temperatures through imaging and spectral observation.
Methods: We observed a loop with the Interface Region Imaging Spectrograph (IRIS) and used the slit-jaw images together with spectra taken at a fixed slit position to study the evolution of plasma properties in and below the loop. We used spectra of Si IV, which forms at around 80 000 K in equilibrium, to identify plasma motions and derive electron densities from the ratio of inter-combination lines of O IV. Additional observations from the Solar Dynamics Observatory (SDO) were employed to study the response at coronal temperatures (Atmospheric Imaging Assembly, AIA) and to investigate the surface magnetic field below the loop (Helioseismic and Magnetic Imager, HMI).
Results: The loop first appears at transition region temperatures and later also at coronal temperatures, indicating a heating of the plasma in the loop. The appearance of hot plasma in the loop coincides with a possible accelerating upflow seen in Si IV, with the Doppler velocity shifting continuously from -70 km s-1 to -265 km s-1. The 3D magnetic field lines extrapolated from the HMI magnetogram indicate possible magnetic reconnection between small-scale magnetic flux tubes below or near the loop apex. At the same time, an additional intensity enhancement near the loop apex is visible in the IRIS slit-jaw images at 1400 Å. These observations suggest that the loop is probably heated by the interaction between the loop and the upflows, which are accelerated by the magnetic reconnection between small-scale magnetic flux tubes at lower altitudes. Before and after the possible heating phase, the intensity changes in the optically thin (Si IV) and optical thick line (C II) are mainly contributed by the density variation without significant heating.
Conclusions: We therefore provide evidence for the heating of an envelope loop that is affected by accelerating upflows, which are probably launched by magnetic reconnection between small-scale magnetic flux tubes underneath the envelope loop. This study emphasizes that in the complex upper atmosphere of the Sun, the dynamics of the 3D coupled magnetic field and flow field plays a key role in thermalizing 1D structures such as coronal loops.

An animation associated to Fig. 1 is available at https://www.aanda.org 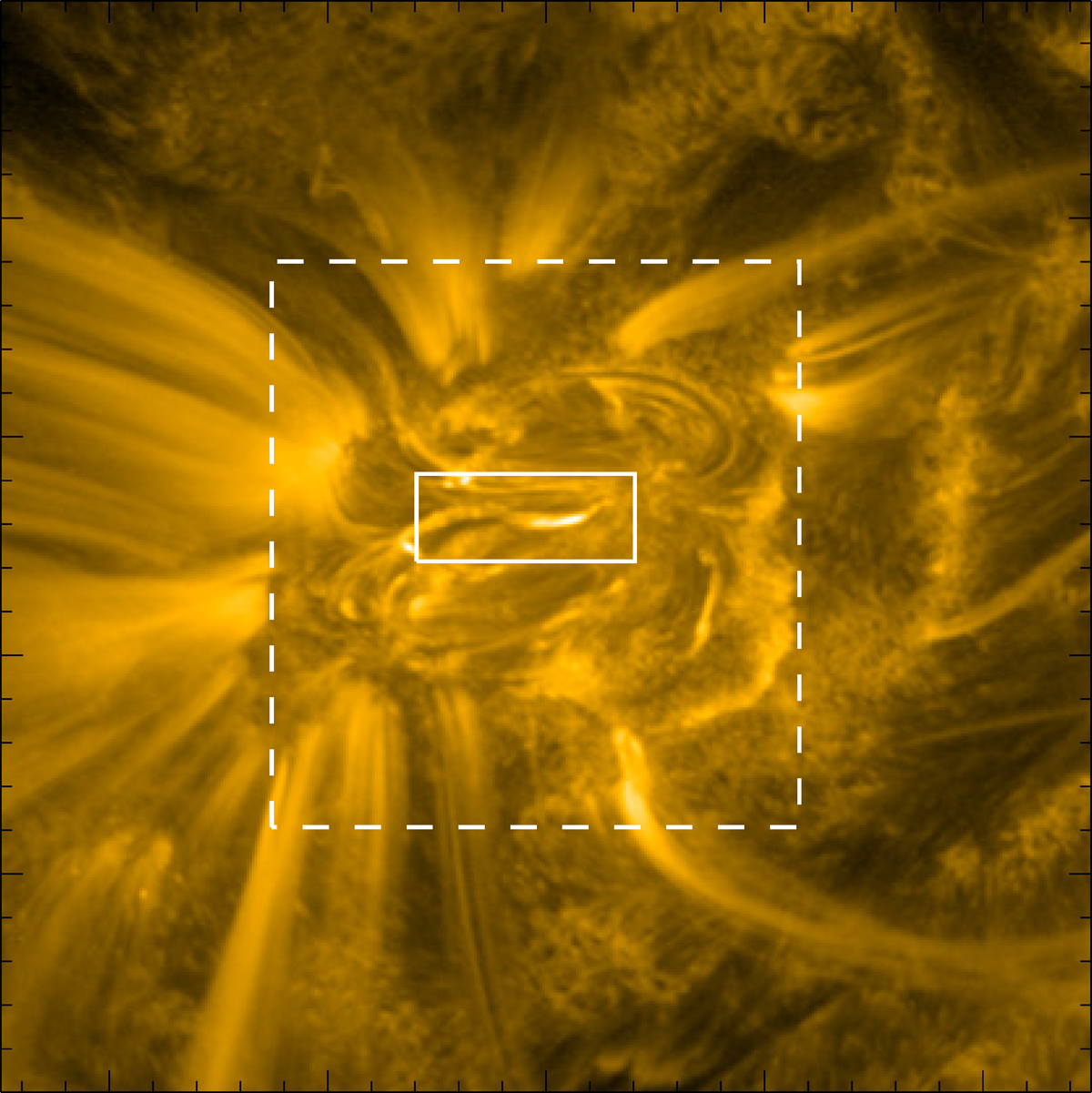