Discovery of CH4 in the Martian atmosphere has led to much discussion since it could be a signature of biological and/or geological activities on Mars. However, the presence of CH4 and its temporal and spatial variations are still under discussion because of the large uncertainties embedded in the previous observations. We performed sensitive measurements of Martian CH4 by using the Echelon-Cross-Echelle Spectrograph (EXES) onboard the Stratospheric Observatory for Infrared Astronomy (SOFIA) on 16 March 2016, which corresponds to summer (Ls = 123.2∘) in the northern hemisphere on Mars. The high altitude of SOFIA ( 13.7 km) enables us to significantly reduce the effects of terrestrial atmosphere. Thanks to this, SOFIA/EXES improves our chances of detecting Martian CH4 lines because it reduces the impact of telluric CH4 on Martian CH4, and allows us to use CH4 lines in the 7.5 μm band which has less contamination. However, our results show no unambiguous detection of Martian CH4. The Martian disk was spatially resolved into 3 × 3 areas, and the upper limits on the CH4 volume mixing ratio range from 1 to 9 ppb across the Martian atmosphere, which is significantly less than detections in several other studies. These results emphasize that release of CH4 on Mars is sporadic and/or localized if the process is present. 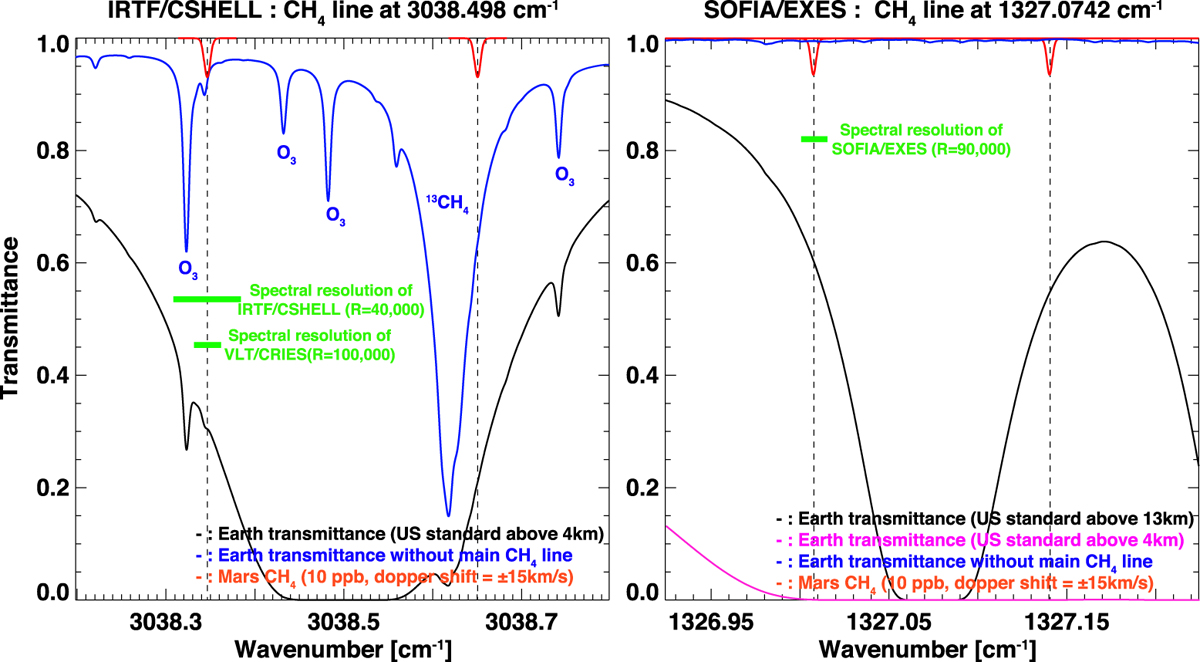