An ALMA study of the Orion Integral Filament. I. Evidence for narrow fibers in a massive cloud

Aim. We have investigated the gas organization within the paradigmatic Integral Shape Filament (ISF) in Orion in order to decipher whether or not all filaments are bundles of fibers.
Methods: We combined two new ALMA Cycle 3 mosaics with previous IRAM 30m observations to produce a high-dynamic range N2H+ (1-0) emission map of the ISF tracing its high-density material and velocity structure down to scales of 0.009 pc (or 2000 AU).
Results: From the analysis of the gas kinematics, we identify a total of 55 dense fibers in the central region of the ISF. Independently of their location in the cloud, these fibers are characterized by transonic internal motions, lengths of 0.15 pc, and masses per unit length close to those expected in hydrostatic equilibrium. The ISF fibers are spatially organized forming a dense bundle with multiple hub-like associations likely shaped by the local gravitational potential. Within this complex network, the ISF fibers show a compact radial emission profile with a median FWHM of 0.035 pc systematically narrower than the previously proposed universal 0.1 pc filament width.
Conclusions: Our ALMA observations reveal complex bundles of fibers in the ISF, suggesting strong similarities between the internal substructure of this massive filament and previously studied lower-mass objects. The fibers show identical dynamic properties in both low- and high-mass regions, and their widespread detection in nearby clouds suggests a preferred organizational mechanism of gas in which the physical fiber dimensions (width and length) are self-regulated depending on their intrinsic gas density. Combining these results with previous works in Musca, Taurus, and Perseus, we identify a systematic increase of the surface density of fibers as a function of the total mass per-unit-length in filamentary clouds. Based on this empirical correlation, we propose a unified star-formation scenario where the observed differences between low- and high-mass clouds, and the origin of clusters, emerge naturally from the initial concentration of fibers. 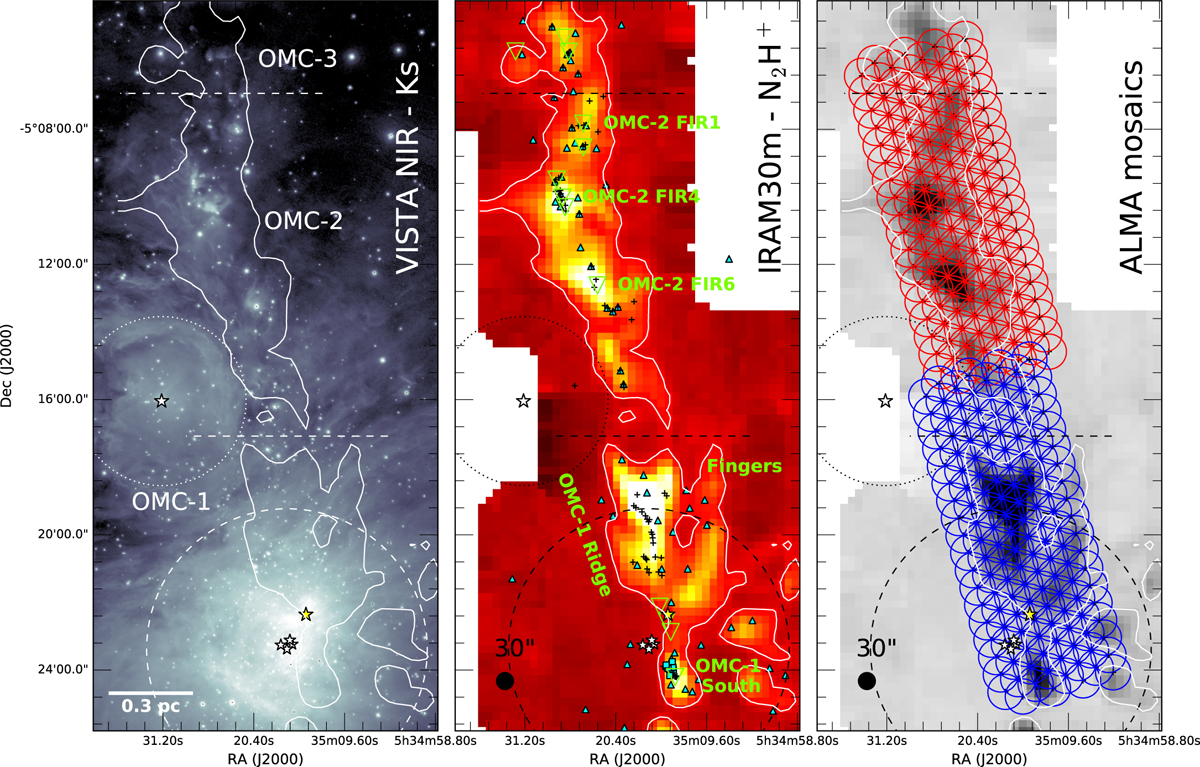