Context. The main goal of the CARMENES survey is to find Earth-mass planets around nearby M-dwarf stars. Seven M dwarfs included in the CARMENES sample had been observed before with HIRES and HARPS and either were reported to have one short period planetary companion (GJ 15 A, GJ 176, GJ 436, GJ 536 and GJ 1148) or are multiple planetary systems (GJ 581 and GJ 876).
Aims: We aim to report new precise optical radial velocity measurements for these planet hosts and test the overall capabilities of CARMENES.
Methods: We combined our CARMENES precise Doppler measurements with those available from HIRES and HARPS and derived new orbital parameters for the systems. Bona-fide single planet systems were fitted with a Keplerian model. The multiple planet systems were analyzed using a self-consistent dynamical model and their best fit orbits were tested for long-term stability.
Results: We confirm or provide supportive arguments for planets around all the investigated stars except for GJ 15 A, for which we find that the post-discovery HIRES data and our CARMENES data do not show a signal at 11.4 days. Although we cannot confirm the super-Earth planet GJ 15 Ab, we show evidence for a possible long-period (Pc = 7030-630+970 d) Saturn-mass (mcsini = 51.8M⊕) planet around GJ 15 A. In addition, based on our CARMENES and HIRES data we discover a second planet around GJ 1148, for which we estimate a period Pc = 532.6 days, eccentricity ec = 0.342 and minimum mass mcsini = 68.1M⊕.
Conclusions: The CARMENES optical radial velocities have similar precision and overall scatter when compared to the Doppler measurements conducted with HARPS and HIRES. We conclude that CARMENES is an instrument that is up to the challenge of discovering rocky planets around low-mass stars. 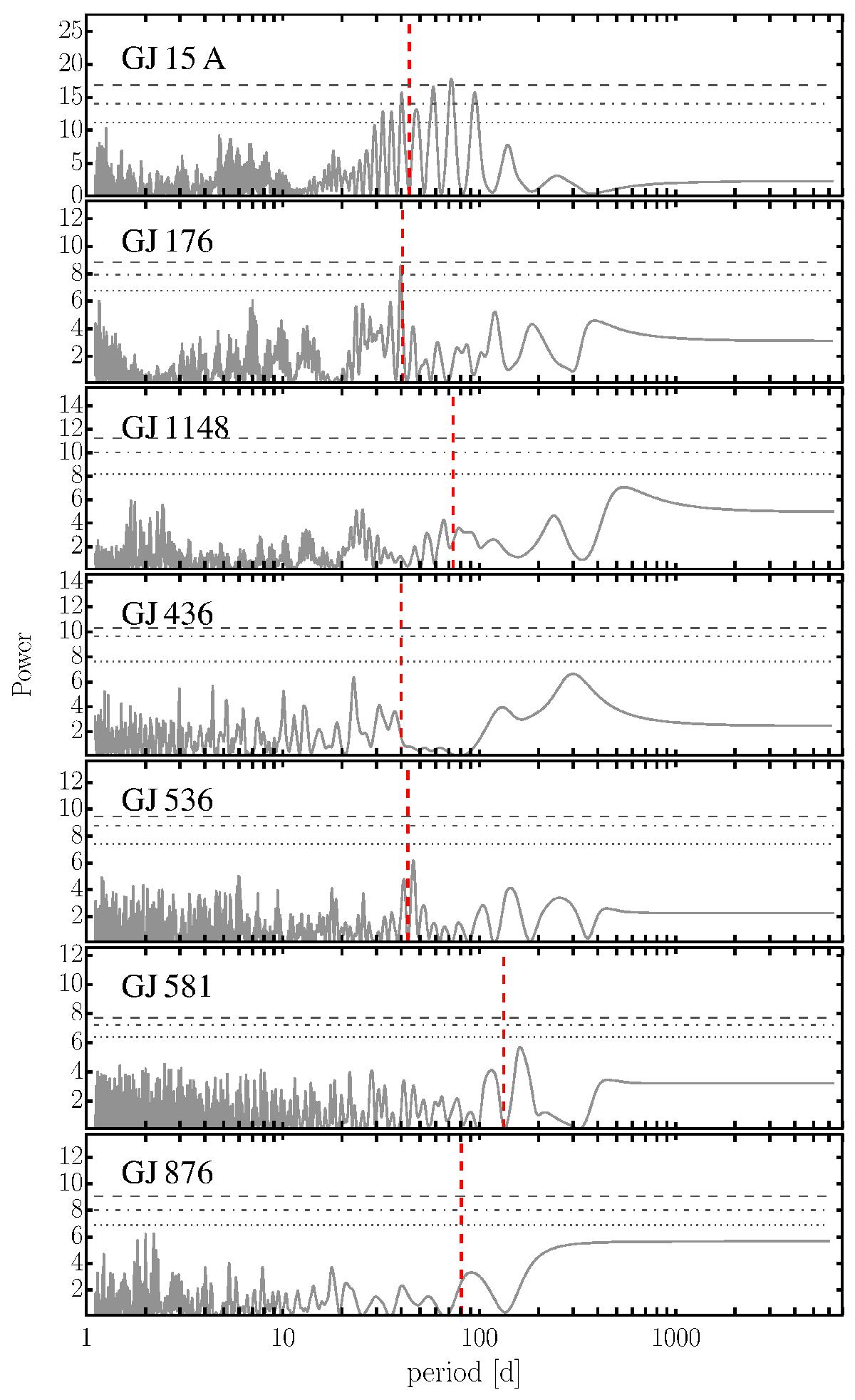