Context. Mass loss is one of the fundamental properties of asymptotic giant branch (AGB) stars, and through the enrichment of the interstellar medium, AGB stars are key players in the life cycle of dust and gas in the universe. However, a quantitative understanding of the mass-loss process is still largely lacking.
Aims: We aim to investigate mass loss and luminosity in a large sample of evolved stars in several Local Group galaxies with a variety of metalliticies and star-formation histories: the Small and Large Magellanic Cloud, and the Fornax, Carina, and Sculptor dwarf spheroidal galaxies (dSphs).
Methods: Dust radiative transfer models are presented for 225 carbon stars and 171 oxygen-rich evolved stars in several Local Group galaxies for which spectra from the Infrared Spectrograph on Spitzer are available. The spectra are complemented with available optical and infrared photometry to construct spectral energy distributions. A minimization procedure was used to determine luminosity and mass-loss rate (MLR). Pulsation periods were derived for a large fraction of the sample based on a re-analysis of existing data.
Results: New deep K-band photometry from the VMC survey and multi-epoch data from IRAC (at 4.5 μm) and AllWISE and NEOWISE have allowed us to derive pulsation periods longer than 1000 days for some of the most heavily obscured and reddened objects. We derive (dust) MLRs and luminosities for the entire sample. The estimated MLRs can differ significantly from estimates for the same objects in the literature due to differences in adopted optical constants (up to factors of several) and details in the radiative transfer modelling. Updated parameters for the super-AGB candidate MSX SMC 055 (IRAS 00483-7347) are presented. Its current mass is estimated to be 8.5 ± 1.6 M⊙, suggesting an initial mass well above 8 M⊙ in agreement with estimates based on its large Rubidium abundance. Using synthetic photometry, we present and discuss colour-colour and colour-magnitude diagrams which can be expected from the James Webb Space Telescope. 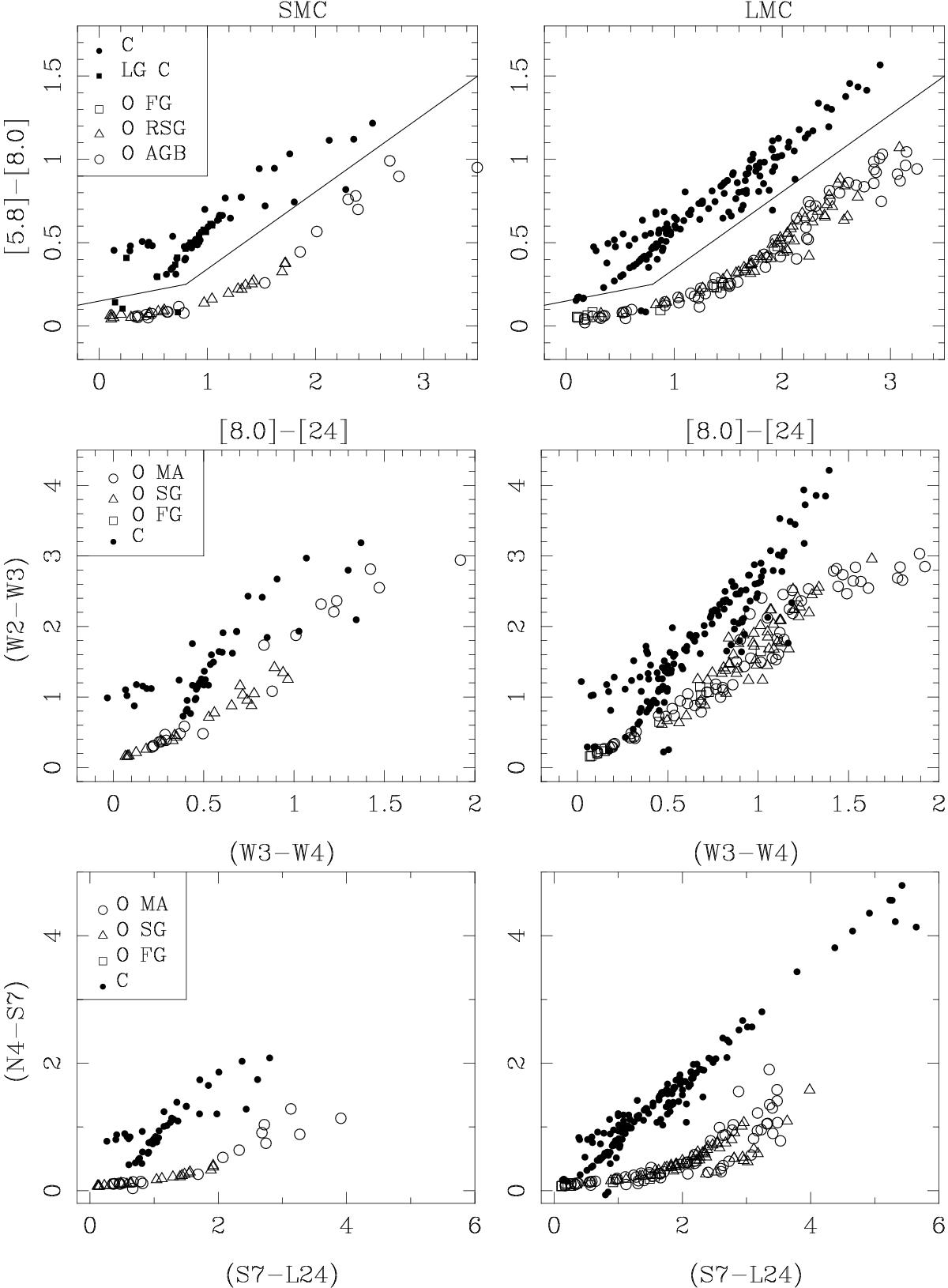