In this paper, new two-dimensional hydrodynamical simulations of η Car's nebulae are performed. In the 1840s, the massive star η Car suffered a major eruption that resulted in the formation of a bipolar structure, which is commonly known as the large Homunculus. During this event, η Car expelled into the circumstellar material a total mass of 10 M⊙ and released a total energy of Ek 1050 erg over a very short time (≤5 yr). These kinds of explosive events are frequently called supernova impostors due to their resemblance to a type II supernova, but the stars survive the explosion. In the case of η Car, a brief explosion scenario provides a potential explanation for the behavior of the historical light curve of η Car a few years ( 10 yr) after the nineteenth century outburst. Here, such an alternative scenario of an explosion is assumed (instead of a super-Eddington wind) in order to investigate whether an explosive event is also able to explain the shape and kinematics of the large Homunculus. I show that the numerical simulations presented here indeed resemble some of the observed features of the nebula, such as the present-day double-shell structure of the Homunculus, with a thin outer dense shell and a thicker inner layer, as well as thermal instabilities (Rayleigh-Taylor and Kelvin-Helmholtz) along the dense shell that may lead to the current mottled appearance of the large Homunculus. Nonetheless, the explosion model for the 1840s major eruption of η Car is not able to account for the estimated age of the large Homunculus. 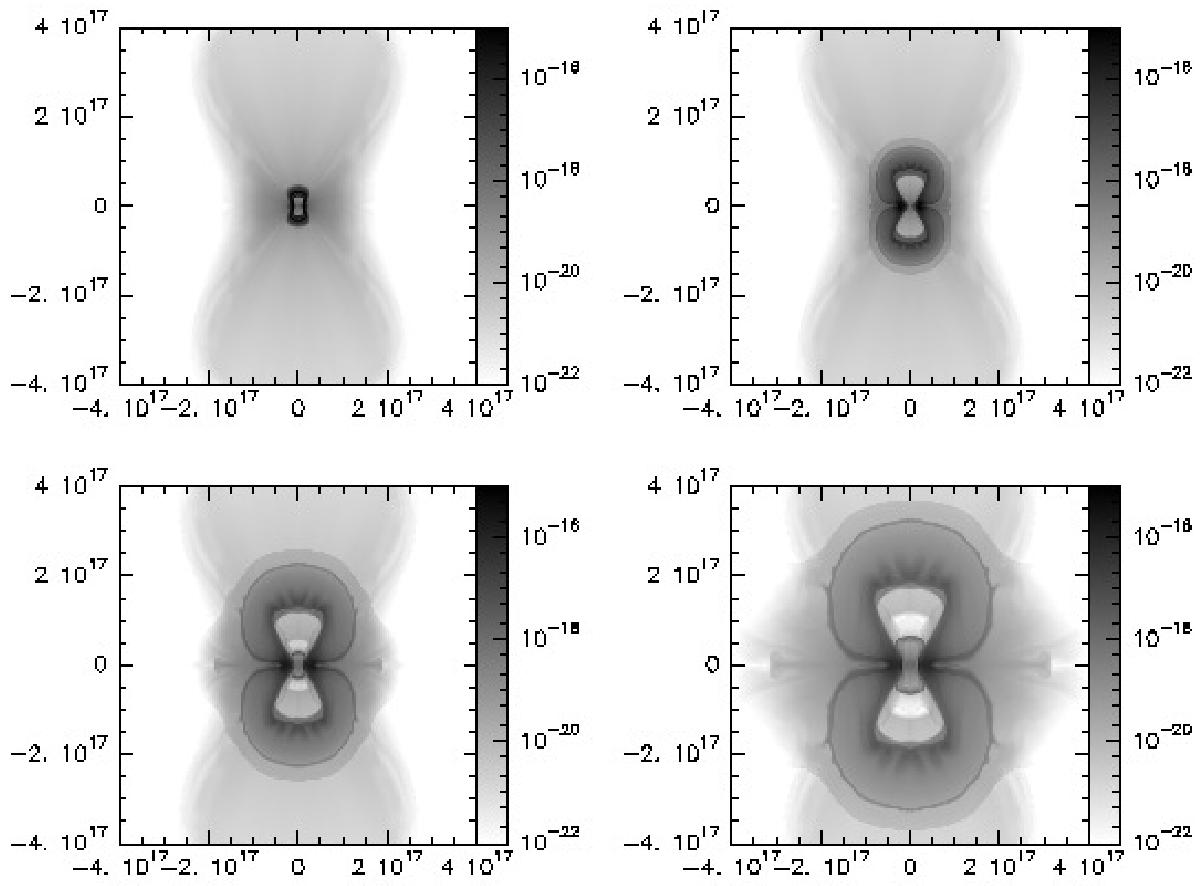