Multi-wavelength campaign on NGC 7469. II. Column densities and variability in the X-ray spectrum

We have investigated the ionic column density variability of the ionized outflows associated with NGC 7469, to estimate their location and power. This could allow a better understanding of galactic feedback of AGNs to their host galaxies. Analysis of seven XMM-Newton grating observations from 2015 is reported. We used an individual-ion spectral fitting approach, and compared different epochs to accurately determine variability on timescales of years, months, and days. We find no significant column density variability in a ten-year period implying that the outflow is far from the ionizing source. The implied lower bound on the ionization equilibrium time, ten years, constrains the lower limit on the distance to be at least 12 pc, and up to 31 pc, much less but consistent with the 1 kpc wide starburst ring. The ionization distribution of column density is reconstructed from measured column densities, nicely matching results of two 2004 observations, with one large high ionization parameter (ξ) component at 2 < log ξ< 3.5, and one at 0.5 < log ξ< 1 in cgs units. The strong dependence of the expression for kinetic power, ∝ 1 /ξ, hampers tight constraints on the feedback mechanism of outflows with a large range in ionization parameter, which is often observed and indicates a non-conical outflow. The kinetic power of the outflow is estimated here to be within 0.4 and 60% of the Eddington luminosity, depending on the ion used to estimate ξ. 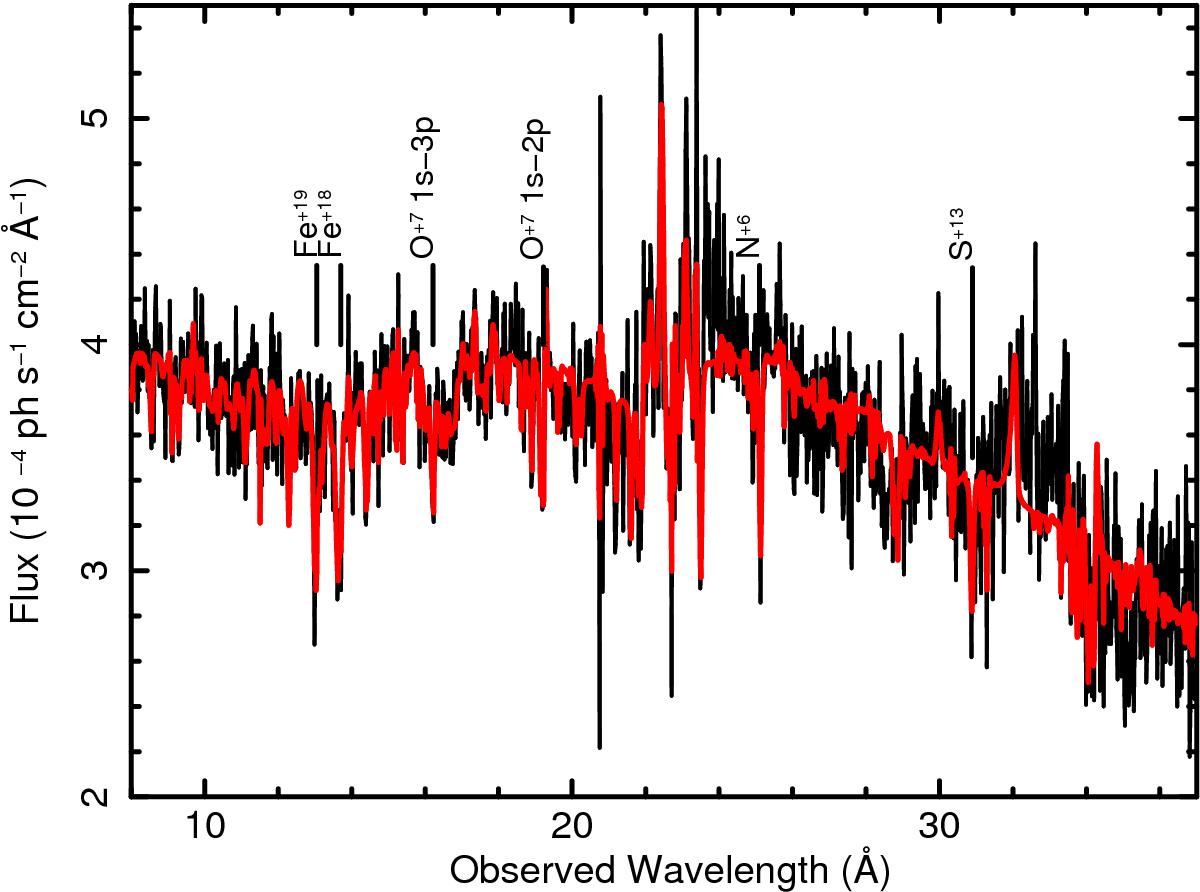