The distribution of stars around the Milky Way's central black hole. I. Deep star counts

Context. The existence of dynamically relaxed stellar density cusps in dense clusters around massive black holes is a long-standing prediction of stellar dynamics, but it has so far escaped unambiguous observational confirmation.
Aims: In this paper we aim to revisit the problem of inferring the innermost structure of the Milky Way's nuclear star cluster via star counts, to clarify whether it displays a core or a cusp around the central black hole.
Methods: We used judiciously selected adaptive optics assisted high angular resolution images obtained with the NACO instrument at the ESO VLT. Through image stacking and improved point spread function fitting we pushed the completeness limit about one magnitude deeper than in previous, comparable work. Crowding and extinction corrections were derived and applied to the surface density estimates. Known young, and therefore dynamically not relaxed stars, are excluded from the analysis. Contrary to previous work, we analyse the stellar density in well-defined magnitude ranges in order to be able to constrain stellar masses and ages.
Results: We focus on giant stars, with observed magnitudes K = 12.5-16, and on stars with observed magnitudes K ≈ 18, which may have similar mean ages and masses than the former. The giants display a core-like surface density profile within a projected radius R ≤ 0.3 pc of the central black hole, in agreement with previous studies, but their 3D density distribution is not inconsistent with a shallow cusp if we take into account the extent of the entire cluster, beyond the radius of influence of the central black hole. The surface density of the fainter stars can be described well by a single power-law at R < 2 pc. The cusp-like profile of the faint stars persists even if we take into account the possible contamination of stars in this brightness range by young pre-main sequence stars. The data are inconsistent with a core-profile for the faint stars. Finally, we show that a 3D Nuker law provides a good description of the cluster structure.
Conclusions: We conclude that the observed density of the faintest stars detectable with reasonable completeness at the Galactic centre, is consistent with the existence of a stellar cusp around the Milky Way's central black hole, Sagittarius A*. This cusp is well developed inside the influence radius of Sagittarius A* and can be described by a single three-dimensional power-law with an exponent γ = 1.43 ± 0.02 ± 0.1sys. This corroborates existing conclusions from Nbody simulations performed in a companion paper. An important caveat is that the faint stars analysed here may be contaminated significantly by dynamically unrelaxed stars that formed about 100 Myr ago. The apparent lack of giants at projected distances of R ≲ 0.3 pc (R ≲ 8'') of the massive black hole may indicate that some mechanism may have altered their distribution or intrinsic luminosity. We roughly estimate the number of possibly missing giants to about 100. 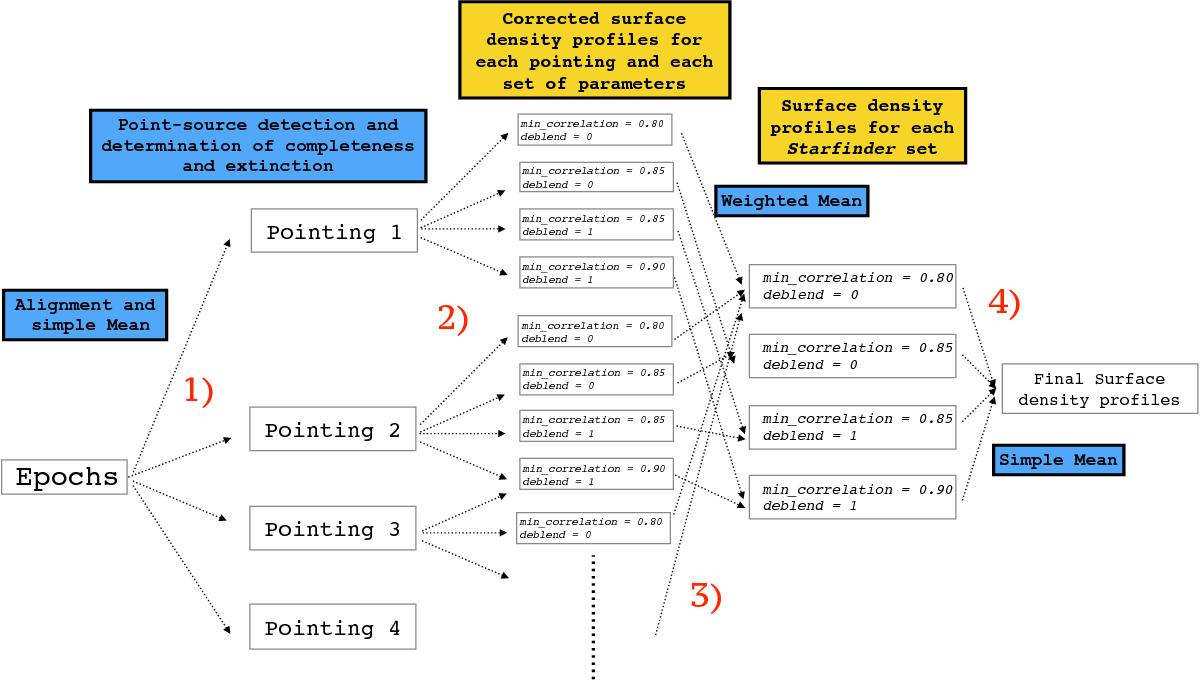