Context. Magnetospheric accretion has been thoroughly studied in young stellar systems with full non-evolved accretion disks, but it is poorly documented for transition disk objects with large inner cavities.
Aims: We aim at characterizing the star-disk interaction and the accretion process onto the central star of LkCa 15, a prototypical transition disk system with an inner dust cavity that is 50 au wide.
Methods: We obtained quasi-simultaneous photometric and spectropolarimetric observations of the system over several rotational periods. We analyzed the system light curve and associated color variations, as well as changes in spectral continuum and line profile to derive the properties of the accretion flow from the edge of the inner disk to the central star. We also derived magnetic field measurements at the stellar surface.
Results: We find that the system exhibits magnetic, photometric, and spectroscopic variability with a period of about 5.70 days. The light curve reveals a periodic dip, which suggests the presence of an inner disk warp that is located at the corotation radius at about 0.06 au from the star. Line profile variations and veiling variability are consistent with a magnetospheric accretion model where the funnel flows reach the star at high latitudes. This leads to the development of an accretion shock close to the magnetic poles. All diagnostics point to a highly inclined inner disk that interacts with the stellar magnetosphere.
Conclusions: The spectroscopic and photometric variability on a timescale of days to weeks of LkCa 15 is remarkably similar to that of AA Tau, the prototype of periodic dippers. We therefore suggest that the origin of the variability is a rotating disk warp that is located at the inner edge of a highly inclined disk close to the star. This contrasts with the moderate inclination of the outer transition disk seen on the large scale and thus provides evidence for a significant misalignment between the inner and outer disks of this planet-forming transition disk system.

Based on observations obtained at the Canada-France-Hawaii Telescope (CFHT) which is operated by the National Research Council of Canada, the Institut National des Sciences de l'Univers of the Centre National de la Recherche Scientifique of France, and the University of Hawaii. 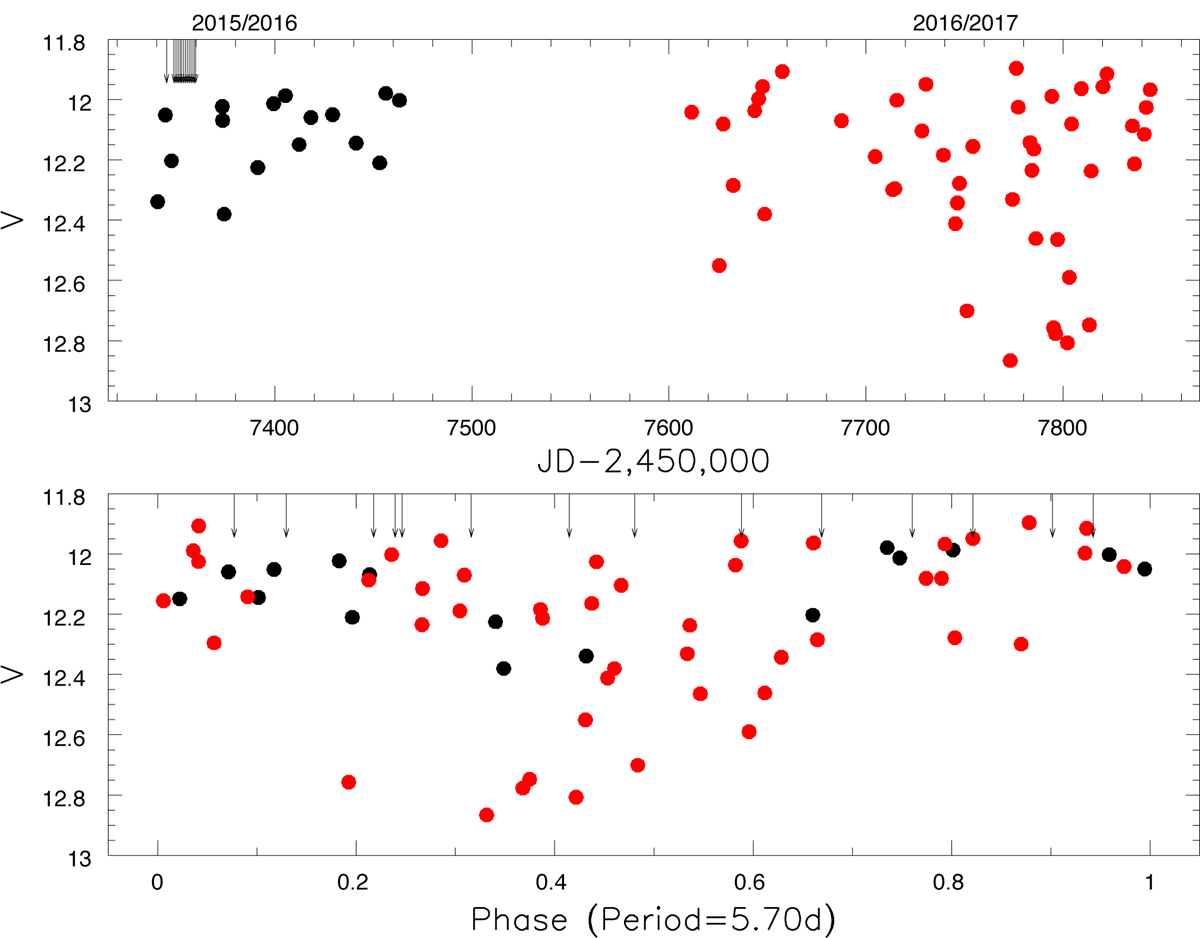