Context. Barium (Ba) stars are dwarf and giant stars enriched in elements heavier than iron produced by the slow neutron-capture process (s process). These stars belong to binary systems in which the primary star evolved through the asymptotic giant branch (AGB) phase. During this phase the primary star produced s-process elements and transferred them onto the secondary, which is now observed as a Ba star.
Aims: We compare the largest homogeneous set of Ba giant star observations of the s-process elements Y, Zr, La, Ce, and Nd with AGB nucleosynthesis models to reach a better understanding of the s process in AGB stars.
Methods: By considering the light-s (ls: Y and Zr) heavy-s (hs: La, Ce, and Nd) and elements individually, we computed for the first time quantitative error bars for the different hs-element to ls-element abundance ratios, and for each of the sample stars. We compared these ratios to low-mass AGB nucleosynthesis models. We excluded La from our analysis because the strong La lines in some of the sample stars cause an overestimation and unreliable abundance determination, as compared to the other observed hs-type elements.
Results: All the computed hs-type to ls-type element ratios show a clear trend of increasing with decreasing metallicity with a small spread (less than a factor of 3). This trend is predicted by low-mass AGB models in which 13C is the main neutron source. The comparison with rotating AGB models indicates the need for the presence of an angular momentum transport mechanism that should not transport chemical species, but significantly reduces the rotational speed of the core in the advanced stellar evolutionary stages. This is an independent confirmation of asteroseismology observations of the slow down of core rotation in giant stars, and of rotational velocities of white dwarfs lower than predicted by models without an extra angular momentum transport mechanism. 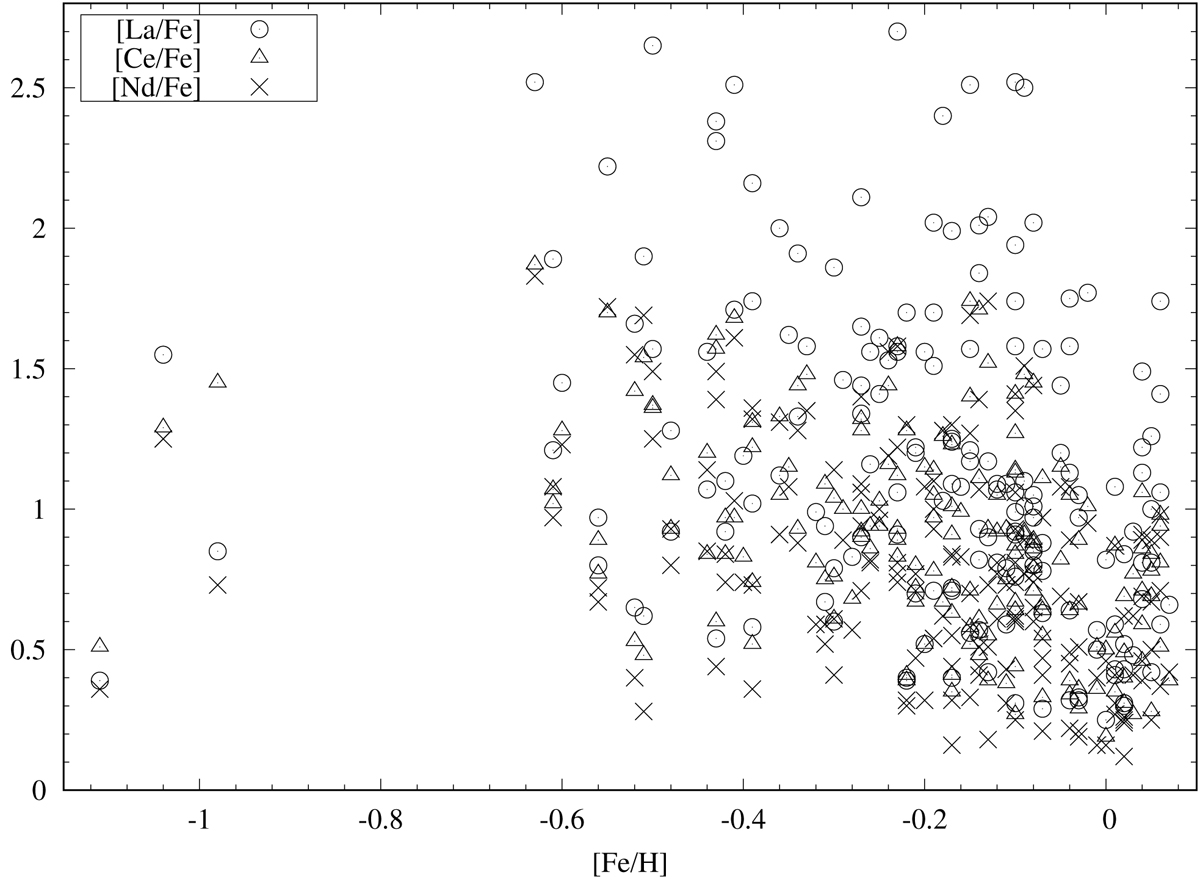