Since the Virgo cluster is the closest galaxy cluster in the northern hemisphere, galaxy interactions can be observed in it at kiloparsec resolution. The spiral galaxy NGC 4388 underwent a ram-pressure stripping event ∼200 Myr ago caused by its highly eccentric orbit within the Virgo cluster. This galaxy fulfills all diagnostic criteria for having undergone active ram-pressure stripping in the recent past: it has a strongly truncated HI and Hα disk, an asymmetric ridge of polarized radio continuum emission, extended extraplanar gas toward the opposite side of the ridge of polarized radio continuum emission, and has undergone a recent (a few hundred million years ago) quenching of its star formation activity in the outer, gas-free galactic disk. We made dynamical simulations of the ram-pressure stripping event to investigate the influence of galactic structure on the observed properties of NGC 4388. The combination of a deep optical spectrum of the outer gas-free region of the galactic disk together with deep HI, Hα, far-ultraviolet, and polarized radio continuum data allows us to constrain numerical simulations to derive the temporal ram-pressure profile, the three-dimensional velocity vector of the galaxy, and the time since peak ram pressure with a high level of confidence. From the simulations, an angle between the ram-pressure wind and the galactic disk of 30° is derived. The galaxy underwent peak ram pressure ∼240 Myr ago. The observed asymmetries in the disk of NGC 4388 are not caused by the present action of ram pressure, but by the resettling of gas that has been pushed out of the galactic disk during the ram-pressure stripping event. For the detailed reproduction of multi-wavelength observations of a spiral galaxy that undergoes or underwent a ram-pressure stripping event, galactic structure, such as spiral arms for example, must be taken into account. 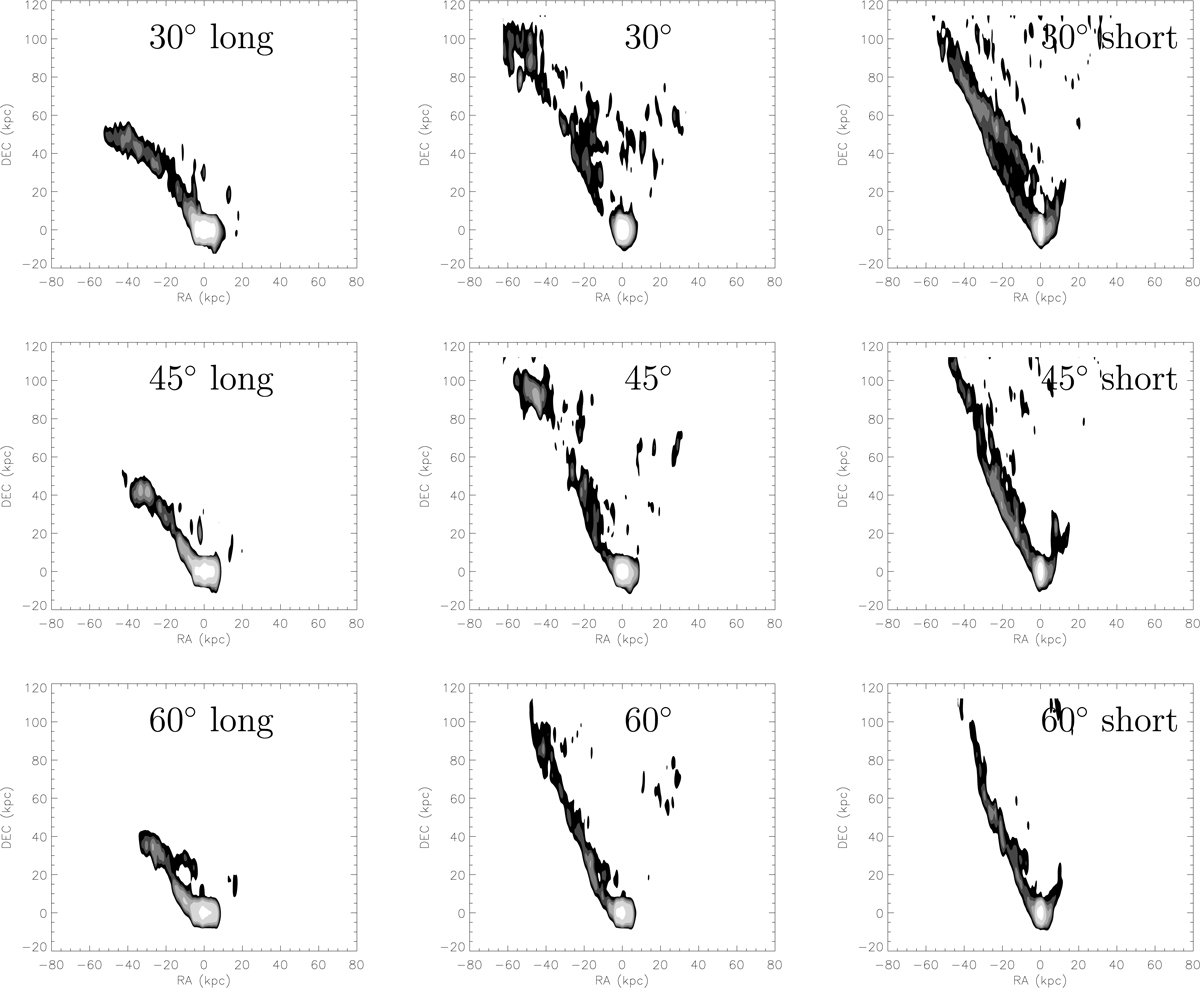