Core-collapse supernovae in the hall of mirrors. A three-dimensional code-comparison project

Context. Modeling core-collapse supernovae (SNe) with neutrino transport in three dimensions (3D) requires tremendous computing resources and some level of approximation. We present a first comparison study of core-collapse SNe in 3D with different physics approximations and hydrodynamics codes.
Aims: The objective of this work is to assess the impact of the hydrodynamics code, approximations for the neutrino, gravity treatments, and rotation on the simulation of core-collapse SNe in 3D.
Methods: We use four different hydrodynamics codes in this work (ELEPHANT, FLASH, fGR1, and SPHYNX) in combination with two different neutrino treatments, the isotropic diffusion source approximation (IDSA) and two-moment M1, and three different gravity treatments (Newtonian, 1D General Relativity correction, and full General Relativity). Additional parameters discussed in this study are the inclusion of neutrino-electron scattering via a parametrized deleptonization and the influence of rotation.
Results: The four codes compared in this work include Eulerian and fully Lagrangian (smoothed particle hydrodynamics) codes for the first time. They show agreement in the overall evolution of the collapse phase and early post-bounce within the range of 10% (20% in some cases). The comparison of the different neutrino treatments highlights the need to further investigate the antineutrino luminosities in IDSA, which tend to be relatively high. We also demonstrate the requirement for a more detailed heavy-lepton neutrino leakage. When comparing with a full General Relativity code, including an M1 transport method, we confirm the influence of neutrino-electron scattering during the collapse phase, which is adequately captured by the parametrized deleptonization scheme. Also, the effective general relativistic potential reproduces the overall dynamic evolution correctly in all Newtonian codes. Additionally, we verify that rotation aids the shock expansion and estimate the overall angular momentum losses for each code in rotating scenarios. 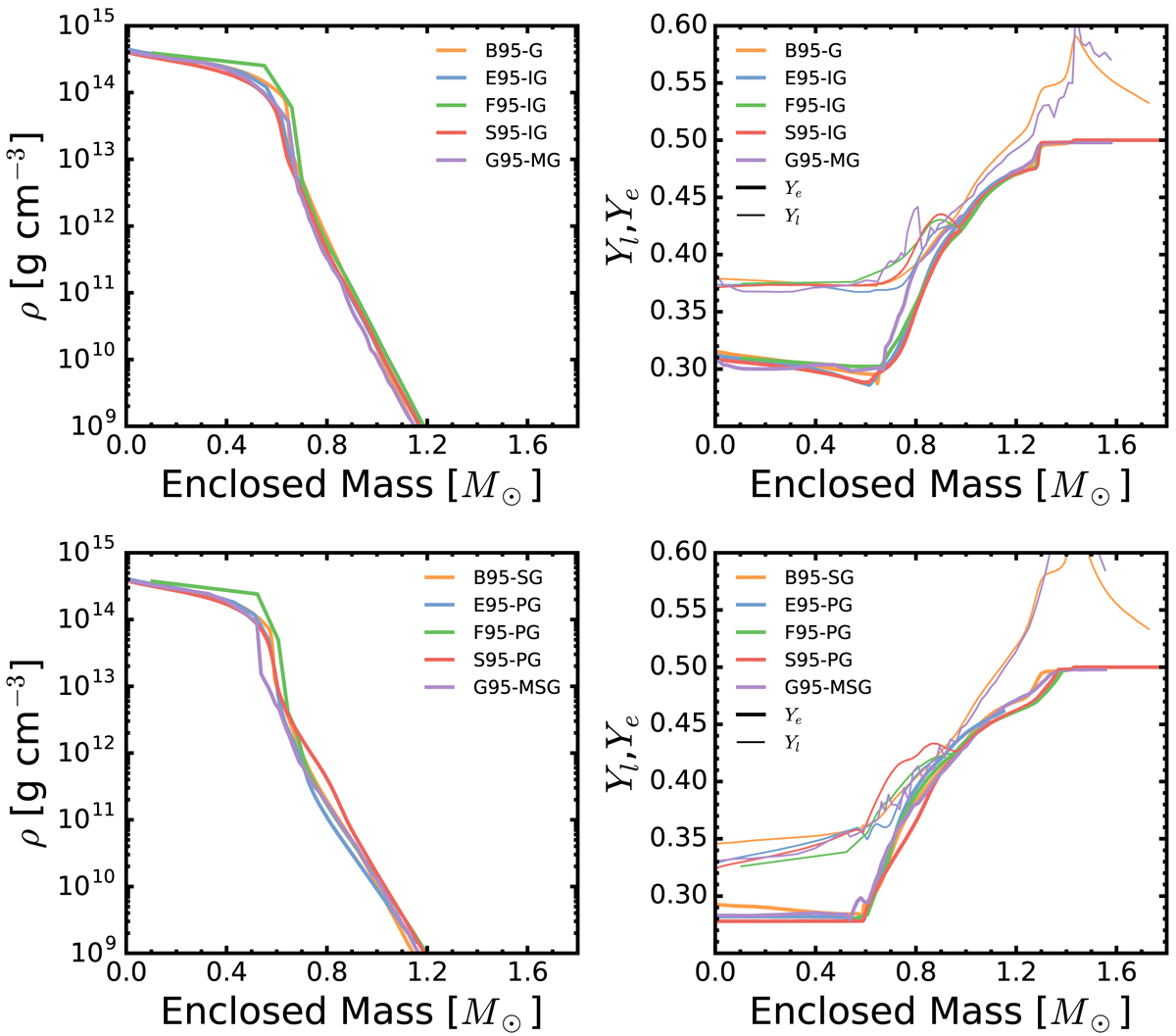