A proper understanding of the Milky Way (MW) dwarf galaxies in a cosmological context requires knowledge of their 3D velocities and orbits. However, proper motion (PM) measurements have generally been of limited accuracy and are available only for more massive dwarfs. We therefore present a new study of the kinematics of the MW dwarf galaxies. We use the Gaia DR2 for those dwarfs that have been spectroscopically observed in the literature. We derive systemic PMs for 39 galaxies and galaxy candidates out to 420 kpc, and generally find good consistency for the subset with measurements available from other studies. We derive the implied Galactocentric velocities, and calculate orbits in canonical MW halo potentials of low (0.8 × 1012 M⊙) and high mass (1.6 × 1012 M⊙). Comparison of the distributions of orbital apocenters and 3D velocities to the halo virial radius and escape velocity, respectively, suggests that the satellite kinematics are best explained in the high-mass halo. Tuc III, Crater II, and additional candidates have orbital pericenters small enough to imply significant tidal influences. Relevant to the missing satellite problem, the fact that fewer galaxies are observed to be near apocenter than near pericenter implies that there must be a population of distant dwarf galaxies yet to be discovered. Of the 39 dwarfs: 12 have orbital poles that do not align with the MW plane of satellites (given reasonable assumptions about its intrinsic thickness); 10 have insufficient PM accuracy to establish whether they align; and 17 satellites align, of which 11 are co-orbiting and (somewhat surprisingly, in view of prior knowledge) 6 are counter-orbiting. Group infall might have contributed to this, but no definitive association is found for the members of the Crater-Leo group. 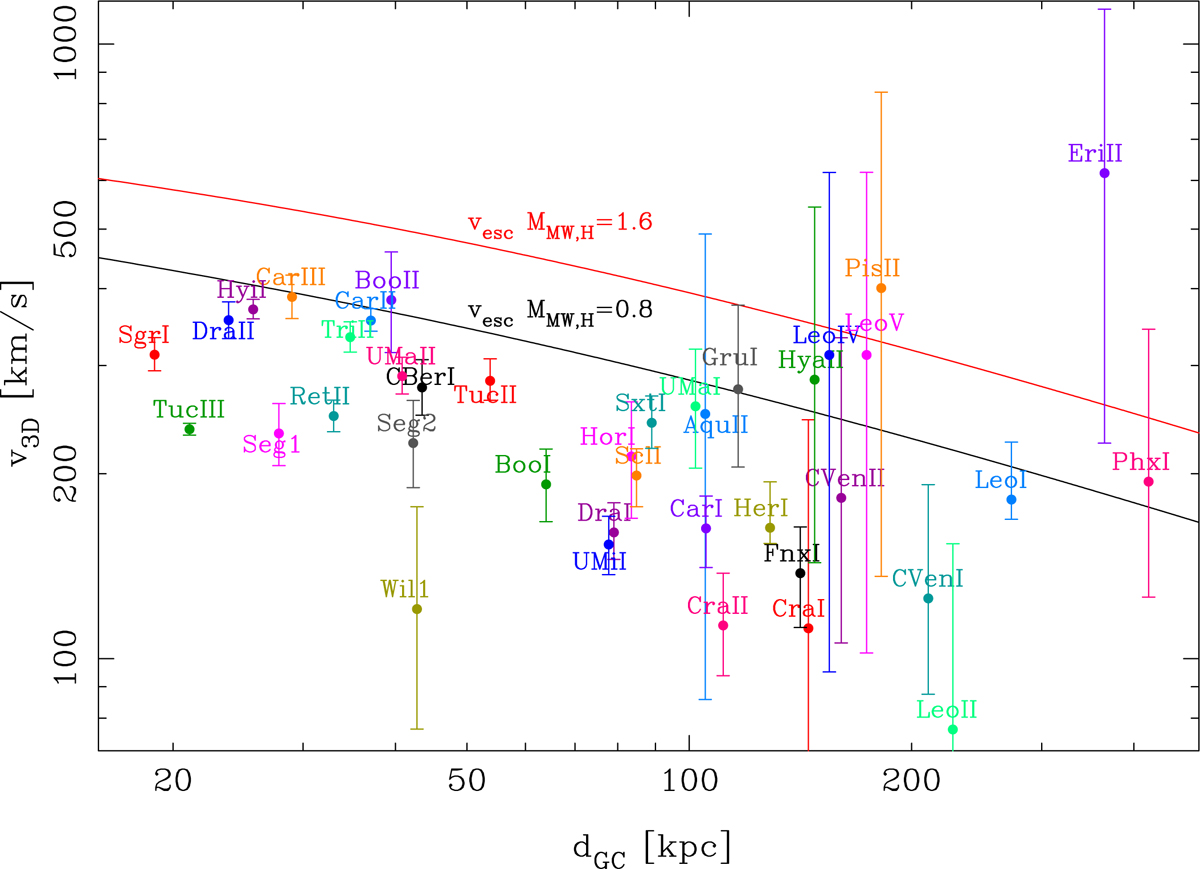