Riding the kinematic waves in the Milky Way disk with Gaia

Context. Gaia DR2 has delivered full-sky six-dimensional measurements for millions of stars, and the quest to understand the dynamics of our Galaxy has entered a new phase.
Aims: Our aim is to reveal and characterise the kinematic substructure of the different Galactic neighbourhoods, to form a picture of their spatial evolution that can be used to infer the Galactic potential, its evolution, and its components.
Methods: We take approximately 5 million stars in the Galactic disk from the Gaia DR2 catalogue and build the velocity distribution in different Galactic neighbourhoods distributed along 5 kpc in Galactic radius and azimuth. We decompose their distribution of stars in the VR-Vϕ plane with the wavelet transformation and asses the statistical significance of the structures found.
Results: We detect distinct kinematic substructures (arches and more rounded groups) that diminish their azimuthal velocity as a function of Galactic radius in a continuous way, connecting volumes up to 3 kpc apart in some cases. The average rate of decrease is ∼23 km s-1 kpc-1. In azimuth, the variations are much smaller. We also observe different behaviours: some approximately conserve their vertical angular momentum with radius (e.g. Hercules), while others seem to have nearly constant kinetic energy (e.g. Sirius). These two trends are consistent with the approximate predictions of resonances and phase mixing, respectively. Besides, the overall spatial evolution of Hercules is consistent with being related to the outer Lindblad resonance of the Galactic bar. In addition, we detect new kinematic structures that only appear at either inner or outer Galactic radius, different from the solar neighbourhood.
Conclusions: The strong and distinct variation observed for each kinematic substructure with position in the Galaxy, along with the characterisation of extrasolar moving groups, will allow to better model the dynamical processes affecting the velocity distributions. 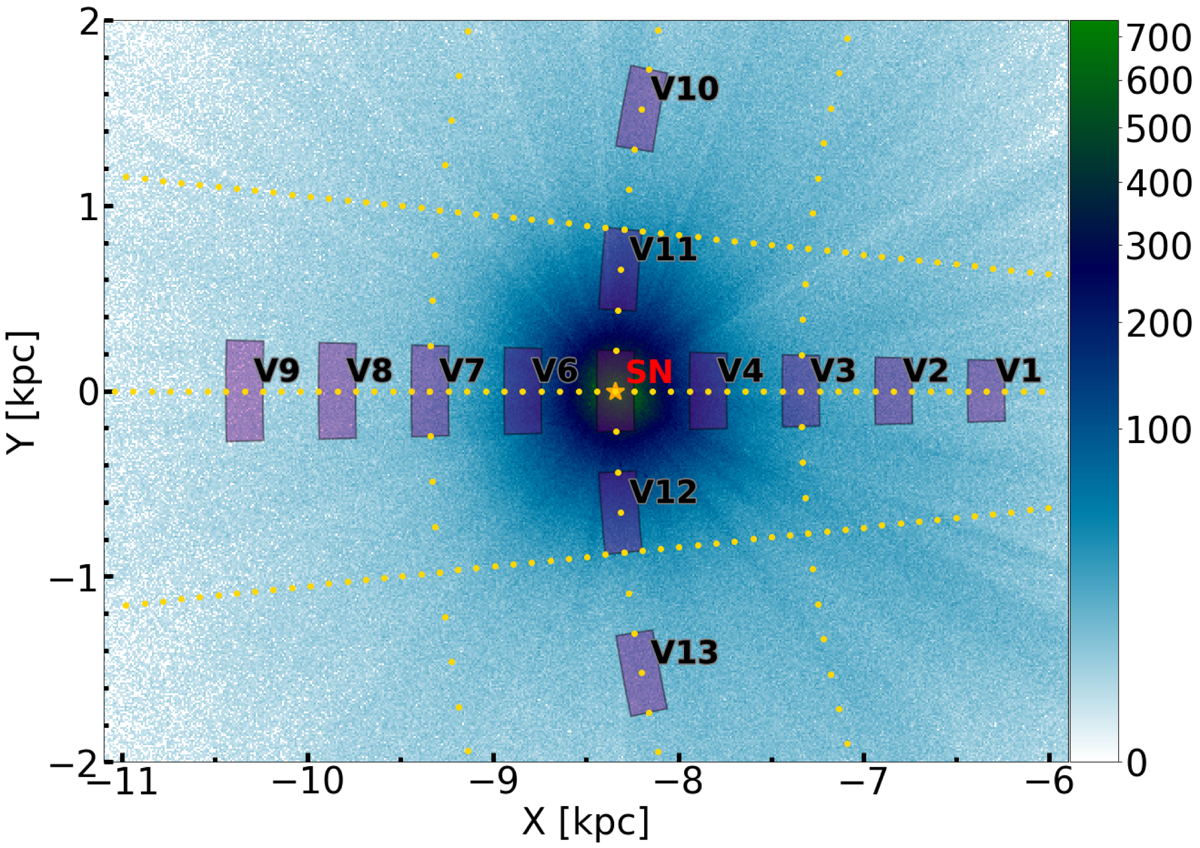